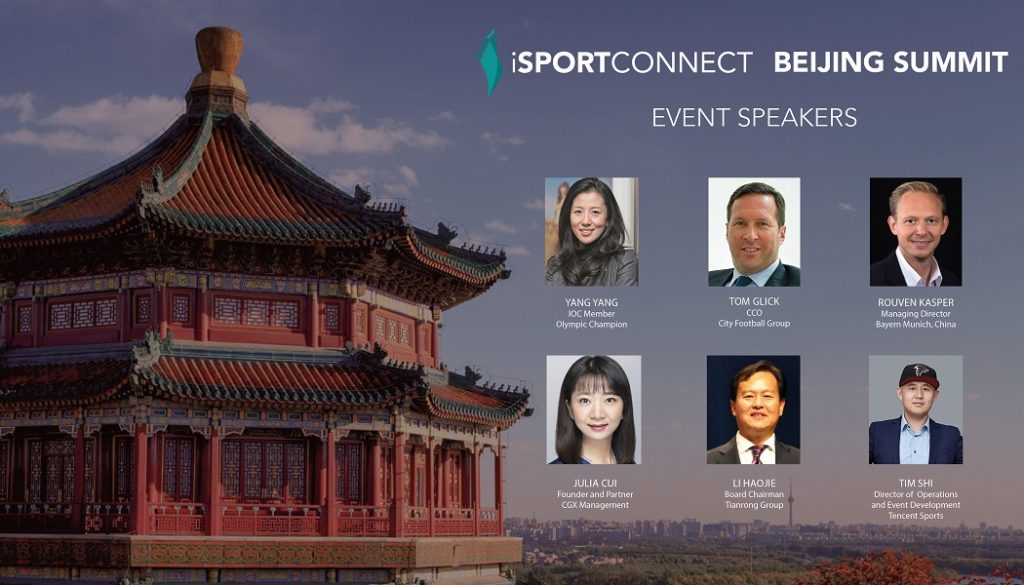 iSportconnect is delighted to announce that three additional guest speakers have been added to the lineup for the iSC Beijing Summit.

Shi has played a key role at Tencent since 2009, having overseen content operations at the 2010 FIFA World Cup, 2012 Olympic Games and 2014 FIFA World Cup. He has also led the organisation’s ambitious NBA project since 2015, following Tencent’s acquisition of an exclusive digital broadcasting rights package with the North American league.

Cui boasts two decades of experience in sports marketing and mass events, having held positions at Octagon and the Chinese Athletic Association. She has developed marketing strategies for high-profile sports properties such as the Chinese Olympic Committee, Badminton World Federation & Asian Beach Games and has also managed sponsorships for major brands including China Telecom, BMW, Red Bull and Li-Ning. Her current focus is on the road running events industry, with the aim of boosting health, tourism and the economy in China.

The two-day event, which is set to be held at the iconic Water Cube, will incorporate panel discussion topics including football & grassroots development, the future of winter sport, tourism in China and the ‘one belt one road’ initiative.

Tom Glick, Chief Commercial Officer at City Football Group, will deliver a presentation highlighting how he has helped propel the organisation to the pinnacle of the footballing world.

Additionally, a series of workshops will give delegates an opportunity to develop best practices in regards to sponsorship, fan engagement, social media and international events.

Chatham House Rules will be strictly adhered to, helping to produce a relaxed environment in which to discuss potential partnerships and consider business opportunities.

The full lineup of speakers will be confirmed in due course.

∙ No agencies or press in attendance and as we follow Chatham House Rules, all panel discussions will remain confidential.