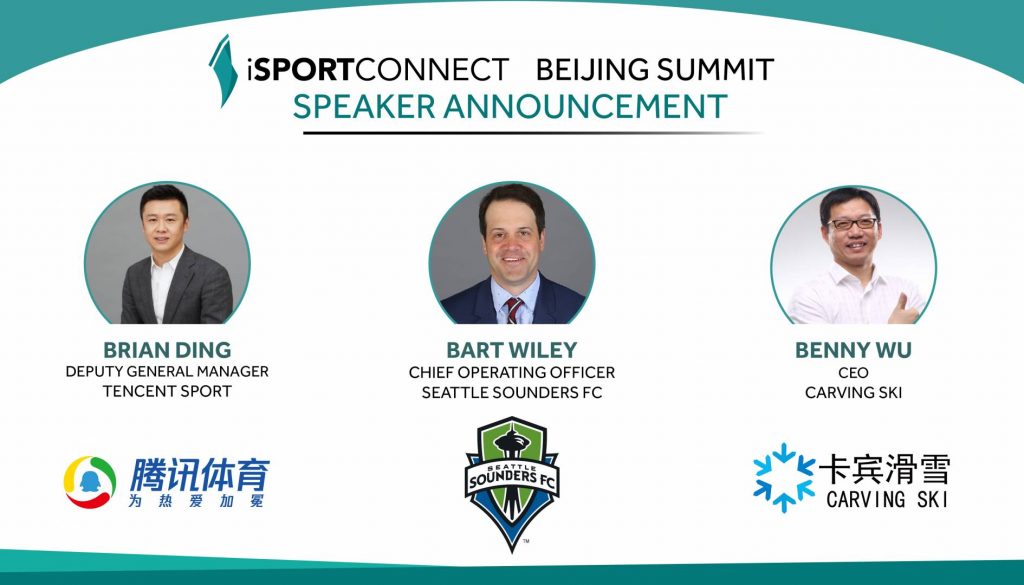 With just over a week to go, iSportconnect adds three additional speakers to the Beijing Summit. The Summit is taking place at the National Aquatic Centre, Beijing.

Bart Wiley, oversees all operations for Sounders FC , having won the MLS Operations Director of the Year award during Sounders FC’s inaugural 2009 season. Having spoken at numerous conferences in the past in Europe, Japan and Australia, Bart is looking to increase the reach of Seattle Sounders FC.

Brian Ding joined Tencent in 2007. Under his leadership, his team has carried out a number of successful commercialization programs and developed benchmark campaigns which were highlighted by mega sports events, such as 2008 Beijing Olympics, 2010 FIFA World Cup in South Africa, and the 2012 London Olympics. Brian is also in charge of the commercial and business development of Tencent Sports.

Benny Wu is the CEO of Carving Ski and is also a distinguished expert of Beijing Sport University Heilongjiang Vocational College. In 2016 after Benny’s leadership and strategies, Beijing Carving Ski Group was listed on the New OTC and became the first company to have stock in the ice and snow industry.

iSportconnect looks to announce more speakers in the week running up to the event with delegates from across the globe to be in attendance.