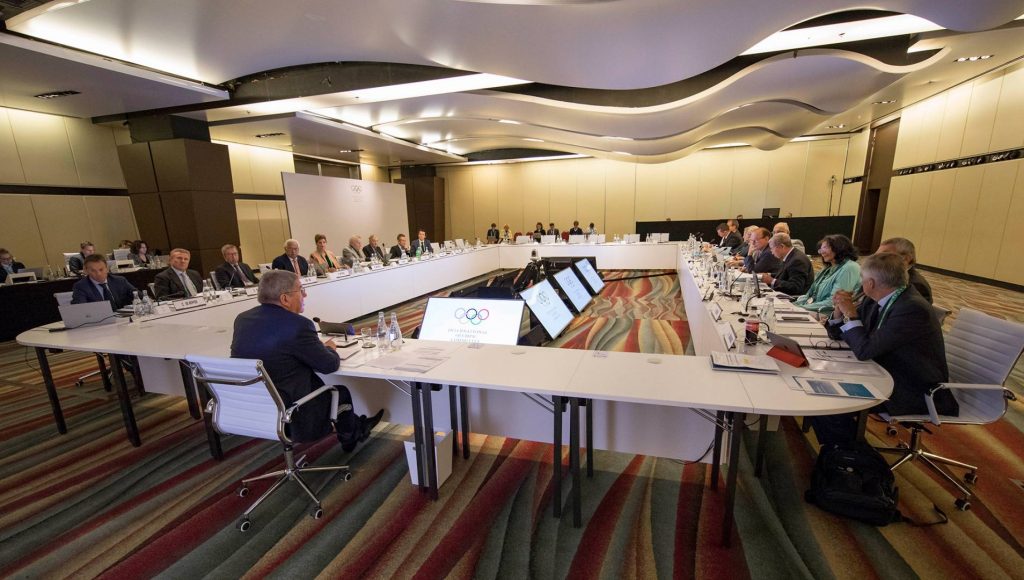 The Olympic Agenda 2020’s New Norm, the plan that offers cost-efficient, transparent and flexible delivery of the Olympic Games, has saved large amounts of money in the preparations for the Tokyo 2020 Games, the IOC reports.

Application of the New Norm to Tokyo 2020 has already entailed putting 49 measure in place, while another 41 will be fully or partially applied. Savings include $2.2 billion following the review of the venue masterplan that started in 2014, and subsequently hundreds of millions of dollars in additional OCOG and non-OCOG budget savings.

At the IOC Executive Board meeting October 4 in Buenos Aires before the Youth Olympic Games, Tokyo 2020 Coordination Commission Chair John Coates confirmed that cost-cutting efforts would continue through to the Closing Ceremony.

The New Norm was partially applied for the Olympic Winter Games PyeongChang 2018, resulting in a reduced the number of accredited seats and elimination of the secondary International Broadcast Centre (with use of an existing building for the Main Press Centre instead).

In the lead-up to the Olympic Winter Games 2026 (whose host city will be chosen next year), New Norm measures have led Interested Cities to propose using existing venues for approximately 80% of the Games, compared to 60% per cent on average for the Candidate Cities in 2018 and 2022.

Budgets for the Interested Cities for 2026 have already come down by an  average of 15% per cent compared to the past Olympic Winter Games candidature processes.