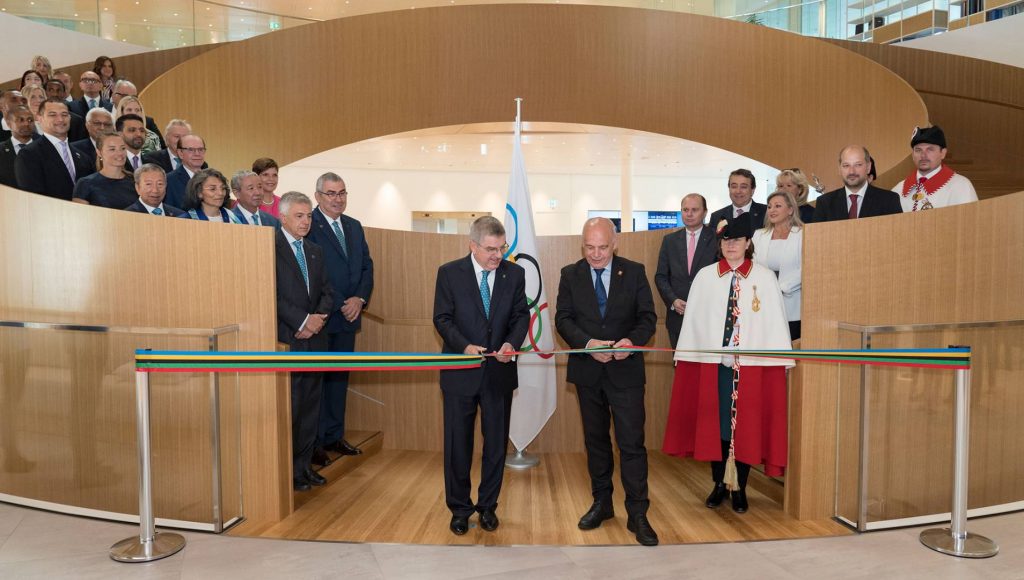 The International Olympic Committee celebrated its 125th anniversary on Sunday with the inauguration of its new headquarters in Lausanne. You can see President Thomas Bach’s introduction to the new building on iSportconnect TV in a video produced by the IOC for the occasion.

Built at a cost of about €130 million, the modern glass and steel structure has a solar-panelled roof and was constructed in the place of the old headquarters on the shores of Lake Geneva.

The new building was designed by Danish architects 3XN and inspired by the shape of a dove with a large central staircase made of five rings, meets stringent environmental and sustainability standards.

It will house all 500 IOC employees under one roof instead of several locations around Lausanne as was the case in the past.

“Of course, we wanted to bring together everyone, the Olympic family and all IOC staff, under one roof,” Bach said.

“At the same time, we want the Olympic House to incorporate the elements of sustainability, credibility and youth. The building reflects these three elements that are so central to our mission.”