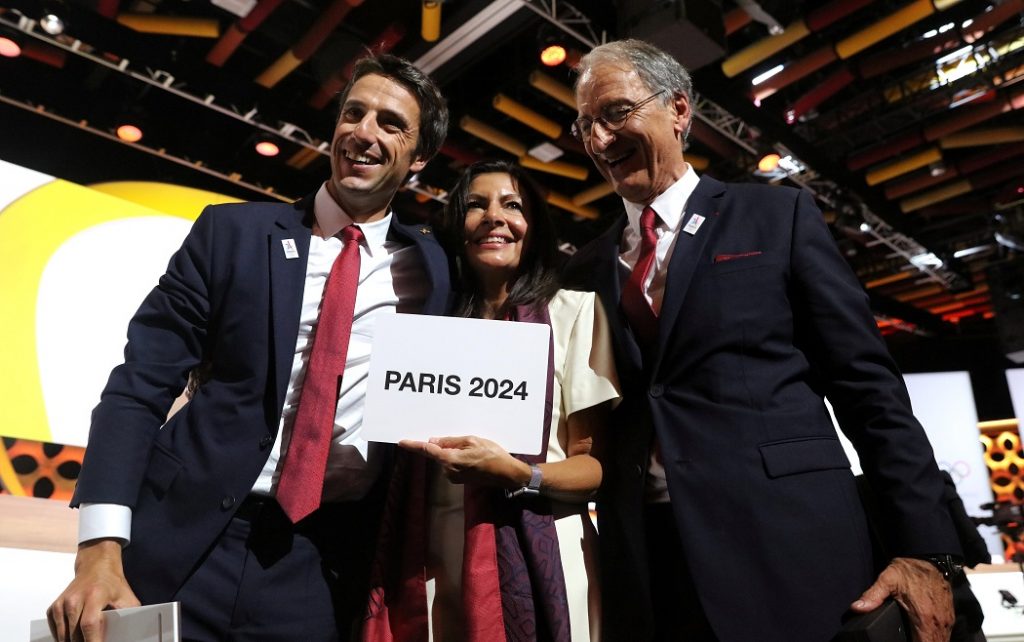 While Nobel Laureates represent advancements in humanity and the Oscars spotlight outstanding movies, casts and crews, the Olympics stands alone as the world’s biggest and most sought after peacetime event, and the process of selecting cities to host the Games has become a fixture on the international calendar, attracting world-wide interest and attention as cities compete for the votes of International Olympic Committee (IOC) members to stage the most glittering prize in global sport.

Competition between cities is particularly intense in the final countdown to voting day, with international celebrities and political leaders typically enlisted in last minute lobbying to win IOC favour. Former US President Barak Obama and First Lady Michelle, UK Prime Minister Tony Blair and others including Henry Kissinger, have all attended final presentations, following in the footsteps of former Australian Prime Minister, Paul Keating, one of the first national leaders to address the IOC, and helping Sydney to win the vote to stage 2000 Olympic Games.

The vote by IOC members in Lima overnight formally awarding the 2024 and 2028 Olympic Games to Paris and Los Angeles respectively, was filled with drama and urgency of a different kind – to secure Olympic Games cities.

While the occasion may have been more ceremonial than celebratory, in contrast to the grandeur of previous host city election galas and gatherings, lacking in celebrities and political heavyweights, as managed by the IOC to reflect the fragility and austerity of the current times, the Lima vote was also historic – for the first time, the bid outcome was preordained rather than going to a final preferred city vote of IOC members.

The new dual Games approach, led and developed by IOC President Thomas Bach and IOC Vice Presidents, including John Coates, is designed to give the Olympic Movement time to stabilise and reform the host city selection process that has pushed the Olympics close to the brink as the pool of cities seeking to host the Games continues to shrink.

The consecutive 2024-28 Games announcement to Paris and LA – cities that have each hosted the Games twice before – signals a new and more conservative era within the Olympic Movement after the disappointments of Sochi and Rio Games, and is likely to steer the Olympics away from new cities and territories in the short term at least, and back to cities and regions with more stable social, political and economic environments and proven expertise and infrastructure for major events. This includes North America, Australasia, and western Europe.

This will help to protect the integrity of the Olympic Games experience and values until global conditions improve and become more stable and predictable for delivering major international events.

The formal awarding of the 2024 and 2028 Games marks a new era for the world-wide Olympic Movement, which has more member nations and territories than the United Nations.

Congratulations @Paris2024, who have been awarded the Olympic Games for the third time! pic.twitter.com/ldjnNYKiUI

The 2024-28 Games deal with Paris and LA recognises that the traditional bid model is no longer fit for purpose in the continuing global uncertainty, marked by terrorism, low economic growth, civil wars and tides of mass migration, which have changed conditions and community and financial priorities of potential bid cities.

The new double Games plan ratified in Lima sees the IOC executive taking greater control of the bidding process, which has produced a number of host cities that have failed to deliver Games conditions and experiences promised in Candidature files and manifestos, threatening the aura and image of the Olympic Games.

Following Games in Sochi, corrupted by systematic doping programmes and record high Games and infrastructure costs, and the problem plagued planning of the Rio Games which included delayed, polluted and often empty venues, the new dual Games approach unveiled in Lima is also designed to reduce the risk of staging the Games in volatile and unstable regions and cities.

With conditions on the Korean Peninsula continuing to deteriorate, threatening the Pyeonchang 2018 Winter Games – and even the Tokyo 2020 Summer Games in the longer term – as North Korea continues to rapidly develop a growing arsenal of nuclear missiles, the decision to award the Games simultaneously to Paris in 2024 and Los Angeles in 2028 will see the Olympics return to former host cities in Europe and the United States, providing shelter for the Games in uncertain times.

The parallel planning of the 2024-2028 Games also provides the Olympic Movement with the potential to swap and reverse the 2024-28 Games sites in unforeseen circumstances.

The dual Games announcement in Lima heralds the most profound change ever to the bidding process, which has been central to the evolution of the Olympics as the world’s premier and most popular global event.

As the Games has grown and globalised, the host city selection process morphed into a beauty pagent for cities queuing to stage the Olympics.

Designed originally to select locations with the necessary facilities to stage Olympic sporting competitions and protect the welfare of athletes, the selection process also showcases the sporting culture and wider capabilities and features of host cities on a global scale.

The 2012 Olympic Games cycle was the high point of this traditional bidding process, producing a bid campaign that engaged the world like never before as London, New York, Paris, Madrid and Moscow promoted Games blueprints for sport in iconic city landscapes and locations.

Never before had such a galaxy of the world’s leading cities competed against each other for Olympic Games, creating global headlines in a series of spectacular presentations that featured national and international leaders, including the British and French Prime Ministers, global sports super stars such as David Beckham, and internationally admired and respected figures such as the late Nobel Peace Prize recipient Nelson Mandela, along with stunning city skylines, landmarks and sports settings as bid teams criss-crossed the continents to make their case.

Driven by sport, under the direction of Bid chairman, Seb Coe and British Olympic Association President, Sir Craig Reedie, and supported by Jowell and former Mayor of London Ken Livingstone, London’s bid provided the vision and foundations for Games that would unite the nation and the world through spectacular sport, inspire a generation of young people and deliver positive life changing community benefits and legacies.

The 2012 Games process proved that good Games develop from well managed bids and cities with strong political and public support.

Subsequent Olympic controversies have hit the bid process with gale force. London’s come-from-behind victory was too close to call, in contrast to Rio’s surprise comfortable victory four years later in Copenhagen, which is now the subject of vote buying allegations and investigations involving former Rio bid and organising committee leader, Carlos Nuzman, who denies all allegations of impropriety or wrong doing.

The dwindling number of bid cities reached a crisis point in the current bid cycle as Boston, Hamburg, Rome and Budapest were all forced to withdraw due to a lack of community and political support, and the 2024 Olympic Bid cycle became less of a race and competition than game of survival.

Staging the Olympic Games, the biggest event on the planet, is more difficult than ever in these troubled times, and moving forward the IOC will need to develop more independent and detailed systems of knowledge across all key areas of potential host cities and nations in relation to the Games, including public support, economic development and growth, transport, international trade and security relations, and internal and external defence systems and alliances, key areas for Games success in the current era.

This will help to ensure that future Games cities are not selected on incomplete, inaccurate or misleading information.

The IOC is hoping the new dual Paris-LA Games plan will restore confidence in the Games by showcasing the planning, delivery and impact of the Games in two of the world’s great cities.