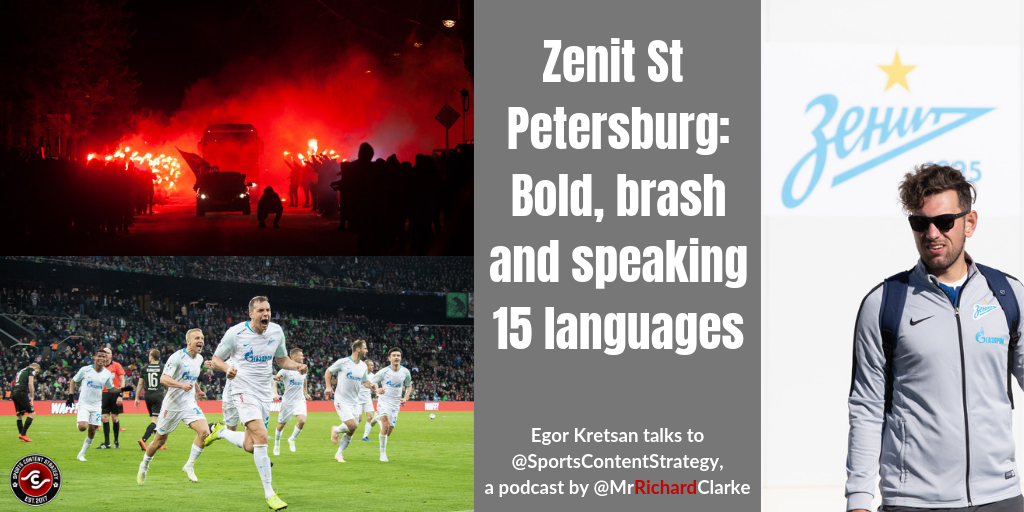 iSportconnect is delighted to introduce a new collaboration with @SportsContentStrategy, a podcast by @MrRichardClarke exploring sports content, digital and social media by talking to players, executives, coaches, creators and specialists.

Speaking to the SportsContentStrategy podcast, he outlined his approach.

“Firstly, we don’t use the word ‘post,’ we prefer to use the word ‘talk.’ Obviously Russian is our main language. So, 100% of the content we produce is in Russian and the percentage reduces from there. In English, we’re going to have maybe 80%, and then lower and lower [for different languages]. Recently, we have started to produce content to talk to our fans in Persian, specifically a language called Farsi.”

“That happened because of Sardar Azmoun, the most popular athlete and one of the most popular people in Iran, joined the team. It was impossible to ignore how many Iranian fans came to our platforms, especially Instagram and Telegram. There was no choice, we just had to find a solution. So, we found an editor to help us with that.”

“[A few years ago] we noticed that we have a [wide] fanbase abroad. There were groups on Facebook and other platforms, where they kept posting content in their own languages. And there was an audience too. So, we built a programme, we called them ‘official fan blogs.’ We just said ‘OK, we’re going to give you a platform, we’re going to give you support, we are going to give you benefits like access to the team itself, or if we play in your country, we can provide you with tickets, or even media credentials’. That way you can become a part of a club, you can participate. And for some people, it really means something.”

“We decided not to go with an agency just because you lose the personal touch. They treat it like a very formal job. They put in the text and then, at the end of the month, they charge you for a specific amount of words. It is just a technical job.“

“At first, we took more of an opportunistic approach [to new languages]. Now, it has become a strategy. We have seen that it has worked so now we can replicate. We even have an internal competition between bloggers every month. We compare the numbers and we give a special prize to the fan blog that has performed the best.”

“For us, it’s about building relationships. It’s not like, ‘OK, we’re going to send you something twice a week just translate it and put it on the website.’ Now we have a community, a true community, and people talking to each other. They talk to us and we talk to them on a daily basis. It has worked out well for us.”

For the full interview with Egor Kretsan and the back catalogue click here.