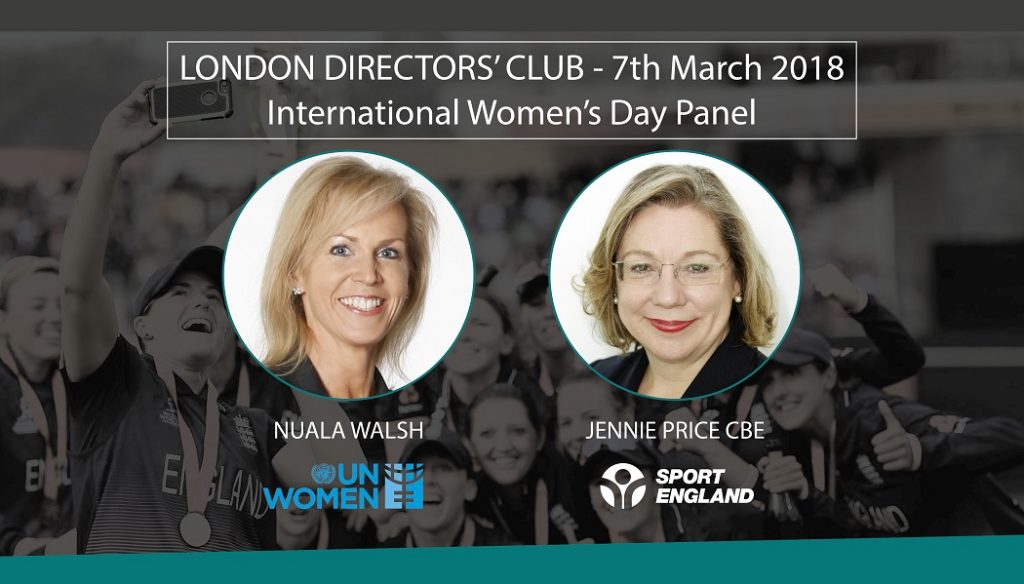 iSportconnect is delighted to announce that Nuala Walsh and Jennie Price CBE have been added to the speaker lineup for the Women in Sport Panel, which will take place at the upcoming Directors’ Club on March 7.

Through the panel we want to commemorate the International Women’s Day week which ​​celebrates the social, economic, cultural and political achievements of women and also marks a call to action for accelerating gender parity. Panel discussion topics are set to focus on the importance of gender equality, the root of bias and discrimination behaviour and why it touches all in sport.

Walsh is set to bring significant value to the content programme, courtesy of her role as Board member of UN Women (UK), the only global entity dedicated to gender equality and the empowerment of women, and that as Chief Marketing Officer at Standard Life Aberdeen.

Additionally, Walsh serves as a member of The Football Association’s Inclusion Advisory Board and works with the IAAF on achieving equality in athletics.

Price will offer delegates expert insight too, having served as Chief Executive Officer of Sport England since April 2007. Under her leadership, Sport England has seen the number of people regularly participating in sport grow by 1.6 million people since London won the bid to host the Olympic Games in 2012.

Price also led the team that commissioned the multi-award winning ‘This Girl Can’ campaign, which received substantial support and acclaim.

There will also be a one-on-one interview with Steve Brown, Chief Executive Officer at the Rugby Football Union, providing those in attendance with a unique insight into one of British sport’s biggest governing bodies.

A series of networking sessions will ensure there is ample opportunity to debate industry best practices, discuss business opportunities and forge new relationships. Chatham House rules will be strictly adhered to, promoting a free exchange of ideas within the room.

The venue and full speaker lineup for the event will be confirmed in due course.