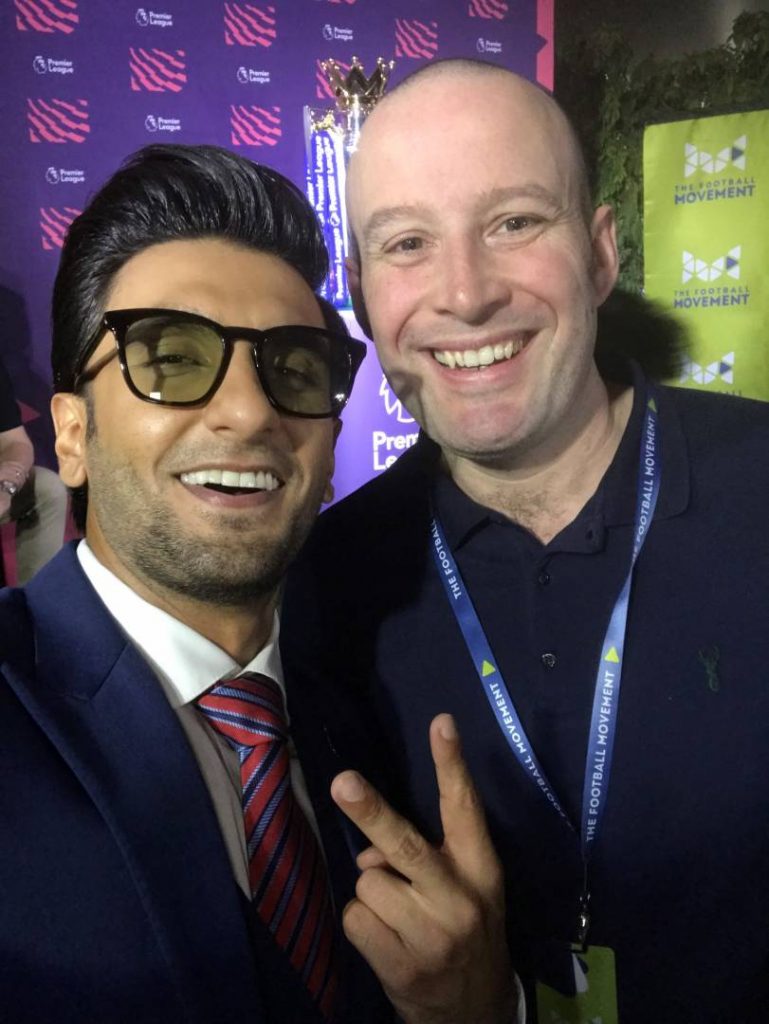 Indian Football: Threshold of a Revolution

“Indian Football is on the threshold of a revolution”

So said Kushal Das, General Secretary of the All Indian Football Federation (AIFF) during a meeting last week with a UK Government trade delegation to India to explore opportunities in this developing sport. Having spent a week in India, it’s hard to argue with him.

If you took a snap survey of a hundred people from any UK street and asked them to name the most popular Indian sport, it’s unlikely anyone would state football.  In fact, so ingrained is the behemoth of cricket in Indian sporting culture that the answer wouldn’t be any different on the streets of Delhi or Kolkata. Hockey and Kabaddi are more popular than the Beautiful Game.

The development of football, and its popularity is developing at an exponential rate across a population of over one billion but it would be a mistake to suggest that it’s a new sport. “The AIFF has been in existence for over 70 years”, said Kushal. Formed in 1948, it’s only in the last decade or so that they have had an office to call their own because “there hadn’t been much structure”.

The deep roots of Indian football

The history of Indian football goes back even further than the last century, with the Durand Cup founded in 1888 by India’s then Foreign Secretary Mortimer Durand. It’s the third oldest football competition behind the FA Cup and the Scottish Cup, created as a recreation for British troops stationed in India.

In the modern day game, football is changing rapidly and to add to the complexity, India now sports two professional football leagues: the I-League and the Indian Super League (co-owned and developed by IMG Reliance and Star Sports).

Currently, only the I-League is FIFA sanctioned but the AIFF recognises the challenge of running two leagues in a country and splitting the popularity vote in a sport that isn’t the most popular to begin with.

Nonetheless, Indian football is keen to capitalise on the international recognition it received on the back of a hugely successful U-17 World Cup in 2017. For the first time in its history, India hosted a World Cup, and set about maximising stadium attendances through a range of measures, not least taking future tickets from anyone who didn’t turn up for a match, and in stating the monetary value of any complimentary tickets. This was an exercise in building value for the love of the game. And it worked.

Joy Bhattacharya, Project Director for the U17 World Cup tells the story of an Indian couple who had travelled the world to watch multiple World Cups, such was their passion for football. When the U-17 World Cup was hosted in India they were given VIP passes because, in Joy’s words “this is your World Cup”.

Still, significant challenges remain for India, not least developing a sustainable commercial model for football. In a culture where pay-per-view TV subscriptions are very low per capita, and where many tickets to football matches are given away at little or no cost, it is advertising where the potential revenues might come from. Yet for all it’s beauty, football will always struggle to compete with the high-frequency ad-friendly breaks in cricket.

Fundamentally, it is this conundrum: getting the right commercial model and unlocking the disposable income of the burgeoning middle class which is taxing the minds of those with the responsibility of developing the game within India.

The popularity of football is growing, partly through organic development of the game, but also because of the growing love across India for football in the UK, particularly Premier League clubs, some of whom have had an active academy presence within India for many years through the great work of companies like India on Track, who not only provide coaching skills but also life skills for children across India.

However, it remains at the top end where the driver for football growth remain the strongest and when Bollywood stars are overawed and star struck by ex-Premier league footballers, it gives you a sense of the scale and opportunity.

The reaction to Nemanja Vidic at his arrival at the Football Movement Conference, his first time in India, was, he said, a huge surprise to him. The admiration was perfectly captured during an audience Q&A when one delegate barely managed to compose himself to start off his question with a croaky and emotional “Nemanja, I love you. You are the best centre-half I have ever seen” forcing host Manish Bhaisin to state with utmost professionalism “I’m hoping there’s a question in here somewhere…”

It is clear that Indian football has until now and also by necessity, broadly taken a top-down approach to development; from Premier League presence through to celebrity Bollywood ambassadors such as Ranveer Singh, a massive Arsenal fan. It makes sense: there is little point in India investing in grassroots infrastructure and the development of the professional game if there is no public interest in watering those roots.

But to grow sustainably, Indian football also needs a bottom up approach. The AIFF recognises this, as does the Ministry of Sport and Youth Affairs who want to see a significant growth in the grassroots game. More pitches, kit and coaches are needed desperately if India is to capitalise on the huge explosion in popularity. With every other village in Kashmir now having a football team there is a generation in waiting.

The power of football as an enabler for social change across India is huge, with movements such as Football for Peace helping to bring football to remote communities, and strengthening those communities through the simple process of kicking a bag of air around. Outstanding.

Of course, every child playing football needs a route through to the professional game in India and clubs within India are starting to recognise the importance of youth development. The AIFF is committed to youth development through the ‘Baby Leagues’ movement and Mumbai City is one team that already has an active development programme.

It’s difficult, though, to argue against the view that what Indian football needs is a superstar, someone to catapult the game onto the next level. It hasn’t happened yet, and might not for a few years but the ripples are there. You may not have head of Edu Garcia but remember his name.  Just last week a landmark was reached in Indian football with Edu the first player ever to be sold to a club outside of India for a transfer fee, moving from Bengalaru FC to Chinese League one side Zhejiang Lucheng.

I was lucky enough when I was in India to take in my first Indian Super League match as Mumbai City took on North-East United. You can’t ask for anymore than a five-goal thriller with the winner coming in the 94th minute. Jeff Stelling would have loved it. So, a 3-2 win for Mumbai and my heart was sold with a Mumbai City flag now proudly displayed in my house.

And what of the quality of the football? Well, I’m no Pep Guardiola but I am a Level 1 FA coach, having coached the U-10 Buxton Girls to an unprecedented double-treble so I’m pretty much an expert scout, tactician and manager all rolled into one…

My conclusion is, technically, not bad, although it’s hard to compare with the UK leagues because the humidity and heat led to a fairly low-pressing game. But there were some good players and plenty of exciting moments.

There are no official crowd attendance figures but we estimated about 2000 people in a stadium that holds c10,000. So, there is plenty of headroom for the game to grow and the challenge for India is doing that in a commercially sustainable way, that excites the fans, keeps them committed to the sport and encourages enough grassroots uptake to sustain the momentum of Indian football.

In conclusion, football in India is evolving, but it’s not crawling out of the sea to taste land for the first time. It’s already here, it has legs and it wants to run. Indian football exists in a country where the sporting tectonic plates are still continuously shifting and the final landscape it will call its home is some years away from being revealed.

But make no mistake, Indian football will be a part of it.