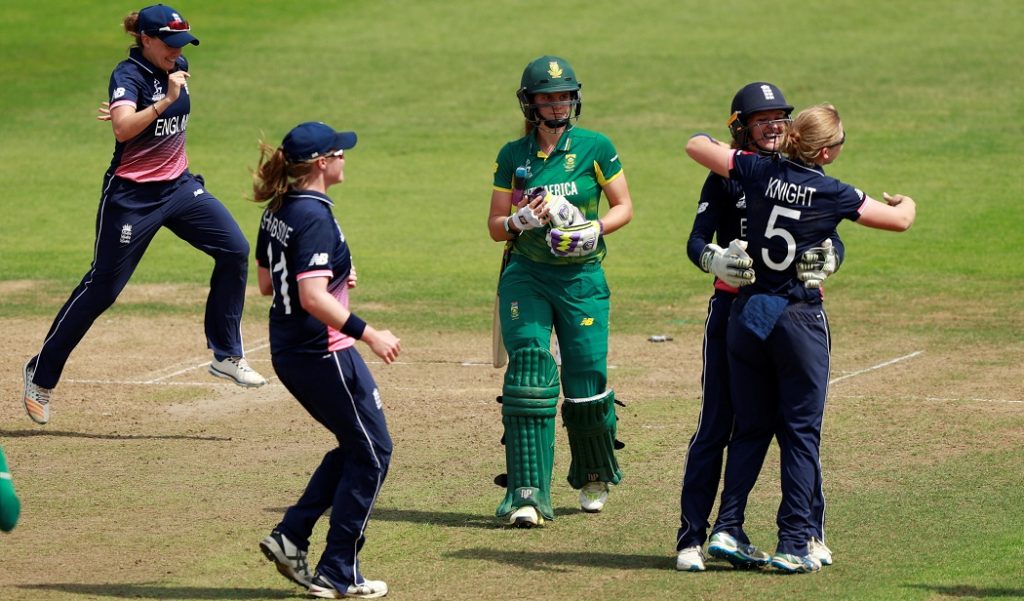 It will be the biggest crowd ever to attend an ICC Women’s World match which is fitting for a tournament that has shattered records on and off the field. More than 26,500 tickets have been sold for the event with only MCC Members able to purchase any remaining tickets.

Unprecedented media coverage, including all 31 games shown live for the first ever time, has seen a global audience of more than 50 million for the group stage games with ICC video content from the group stages being viewed more than 75 million times.

#WWC17 Final to be played in front of a full house at Lord’s on what will be an incredible occasion for cricket! ➡ https://t.co/DFDdsbhwpb pic.twitter.com/z9f0GFchZ1

Record-breaking global TV audiences have watched the group stage unfold with a staggering number following the event via digital channels. Viewing figures include:

Unlock #WWC17 captain emojis as part of our unprecedented coverage of the women’s game with @TwitterSports!

On the field, records have been shattered, providing fans with the highest quality Women’s World Cup to date (figures correct as at pre-semi-finals). The event has seen more runs, more wickets and more players than ever before competing for records on the global stage.

Steve Elworthy, the ICC Women’s World Cup Tournament director, said: “We promised that this would be the best-ever ICC Women’s World Cup and I believe that the statistics – on and off the field – show that we have delivered on that pledge. The attendances have been outstanding and they have been treated to some exciting, exhilarating cricket.’

Clare Connor, the chair of the ICC Women’s Committee, added: “The challenge for this tournament was to ensure that we showcased the talent of the world’s best cricketers, and to inspire the next generation of girls and women to engage with the game.

“The quality of cricket has been truly fantastic and the demographics of the crowds we’ve seen reveal that we have attracted thousands of girls and women to attend. Now we have to retain that level of interest to continue to build a new fan base and drive levels of participation, both in this country and around the world.”