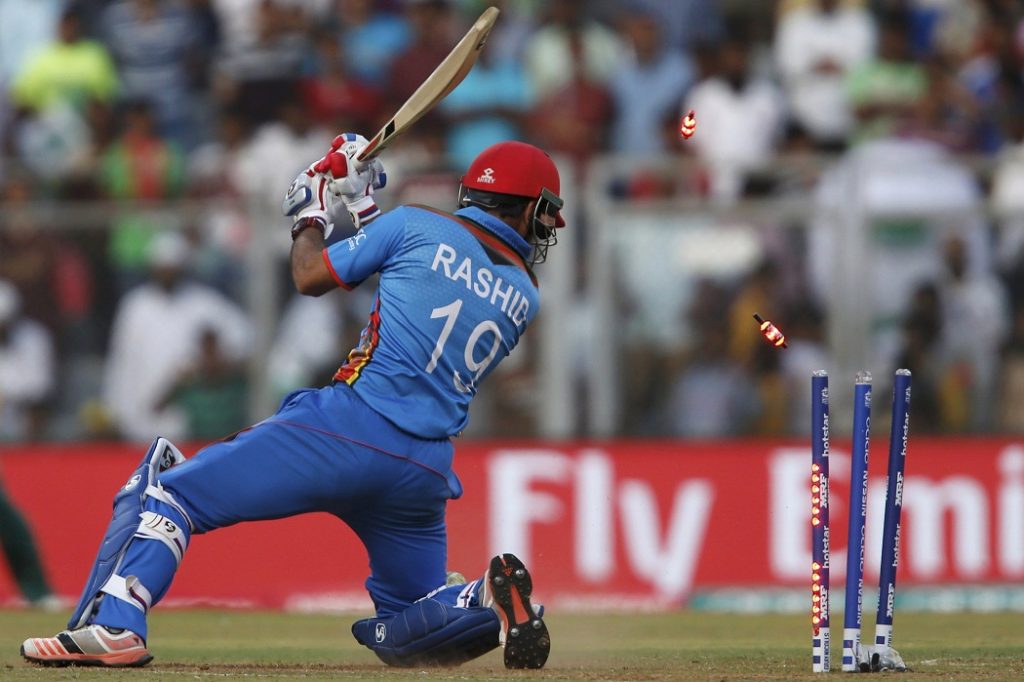 It has taken 108 years for cricket’s world governing body, the ICC, to grow to the point that it has but a dozen full members. That landmark was achieved on June 22 when the ICC Board approved the promotion of Afghanistan and Ireland to full membership status.

Both administrations deserve the highest praise for the hard work put into growing the sport in their respective jurisdictions (and I’m careful not to describe Ireland as one nation).

For Cricket Ireland, with Warren Deutrom as its CEO for the past decade, performance on the field has included wins over Pakistan, England and the West Indies in the last three World Cups; establishment of provincial competition at first-class multi-day level; and solid sponsorship deals.

Significantly, Ireland is now not only producing players of the calibre worthy of England selection, but also able to retain them within their own system (and in the case of Ed Joyce and Boyd Rankin, entice them back).

Welcome to the Test family!

Ireland and Afghanistan granted Test status by the ICC. pic.twitter.com/vwoLRaLX4f

For Afghanistan, it has been an even more spectacular rise to full membership, just 17 years after the ruling Taliban lifted its ban on the sport being played. Powered by players who learned the game whilst refugees in Pakistan, the Afghanistan Cricket Board (led by CEO Shafiq Stanikzai since 2008) has seen its national team rise from Division Five of the World Cricket League in 2008 to Division One – and a berth in the Twenty20 World Cup – just two years later.

Afghanistan’s success is even more remarkable considering that they are unable to host any international matches on home soil because of the inability to guarantee the safety of touring sides. Currently Greater Noida in northern India is Afghanistan cricket’s home away from home.

But what does full membership mean for Ireland and Afghanistan? Under the revised constitution of the ICC ratified last month, they each have a seat on the expanded Board, where previously their input was through the three representatives – with limited voting rights – of the collective Associate Membership.

In terms of ongoing participation in ODI and Twenty20 internationals, there is nothing new as the qualification pathways to World Cups remain the same. It gives them the access to play Test cricket, but against whom and when?

It appears that they will be encouraged to play against each other, plus 10th ranked Test team Zimbabwe. But while ever the Future Test Program is an instrument negotiated mutually between teams without ICC intervention, it is hard to see any more frequent competition at that level taking place.

As it stands, Test cricket worldwide is a loss-making venture in the majority of cases – the average loss per Test being estimated in the order of $0.5million across the board.

How do we feel this morning? @Irelandcricket is a full member of @ICC! #IrelandFullMember #Test pic.twitter.com/BU9TvGPwhV

But it is their allocation from the ICC’s revenue sharing model that could hamper their future growth. After the haggling, heated arguments and veiled threats over India’s lion share of the global revenue pie, Afghanistan and Ireland will each receive around $40million over the life of the ICC’s current media rights arrangements.

India will receive $405million dollars, England are set to earn $139million, seven other full members receive $128 million each and Zimbabwe are in line for $94million. About $200million remains to be split between the ninety-two Associate Members of the ICC.

Unlike the BCCI, which has just sold the naming rights of the IPL for five years for $400million, Cricket Ireland and the Afghanistan Cricket Board will both struggle to seal big money deals to fund domestic cricket, but both organisations appear well positioned to take on the challenge.