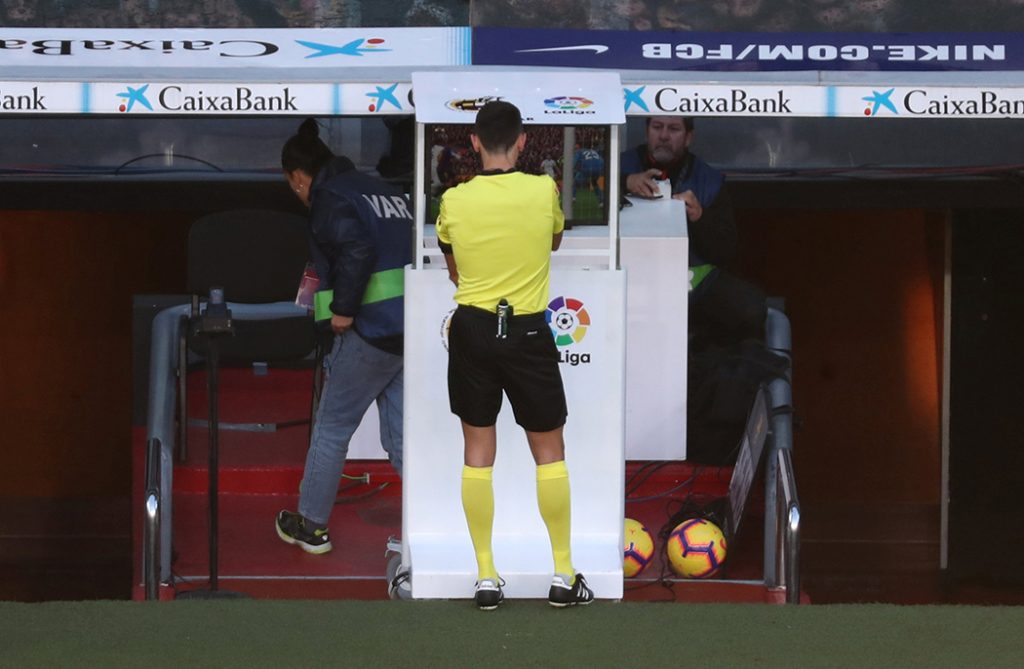 How LaLiga Has Embraced VAR

VAR (video assistant referee) technology, one of the most talked-about developments in global football over recent years, already plays a big part in the matches of Spain’s LaLiga (as the video below shows).

VAR provides a new way to help referees make more accurate decisions, but as with all technology, success depends on how well it is implemented and understood.

LaLiga has seen the importance of VAR since it was approved for experimentation by the International Football Association Board (IFAB) in early 2016. Since then, it has led a unique training programme that has involved workshops, studying other leagues, simulations for referees and communications with clubs, media and fans.

The programme is unlike anything that has taken in place in Europe to this point and remains available to any club, league or official that wants to study the technology better. In recent months, FIFA and the English Premier League have examined how LaLiga’s deployment of VAR could be replicated in their own competitions.

There is good reason for other competitions to study LaLiga’s approach. With refereeing accuracy jumping to 98.8% this season, after the introduction of VAR, it’s clear that the methods are quickly proving their worth.

“The key to VAR success is transparency and communication”, said Sergio Sánchez Castañer, Technology Director for LaLiga’s VAR project. “From the first day we knew that it could be a success in Spain but not before we brought all of the stakeholders together to understand the aims of VAR and how to use it. We convinced the Spanish federation (RFEF) and IFAB of this which I think is key to the results we are seeing today.”