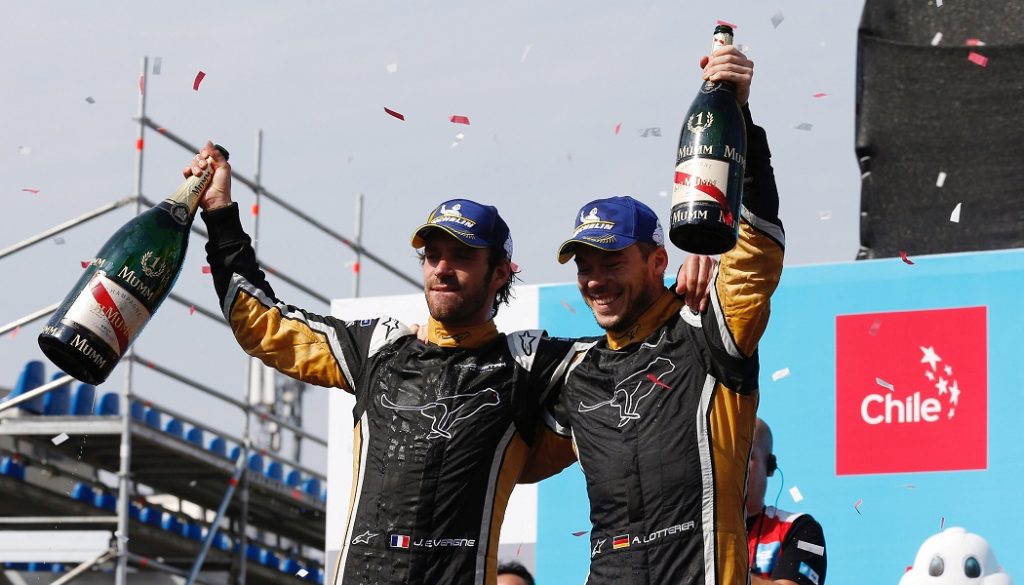 Formula E and TAG Heuer have announced the extension of their long-standing partnership as official timekeeping partner of the ABB FIA Formula E Championship.

The announcement was made as part of the TAG Heuer exhibition to celebrate the opening of the Geneva Motor Show, alongside Jean-Claude Biver, CEO of TAG Heuer, and Alejandro Agag, Founder & CEO of Formula E.

Alejandro Agag, Founder & CEO of Formula E, said: “TAG Heuer has been with the series from the start, believing in the concept of Formula E since before a car even turned a wheel. As an official and founding partner, I’m delighted to continue our long-standing and successful partnership with TAG Heuer. Motorsport is about timing and precision – and we rely on the expertise of TAG Heuer as official timekeeping partner.”

Jean-Claude Biver, CEO of TAG Heuer, said: “Since the very first day, TAG Heuer has believed in the future of this first FIA championship for single-seater electric vehicles, demonstrating this belief through its involvement as a founding partner. Today, we’re proud of being part of its expansion, from the ‘start-up’ beginning to its new cycle as an indispensable championship.”