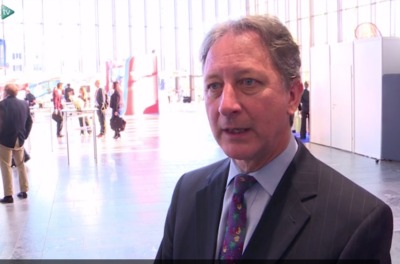 While the bidding cities start their campaigns to host the 2024 Games, one sport will be watching with interest – Flying Disc, overseen by the World Flying Disc Federation (WFDF)

They are a sport with some serious momentum behind them. Last year they were recognised by the IOC, something the WFDF’s President Robert ‘Nob’ Rauch admitted was vital:

“That was really important. It was something we had started working on about five years ago. We received provisional recognition back in 2013, then last August received our permanent recognition. That was a really important milestone for our sport.”

“There’s not an automatic bid for the Olympic programme once you are recognised. However it does give us the credibility of having gone through the process, having met the various criteria that the IOC sets. It puts us on the bench… to be considered for inclusion in the Games. “

Now they are recognised, they are one of around 35 sports competing to be included in the Games.

The reason why many feel 2024 could be flying disc’s year, is LA’s bid to host the Olympics.

Under new IOC rules, the host city can now pick sports it feels will be of interest to its local market. Should Los Angeles win ahead of Rome, Paris and Budapest, many insiders think they will be among the favourites to join, given the sport’s popularity in North America.

Naturally the WFDF wouldn’t comment on a preferred location of the Games. But Rauch’s ambition for his sport was clear:

“Our target right now is to look at the 2024 Games to see if we can go in, when the decision on the host city is made in 2017, with the credibility to make our case to be included.”

As part of the offensive to make the 2024 Games, Flying Disc knew they needed their premiere event on TV; The World Ultimate Championships in London, in June.

No broadcaster was breaking their door down to have it on their network… Particularly in their key market of North America, given the popularity of NFL, MLB, NHL, NBA and MLS.

But that didn’t stop the WFDF:

“It was quite a project. We had some high aspirations, but we had some worries about being able to actually fund the production, because it’s quite an expensive adventure.”

“We got our budget, we got some support from the NGB in the US, but then we went out with crowd funding plan to get the community to support it. We were able to raise $85,000 over the month long Kickstarter plan. So that really got us over the top to go forward with this with full confidence.”

As a result the Championships will now be shown on CBS, a huge coup for the sport. Now they are on the air, Rauch wants to expand participation numbers ahead of the 2024 push.

“Being able to get into the broadcast arena, hopefully will attract the sponsorship resources, and additional broadcast interest, so that we can get that push out into the new audience, beyond just the pull that we get through streaming in our community.”

Joining the Games will be tough. A win for Los Angeles would greatly help their chances, but it will be a tight battle between Budapest, Paris, Rome and LA.

Even if they fall short, they are a sport that has a bright future, and it may well just be a matter of time. Rauch is excited by what lays ahead…

“I think the IOC recognition opened up a lot of avenues for us, we have become increasingly a part of the Olympic movement, being admitted to the Masters Games, we’re working with FISU, we’re a part of the World Games, which is sort of the test programme for the Olympics and something that is becoming increasingly popular.”

“We have an awful lot of momentum. We’ve grown the sport, we probably have 7.5 million people globally playing on a very active basis, defined as more than once a month, we have member associates in 65 countries, and a world championships that will have 3,000 athletes from 39 countries. We’re really excited.”