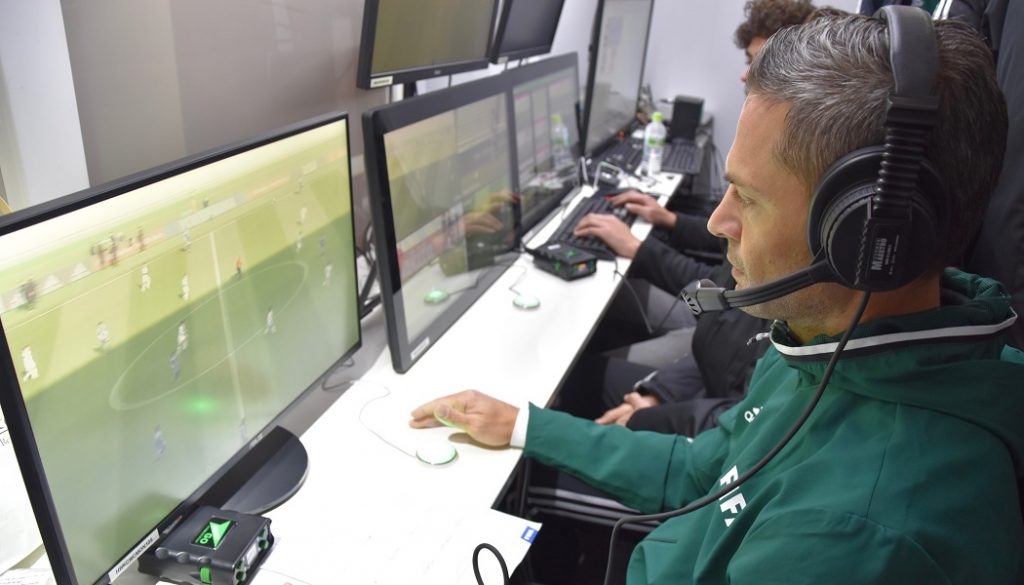 FIFA to introduce VAR at the 2018 World Cup

FIFA has announced the introduction of video assistant referee (VAR) for the 2018 World Cup in Russia.

The video assistant referee does not take any decisions; he supports the referee in the decision making process and the final decision can only be taken by the referee.  Football fans will be informed about the review process by broadcasters, commentators and infotainment.

Four replay operators select and provide the best camera angles. Two of them pre-select the most likely camera angles while the other two provide the final angles chosen by the VAR and the AVAR2 for each checked or reviewed incident.

The video assistant referee team supports the referee from a centralised video operation room (VOR), located in the International Broadcast Centre (IBC) in Moscow. All relevant camera feeds from the 12 stadiums are provided to the VOR through a fibre optic network. The referee on the field at each stadium talks to the VAR team via a sophisticated fibre-linked radio system.

Karl-Heinz Rummenigge, Chief Executive Officer of FC Bayern München said: “I am convinced that VAR will establish itself in all important football competitions, quickly, I hope.”

Massimo Oddo, current Udinese Coach and World Champion 2006 with Italy said: “It is a form of assistance that reduces mistakes and its decisions must be accepted, even if it takes a bit of time.”