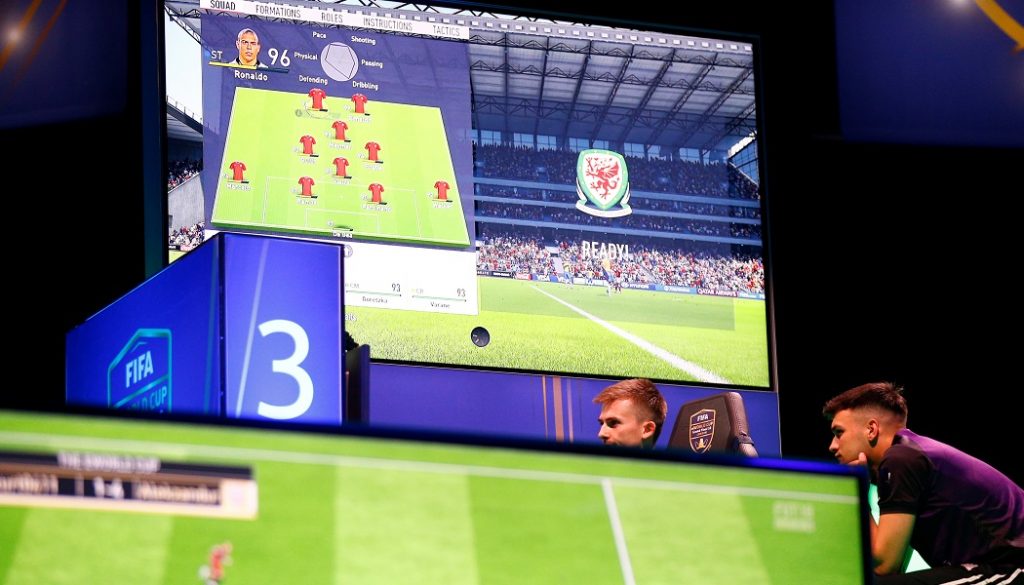 For the first time, the FIFA eClub World Cup, the biggest team competition for players of the super-popular FIFA video game (released annually by EA Sports) was won by an endemic e-sports team rather than the e-gaming offshoot of a football club.

In the final yesterday at Sky Studios in London, KING eSports, managed by Düsseldorf-based ESB Marketing Netzwerk, defeated the duo from Dijon Football Côte-d’Or to take the $40,000 first prize

A new wrinkle in this year’s event was that it featured a 2-versus-2 format as well as the usual 1-versus-1, taking this sort of console gaming a little step closer to the non-sports esports sector, which has larger teams competing in real time.

To the untrained eye, the action of the FIFA e-game, as seen on a big screen, when it’s being played by top players like these, already looks a like a “real” football game.

But it’s early days yet, according to Christian Volk, FIFA Head of Digital Marketing (eSports, Fan Engagement & Digital Marketing Services). FIFA actually views competitions like this as a virtual extension of real football (he likes the term “V-sports”).

He said that within a few years the virtual game will be indistinguishable from the real thing. “That’s when things will start to get really interesting,” he said.

For FIFA, the potential of esports is massive thanks to a massive natural audience that already understands the product, he said.

If you don’t already know the League of Legends or Counterstrike games, you might not understand what’s going on when you see the esports based on those games. In contrast, everybody understands football (“that can mean a much, much larger audience”).

iSportconnect caught up with Christian at the FIFA eClub World Cup event yesterday. Check out what he had to say in this exclusive interview.

Take note that we will be holding an iSportconnect esports Masterclass during the summer.