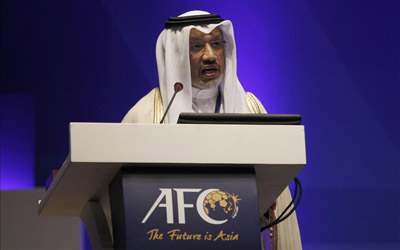 FIFA will not pursue fresh bribery charges against Mohamed Bin Hammam, the former president of the Asian Football Confederation.

Bin Hammam was accused of attempting to bribe Caribbean officials during his campaign to challenge Sepp Blatter for the FIFA presidency.

However, an investigation into the allegations has failed to uncover any new evidence and FIFA’s chief ethics investigator Michael J Garcia has decided to close the case.

The report states: “This investigation focused on events that took place at the Caribbean Football Union meeting in Trinidad and Tobago in May 2011.

“With respect to the events at the CFU conference, the investigation uncovered no new material proof beyond the substantial evidence presented during the proceedings that culminated with the CAS decision vacating Mr Bin Hammam’s ban.

“Accordingly, the Investigatory Chamber has closed this matter consistent with the CAS Panel’s guidance regarding newly discovered evidence.”

Earlier this year the Court of Arbitration for Sport overturned a lifetime ban imposed on Bin Hammam by FIFA.

A CAS three-man panel voted 2-1 in Bin Hammam’s favour but added that is behaviour was “not of the highest ethical standard” and that “it is more likely than not” that he was the source of cash brought into Trinidad and Tobago and distributed by former FIFA vice-president Jack Warner.

He remains provisionally suspended over allegations of financial mismanagement of the AFC but his legal team this week launched a challenge to that suspension in the Swiss courts.