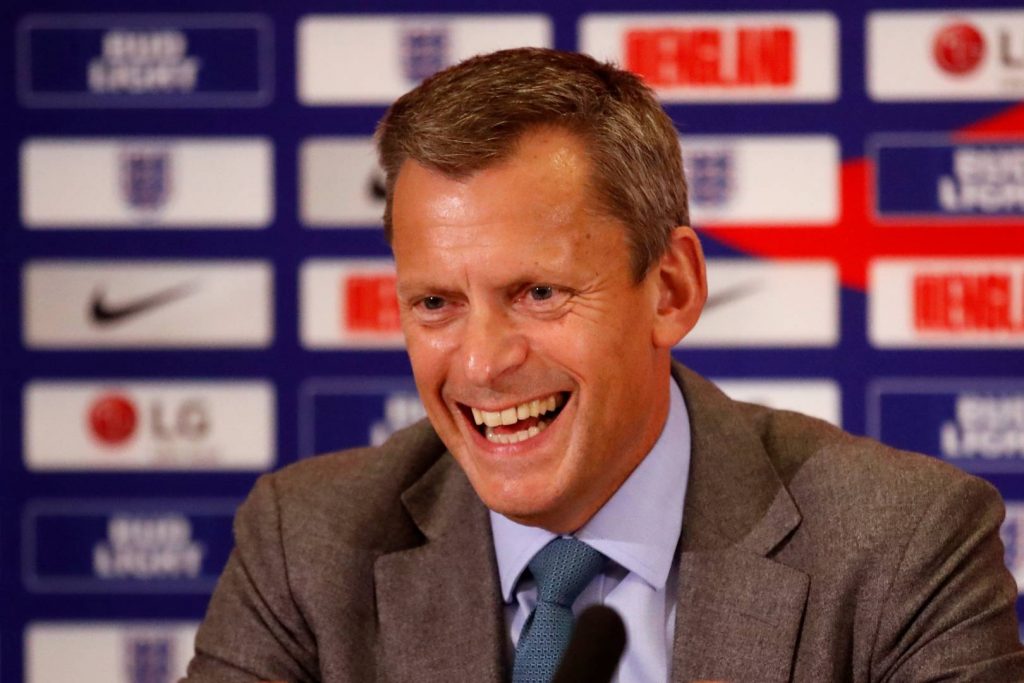 The Football Association (FA) today announced that Martin Glenn has resigned from his position as CEO, and will leave at the end of the 2018-19 season.

Glenn was appointed at his role in May 2015 by former FA Chairman Greg Dyke.

During his tenure, England men’s seniors reached the semi-finals of the FIFA World Cup following on from the Lionesses’ third-placed finish in 2015, while the U17s and U20s both became World Cup winners in 2017.  The Englandwomen’s U20s finished third at their World Cup in 2018.

“When I accepted the role of CEO at The FA I was tasked with improving the effectiveness of the organisation and making it financially secure,” said Glenn.

“I also joined with the strong belief that the England team’s performance in tournaments could and should improve, and that the experience of the millions of people who play football could be a better one.”

“I will leave feeling proud of the success of the performance of all the England teams. I am confident that we have established in St. George’s Park, a world class centre which will ensure that the teams will continue to build on their current successes. I hope that The FA will be able to build on this by accelerating the breakthrough of English qualified players into the first teams.”

In his four years as the Head of the FA, the governing body has witnessed a 40 per cent increase in revenue, thus enabling record amounts invested to develop football at all levels.   This has also led to increased funds into the Emirates FA Cup with a doubling of prize money for both the men’s and women’s competitions.

Furthermore, Glenn has also brought a huge commitment to women’s football, with the latest achievement of winning the hosting of UEFA Women’s Euro in 2021.