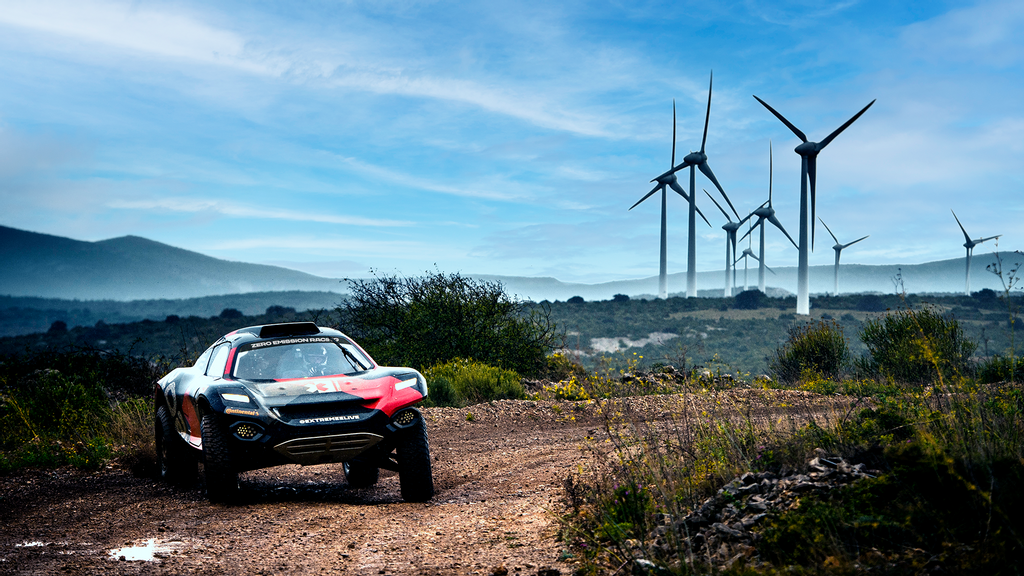 Extreme E, the sport for purpose electric racing series, has published its first Sustainability Report, including its carbon footprint for Season 1.

The report, supported by EY, the series’ Official Innovation Partner, summarises Extreme E’s sustainability tactics and achievements throughout its first season, whilst also outlining its strategy and focus for 2022 and beyond.

“Extreme E’s Sustainability Report is one of the most important pieces of communication we have released to date. As a sport for purpose, which aims to pave the way to a lower carbon future through the promotion of electric vehicles, and accelerate gender equality in motorsport, it’s important we are open and transparent about our methods and our impact.

“This is just the start of our journey and we are learning all the time, but this report details our journey to having the lowest carbon footprint in international motorsport, and the insight into how we became carbon net zero by the end of our first season.”

Alejandro added: “Together with the commitment and expertise of our partners, we are delivering a platform which challenges the way sport is traditionally run; offers tangible solutions which reduce the impact of live events; and which educates our audience on the effects of climate change, inspiring them to make positive choices about their impact on the planet.”

Extreme E’s Season 1 Sustainability Report details the championship’s journey to becoming carbon net zero by the end of its first season. This was achieved through taking a series of measures which minimised its carbon footprint, measuring this emissions inventory and detailing Scope 1, Scope 2 and quantifiable Scope 3 sources, and then offsetting in full for what could not be avoided, utilising ALLCOT, a UN certified world-leader in carbon project development.

Highlights from the report include;

-Using electric vehicles for racing.
-Not having fans on site but instead engaging them through innovative broadcast and social media entertainment.
-Refurbishing a former Royal Mail ship to carry freight and logistics over air travel, which provides a 75 per cent reduction on emissions compared to air freight.
-Using AFC Energy hydrogen fuel cells which utilise solar and water to create electricity for powering the race vehicles.
-Powering the paddock operations with second-life Zenobe batteries.
-Capping race team personnel to just seven people – two drivers, one engineer and four mechanics.

Brazil: Teamed up with The Nature Conservancy on its Forest Restoration Programme in Pará to enable the expansion of cocoa agroforestry on degraded pasturelands, helping local farmers harvest higher value commodity beans and building sustainable livelihoods for their families.

Greenland: UNICEF climate change education programme – developed and taught to 3,600 school children, along with investment in solar panels and an e-mobility scheme for the local school.
Sardinia: Worked with MEDSEA to support recovery response to devastating forest fires on the island, along with a seagrass conservation project to reverse the damage from carbon released from seagrass that has died due to warming sea temperatures.

Saudi Arabia: Partnership with the Ba’a Foundation, on a conservation initiative for the endangered green turtle and critically endangered hawksbill turtle. This programme included building beach fencing, beach management and monitoring practices, and importing sand to raise the beach to an appropriate level for nesting.

Dorset: Supported the National Trust to reintroduce three pairs of beavers into the Purbeck Heaths wetlands in Dorset to help improve the biodiversity of the area. The beavers are expected to help open up hundreds of hectares of wetlands that have been in ecological decline for decades, restoring freshwater fen and pool habitats for other wildlife. This will improve water quality and carbon storage, and reduce flood risk.

“As a result, we are not only honoured to have been entrusted by Extreme E to draft its Season 1 Sustainability Report, but we are proud of the sustainability outcomes and positive impact that EY’s partnership with Extreme E has been able to achieve in its first year.”

As Extreme E switches focus to its second Season, it also outlined its objectives, targets and action focus for 2022 and beyond. This is represented by three key pillars; Extreme Action, Extreme Impact and Extreme Responsibility, which refer to the environmental, social and governance aspects of sustainability, respectively. These three pillars and the impact areas they cover represent the issues that are most important to Extreme E’s stakeholders and organisation, and plans are currently in development to ensure the series meets its objectives for each area.
Season 2 of Extreme E starts in NEOM, Saudi Arabia with the Desert X Prix on 19-20 February, 2022.