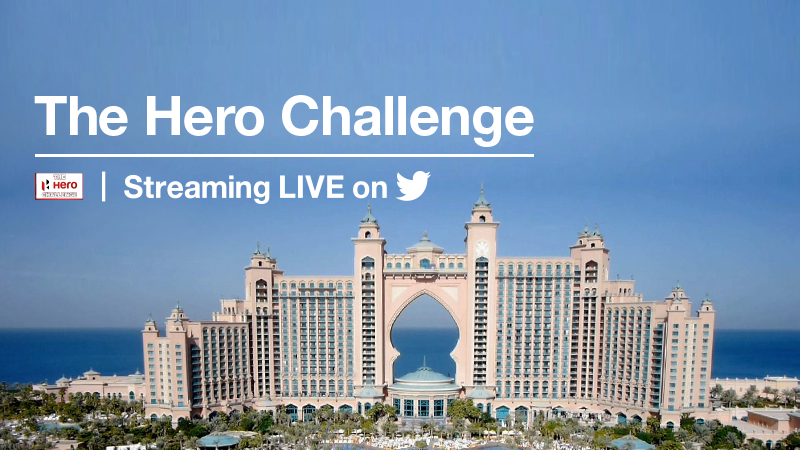 The European Tour has announced that the Hero Challenge in Dubai will be exclusively streamed via Twitter.

The new agreement with the social media platform is another milestone in the European Tour’s drive to transform global golf through innovation.

Rufus Hack, Chief Content Officer at the European Tour said: “We have been working successfully with Twitter through its Amplify and Amplify Open products over the past 18 months and see the Hero Challenge Live Agreement as the next step to expand our relationship.

“This will be the fourth edition of the Hero Challenge and the third in 2017, so we are excited about the prospect of streaming one of our new, innovative formats to a global audience across the Twitter platform.”

The third and final Hero Challenge of the 2017 season will witness the introduction of another exciting new concept, with players competing in a target golf competition to a floating green off the Nasimi Beach in the iconic Atlantis, The Palm Resort.

To add to the entertainment, they will also be surrounded by atmospheric pyrotechnics and smoke, with their target illuminated by a spectacular runway of lights in the ocean.