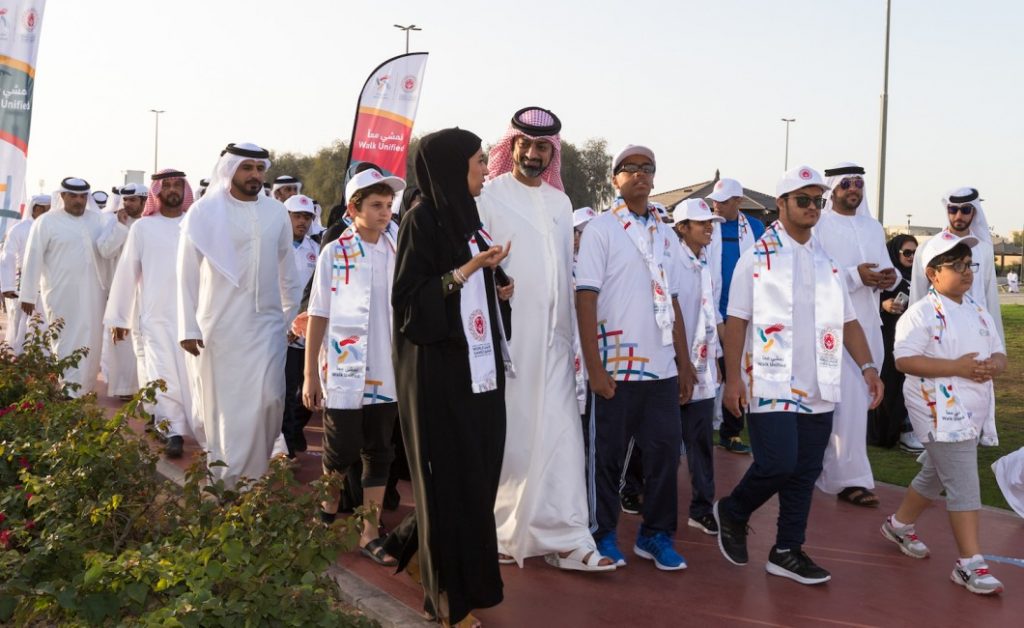 ESPN will deliver over 175 hours of live coverage (more than ever before) of the 2019 Special Olympics World Games in Abu Dhabi starting this Thursday.

More than 7,000 athletes from 170 countries will compete in 24 sports, along with 2,500 coaches and 20,000 volunteers. These will be the first Special Olympics World Games in the Middle East/North Africa region.

ESPN’s coverage will begin with a live three-hour special ESPNEWS, capturing the inspiration, pageantry, performances and special guests of the  opening ceremony.

Each evening there will be a round-up show airing on ESPN2, ABC or ESPNEWS bringing viewers the stories, competition showcase, interviews and more.

Internationally, ESPN’s coverage will reach more than 200 countries around the world through its own branded television networks/digital streaming services, ESPN sub-licensees and multiple syndication partnerships that ESPN has arranged in collaboration with Special Olympics International.

Ahead of the Games, iconic managers, coaches and athletes, including Pep Guardiola of Manchester City and England’s Gareth Southgate and U.S. Olympic figure skater and Special Olympics board member Michelle Kwan, have come together in an inspirational video entitled The Rallying Cry (watch it below).

Kiera Byland, cyclist and one of the 128 Great Britain athletes competing at the Games, said: “The Special Olympics has been life-changing for me because I experienced bullying in my school. All I wanted was friends, but other people thought it was fun to pick on me all day. I felt vulnerable and would hide in the toilets. I desperately wanted to get into sports – but I wasn’t very good at anything that needed hand-eye coordination as I have dyspraxia and I struggle with balance.”

“The biggest thing the Special Olympics has done for me is to give me a platform to have confidence and to make friends. I’m part of a global family, and each of us within that family has been given a voice. We feel valued.”

Khalfan Al Mazrouei, Managing Director of the Special Olympics World Games, said: “The World Games in Abu Dhabi is a way of working together towards a common goal of promoting global awareness about the importance of inclusion and tolerance for people with intellectual disabilities. It’s great to see these prominent sporting leaders showcasing what it is to be part of a truly unified team and encouraging everyone to join our movement. Abu Dhabi will shortly welcome thousands of athletes and the World Games and we cannot wait to showcase the world and humanity at its brilliant best.”

Tim Shriver, Chairman of Special Olympics, said “We are grateful for the tremendous support these sporting heroes have given us to help celebrate and raise awareness for people with intellectual disabilities. I’m proud to be a part of an amazing movement that unleashes the human spirit through the transformative power and joy of sport for people with intellectual disabilities.”

“The Rallying Cry video symbolizes the continuation and evolution of the Special Olympics mission – to tackle the inactivity, stigma, isolation, and injustice that people with intellectual disabilities face.”