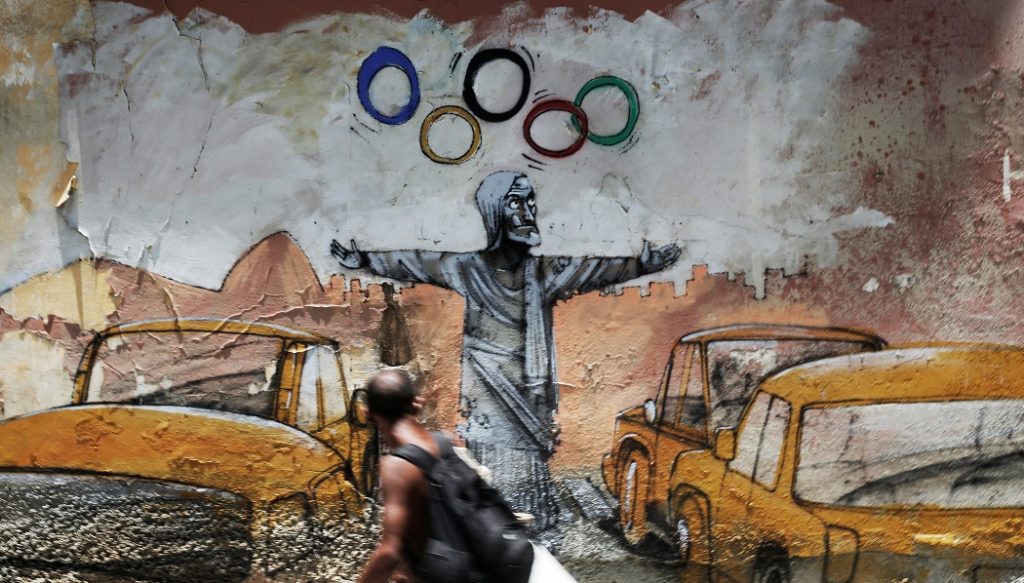 The IOC is poised to unveil landmark changes to how cities are selected to stage the Olympic Games in 2024 and 2028 and beyond. Michael Pirrie looks at the forces driving change to the Olympic host city selection process, arguably the most important responsibility of the Olympic Movement.

The ghosts and great expectations of Charles Dickens and of Olympic Games and bid cities past, present and future swirled vividly around the SportAccord convention in Denmark earlier this year as the 2024 Games race tightened, and changes to the Olympic scaffolding around which much of the drama, mystery and mythology surrounding the selection of Olympic host cities – like conclaves and plumes of white smoke that herald the arrival of new Popes – were debated and green lighted by Olympic leaders, insiders and influencers.

If the 2024-28 Olympic Games double announcement was the elephant in the room at SportAccord, then the current period of prolonged global uncertainty and risk now poses a major threat to traditional Olympic Games habitats in high performing city and urban venues and settings, which are increasingly threatened by rapid community change, global tensions and ideologically motivated and social media driven activist protest groups targeting potential Olympic host cities for political purposes.

The SportAccord discussions amongst Olympic sports federations and the high quality of masterplan presentations by Paris and Los Angeles, the two remaining cities in the 2024 Olympic Games race, set the stage for the most profound changes to the Olympic Games in decades – the awarding of two successive Olympic host cities at the same IOC Session, in Lima later this year.

Those discussions and masterplan details have evolved significantly since SportAccord and the dual 2024-28 award announcement looks set to be accepted by Olympic Movement leaders at a landmark meeting next week, paving the way for historic and sweeping changes to the Olympic host city bidding process.

The changes will also impact on the organisation, financing, delivery and promotion of the Games, including sponsor activity and host city revenues, and possibly ceremonies, torch relays and culture programs – much of the Olympic Games blueprint.

A dual Games announcement could not have been publicly discussed even a year ago, but the need for change amid growing concerns amongst cities worldwide about cost overruns and delays in Games preparations and returns on investments – much of which can be traced back to an out-dated host city selection process and host cities failing to deliver on bid book manifestos – have now reached a tipping point.

While such change will alter the natural laws and order of the Olympic universe as currently structured, the IOC leadership has been strategically scene setting and trailing the need for major change in Olympic bidding.

The case for a dual announcement of 2024 Games and 2028 Games at the IOC Session in September will be questioned by those with vested commercial and political interests in maintaining the status quo, but the need for change is vital in the current global environment – and the immediate future of the Olympic Games.

The decisive leadership shown by IOC President Thomas Bach and Vice-Presidents such as John Coates, plus other Olympic leaders, has been instrumental to the speed with which the IOC has responded to the threat posed to the Olympic Games in this new, dangerous and unpredictable world – and underlines the scale and urgency of this threat.

Amid dwindling numbers of potential bid cities, the IOC wants to showcase and stabilise the delivery of Olympic Games in two of the world’s most iconic cities in Paris and Los Angeles in 2024 and 2028, and both cities have proven they have the capacity and commitment to deliver the world’s biggest event.

However, the contest between Paris and LA is much more than A Tale of Two Cities – it is also a story of the survival and protecting the world’s biggest, most sought after and most important global and community sporting event in this 21st century of constant, prolonged and dramatic change.

Mega international sporting events like the Olympic Games rely on a pipeline of countries and cities to host their events, which have declined in number in recent years.

But the global appeal of the Olympic Games continues to grow, with ever increasing revenues, expanding markets, higher broadcaster and digital viewing optics, online traffic and deeper digital engagement with young people.

These are significant achievements that confirm the unique global status and appeal of the Olympic Games in world society, the result also of astute marketing and management by the IOC of the Olympic Rings and other key assets that make the Games the word’s most recognisable and valued product and brand experience.

The global environment in which cities bid and prepare for the Olympic Games, however, has changed and become ever more threatening and unpredictable, even as South Korea counts down to the 2018 Winter Olympic Games, the North Korea’s escalating nuclear missile development and testing programme casts a dark shadow over Games preparations and planning.

The current Olympic bidding system is not fit for purpose, especially in the current global climate, highlighted perhaps by the gathering of G-20 nation leaders at the weekend in the former Olympic bid city of Hamburg to discuss trade relations, the North Korea threat, terrorism, global finances and insecurity, and other issues vital to world peace and stability, plus major international events such as the Olympic Games.

While Paris and Los Angles have each delivered solid and passionate bids, matching each other round for round in this heavyweight Olympic bid cities contest, neither city has been able to deliver an innovative communications and marketing campaign creative enough to capture a consensus of international support, although both cities have shown that they have learnt key lessons from previous bid attempts.

Instead, speculation of a dual 2024-28 Games announcement has been the dominant narrative of this bid city cycle of attrition, which has seen Boston, Hamburg, Rome and Budapest all withdraw from contention amid local community concerns and political campaigns against the Olympic Games.

This has placed the selection process of Olympic cities under great scrutiny and strain.

Many recent host cities have failed to meet their bid promises and obligations and have staged Games that have disappointed, prompting the 2024 -2028 dual Games award. Sydney, Vancouver, and London stand out as hosts that have delivered on their visions and delivered extraordinary Games experiences that have enhanced the Olympic brand and reputation, but these are exceptional.

The size of the Games and the cultural and political influence of the Olympic Movement expanded dramatically in the 1980s and 90s as the Games went truly global during a golden period of economic growth and globalisation, culminating in the Sydney 2000 millennium Games, which was an unprecedented celebration of global sport, prosperity and the Olympic Movement – North and South Korean teams even marching together under the same flag in the Opening Ceremony.

The extraordinary success of the Sydney 2000 Games led to the greatest line-up of cities to ever bid for the Olympic Games, including New York, Paris, London, Moscow and Madrid in what was know as ‘The Great Race,’ won by London for the 2012 Games.

However, as globalisation stalled following the global financial crisis and terrorist attacks have increased, economic growth has remained low and with political and regional instability spreading, cities have begun to review their priorities and needs amid a scarcity of community and city resources.

The doping and corruption of sport has also forced major sporting events further down the list of city and national priorities.

The rapid urbanisation and mass migration to mega cities has also limited the space and structures available in many city areas to host major sporting events as cities are redesigned, reconfigured and adapted to meet the growing housing, energy, transport, schooling, business and employment needs of ever expanding city populations, making the Olympic Games footprint more difficult to accommodate in traditional major city landscapes.

This has created opportunities for a new generation of mid-sized global cities on the rise, like Budapest, to demonstrate their capacity to host multi venue sporting events and bid for the Olympic Games as the Hungarian capital did recently, with a detailed master plan that passed IOC scrutiny until a sudden collapse in political support forced the demise of the bid.

The era of global economic growth and prosperity which fuelled the growth and globalisation of the Olympic Games and the seeming endless galaxy of leading world cities lining up to bid for the Games has faded.

What we are seeing now with the 2024-28 scenario is a re-calibration of the conditions and circumstances around which the Games and potential host cities can best meet each other’s needs based on greater co-operation and collaboration rather than traditional competition between cities.

Few projects can challenge a city or a country like delivering the Games, arguably the world’s most complex piece of project management, and Paris and LA have demonstrated in their masterplan presentations and Candidature files that both cities are capable of staging spectacular Games, reinforcing concerns that the current bid process produces too many losers and not enough return on investment for bid cities.

This, however, is not just about cities losing bids, but about the Olympic Movement losing cities capable of hosting and delivering great Games for the world.

When Oslo withdrew suddenly from the 2022 Winter Olympic Games bid cycle, amid concerns of possible community disruption and Games extravagance, IOC Executive Director, Christophe Dubi, lamented the withdrawal as a lost opportunity for the city and nation.

Dubi was right, but Oslo’s withdrawal was also a lost golden opportunity for the Olympic Movement to return the Games to a pristine winter wonderland in which a love of sporting activity, the environment and traditional community values and participation were in the DNA of the local culture, a rare combination – and opportunity.

The ban on IOC members visiting bid cities following the Salt Lake City ‘near death’ Olympic bribery scandal has not solved weaknesses in the bid system.

The last two Olympiads have produced Games which highlight major weaknesses in the bid system – that bid cities can win for the wrong reasons and deliver Games that weaken the Olympic Movement and brand – and highlight the need for urgent change.

Because of the long seven year lead time to prepare for the Olympic Games, the IOC is having to predict the unpredictable when selecting host cities.

A more informed IOC membership is required if the best possible host cities are to be identified and selected – perhaps a more forensic analysis and understanding of the potential weaknesses in bid city landscapes and cultures would have indicated that Rio’s bid masterplan was not really deliverable and that Chicago might have been a safer option at the time.

Similarly, Sochi’s skeletal infrastructure and remote location should have raised concerns about selecting a city requiring such massive infrastructure development and budgetary support.

The 2024-28 double Games announcement is needed to buy the IOC more time to better plan and modify the bidding and delivery process for the Olympic Games in this extended period of global change and uncertainty.

Do you want to have your say on the Olympic movement? Head over to our Community page to join the discussion!