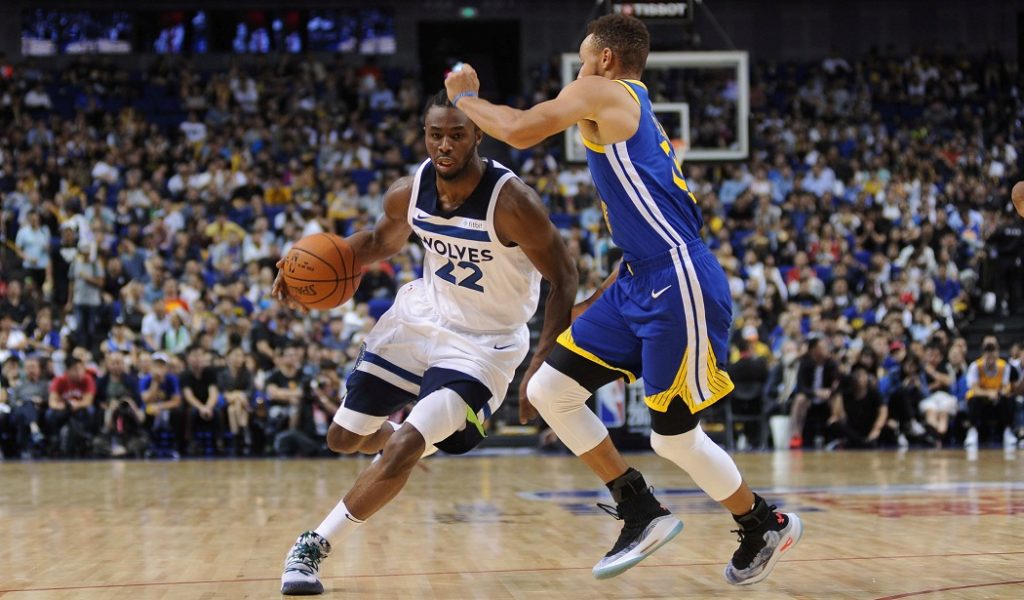 On December 5th there were 11 games going on, but none of them would receive more attention than the news that David Shoemaker will step down as the CEO of NBA China after the 2017-18 season.

The decision was announced by NBA Commissioner Adam Silver. And, at present, there is no news of any potential successor.

During Shoemaker’s tenure, the NBA has become the most popular sports league in Greater China, with more than 140 million followers on social media.

He played a pivotal role in many league accomplishments, including the expanded partnerships with China Central Television (CCTV), Shanghai Media Group/BesTV, LeSports Hong Kong, Sina Weibo, and the five-year expansion of the Tencent partnership, which is the league’s largest international digital partnership.

During his tenure, the league played 13 sell-out games in Greater China, bringing champion franchises like Golden State Warriors and Los Angeles Lakers to China. Shoemaker sat down with Lanxiong Sports after the official announcement came to disclose his decision-making.

Lanxiong: Why do you choose to leave now?

Shoemaker: “It’s actually been an incredible ride for me, also an incredible ride for me and my family, my wife and three small children. We’ve been living in Beijing for nearly 10 years in total, including the time I spent with WTA. I’ll be leaving my post as CEO of NBA China in May 2018, right through the end of the basketball season and the play-offs. That will be seven years in total as the CEO of NBA China. And I’d like to think it’s the perfect time for me.

“The business has never been better on every metric by which we evaluate ourselves. And the popularity of NBA has never been higher when we think of television ratings, 750 million people watched NBA basketball last season on television, 450 million watched it digitally on Tencent, plus 140 million followers on social media.

“We’ve done some great things, I’m happy with our partnership with the Ministry of Education to grow basketball at school. I just think now is the perfect time when we’ve accomplished a lot and I can leave the business in the good and very capable hands of my leadership team and my successor to carry on the great things we’ve been doing.”

Lanxiong: When did you make that final decision? Was there a last straw that forced you to make the decision?

Shoemaker: “It’s kind of in the other way. It’s been such an attractive, fun and enjoyable voyage for me. It’s way longer than I thought it would be.

“When I think back to 2011 when I started, the mindset of a foreigner – I’m a Canadian – coming to China, was an experiment for me. Hopefully I can come and have a little bit of impact and grow the business a bit and make who was then the Commissioner of NBA, David Stern, pleased with some of the things that I can do. I never would have imagined back then that I could’ve done this for seven years.

Lanxiong: What’s your proudest moment as CEO of NBA China?

Shoemaker: “It’s hard to single out a proudest moment because it’s ‘Oh my god’ when LeBron first stepped on the court in China, wasn’t that something else? I guess for me it’s the second time he did so. I can’t single one out.

“But I have to say, we’ve done over 150 community out-reach events in China and we’re giving it back to the community. Every time I participate in one of those, it is remarkable how good it makes me feel. And It’s not just me, it’s our entire staff. We have days of service when we shut down our offices and we go out to the community, no publicity, just go in and help migrant schools or other places where the less fortunate need help. Those are some pretty proud moments.

“I personally think of the partnership with Vice Premier Madam, Liu Yandong, to work with the Ministry of Education to teach basketball in the physical education classes across China. This year, there will be more than 2,000 schools teaching two million kids. I’m pretty proud of that. That’s all under the Jr. NBA banner and Steph Curry came to China in the past summer and did a great Jr. NBA event. We impact kids. That’s pretty nice.

“And then I think the holistic for our fans, the Tencent partnership, and how I think that transformed the availability of NBA games and viewing habits of our fans, such as now there are several million people on average watching every game on Tencent, and over 75% of them do so watching on their mobile device. The Tencent partnership is the largest international partnership for the NBA. I’m pretty proud of that too.

“Sorry for the mouthful of an answer, but once you get me talking about the things we’ve done in China I can’t stop talking.”

Shoemaker: “It was a funny moment for me and I can look back at it comically, because you know I moved myself and my wife to China, invested a lot in the job and the move, and it was just getting going as NBA China’s CEO.

“And Yao Ming, the icon of Chinese basketball, this transformational player, announced that he was retiring from the game, we had our gulps, like ‘what’s this gonna mean?’, but everyone around me said ‘we’ve been through this same kind of thing before’, like when Michael Jordan retired and everyone said this would even spell doom for the NBA, and it didn’t.

“Fondly enough I had a proud moment even then because I remember Yao came into this reception that I was privileged enough to be invited to. And it was a room full of his old acquaintances and friends and he was walking straight into me, put out his head and introduced himself. And I thought ‘what an amazing gentleman. Here I am – I’m feeling quite nervous – I’m the new CEO of NBA China, he doesn’t have a clue of who I am, and he went out so generously to do that’. So even in these negative moments somehow I can look back at it to draw some positive stuff from it.

“But I will try to answer your question, the toughest moment for me, and I would say for my staff, is the annual time when at the conclusion of the NBA China Games, we put so much effort in the months leading up to the China Games to stage the best show we possibly can for our fans, and work through the Chinese National Holiday. And it was the moment when the final buzzer goes in the second game, the fans started filing out of the arena, and the players started leaving.

“There was this sort of depression, almost let down, when we felt like there would be 360 plus days before we see two NBA teams China again. For me, that’s kind of the toughest moment, because your emotions kind of sag a little bit and you’re gonna come back in the office in the following Monday and start back all over again.”

Lanxiong: Who will replace you? Or what kind of qualities does he or she must have to be in this position?

Shoemaker: “Part of the reason that Adam Silver, Mark Tatum and I agreed to announce this so early and give such a long lead time between now and the end of basketball season was so that I could stay here to lead the business for the next six to seven months and play an active role in the recruitment of a successor in the transition to that person. Sitting here today I can’t tell you who that is, but I do think it’s the greatest job in China, that’s my personal point of view, and one of the greatest jobs in sport.

“And I think it will attract some of the most immensely talented people in our industry and beyond our industry from all around the globe. For that reason, I don’t think there is a particular quality or trait that we can or should look for. I think one of the whole marks for NBA is that it’s one of the most diverse places to work. People from all kinds of backgrounds come to the NBA, work at every level and they are very successful.

“You know what they say in sports, the field is open.”

Lanxiong: What are you going to miss most about the job?

Shoemaker: “In a word I’ll miss the people, starting with my colleagues in NBA China, here in Beijing and Shanghai, Taipei and Hong Kong, who aren’t just my colleagues but they are also my friends. They are my training partners. We have running clubs that I’m a part of. There are a few of us that have done Spartan races together. Maybe it’s a way of saying that they are not just my colleagues, my friends, but we are kind of a family. I think I’ll miss them.

● NBA now has 140 million followers on social media, the most of all sports leagues.

● NBA signed a partnership with the Ministry of Education in October 2014 and expanded in June 2015, to add basketball to school curriculum across the country. This year, this program has covered over two million students from 2,000 schools.

● The league set up three NBA-standard basketball academies in Zhejiang and Shandong provinces and Xinjiang Uygur autonomous region, and its very first high-performance training center in China opened in 2011 in Dongguan, Guangdong province.