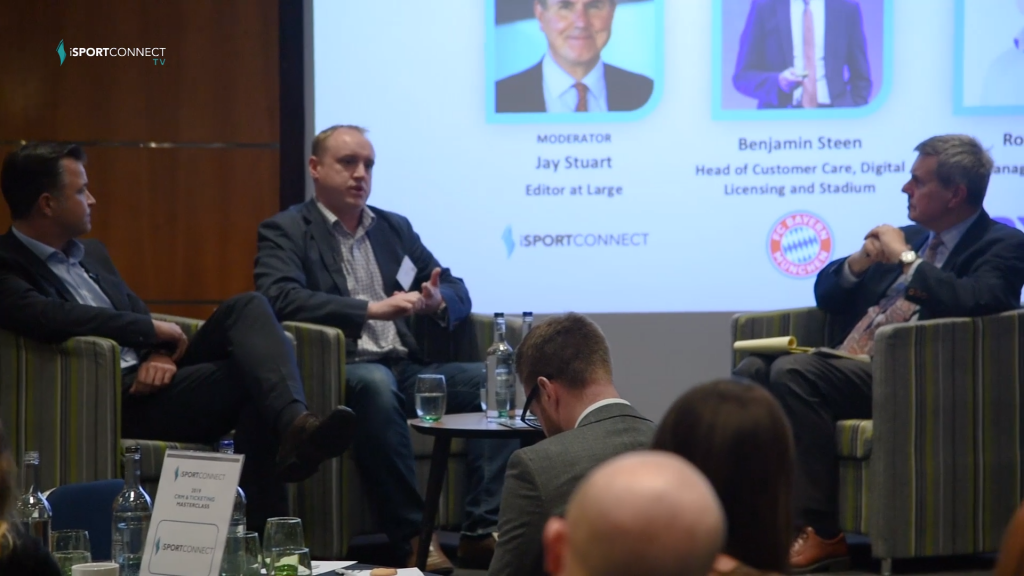 The iSportconnect CRM & Ticketing Masterclass highlighted a growing convergence in the sports business that is already well underway.

Speakers at the event underlined again and again that areas such as the management of data, and even ticketing, which might once have been viewed in silos, are overlapping, with “fan engagement” becoming the foundation of the customer journey.

The event featured break-out discussion sessions, enabling attendees to meet face to face and discuss the topics with each other in detail from their own perspectives. It’s the sort of interaction that’s at the heart of iSportconnect and it proved a real hit.

Here are some just a few of the takeaways from the sessions.

The control of data is fragmented among stakeholders in sport. Oftentimes, they are reluctant to share data with one another. Clubs don’t share with leagues, for example, or race promoters won’t share with a series like F1.

Asking fans is the easiest and best way to find out what they like and don’t like, want or don’t want.

Being able to use near-live rights is important for social media and broadcast rights deals to make this possible are more common.

There is an effort underway to create legislation recognising the right of organisers to control their own ticketing.

Fan data has a value for the fans who give it. When they give you data, think of it as a form of payment (e.g., for content).

Personalization of the broadcast experience, fantasy games and esports are key routes to increase fan engagement.

The ticketing transaction can be the key to knowing who your fans are. If you don’t control the sale of tickets, it can be harder to get a grip on the fans.

Data and personalization should be used to improve the fan experience (e.g., for parking at the stadium).

Identity-based ticketing will become a powerful part of sponsorship strategy.

In the future, rights holders will be able to sell tickets to their virtual events, thus expanding the capacity of their venues globally.

Watch this video for your ticket to a taste of yesterday’s event.