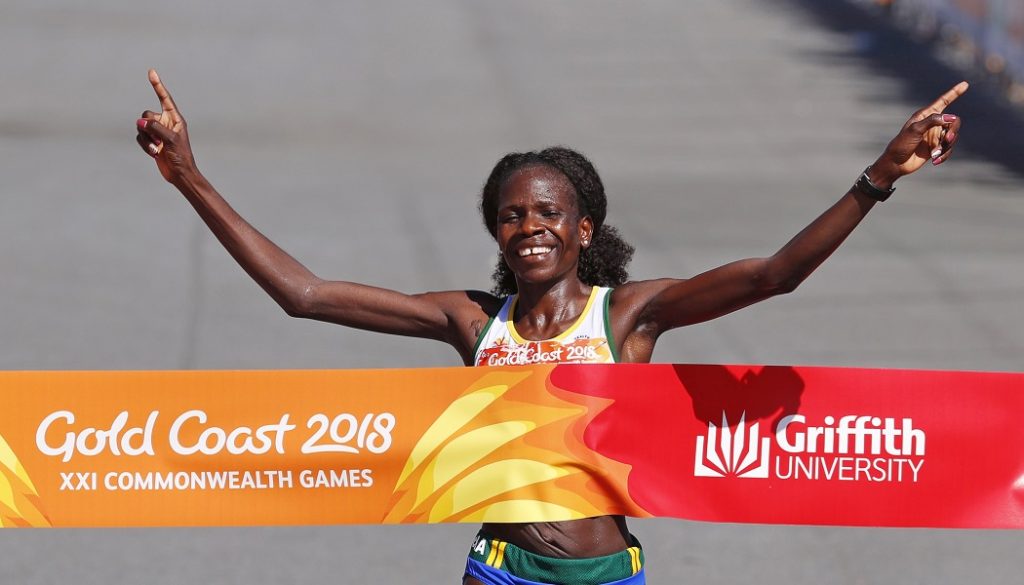 As the dust settles on the XXI Commonwealth Games which took place in front of the sublime, sun-drenched beaches of the Gold Coast on Australia’s Eastern Seaboard, there has been time to reflect on the self-styled Games of Firsts.

Some commentators suggested that Gold Coast 2018 was something of a “do or die” moment for the Commonwealth Games brand. The question of relevance is one that has plagued the Commonwealth Sports Movement and its flagship event – the “Friendly Games” as they are rightly known – for some years now.

If the challenges of Delhi 2010 presented a period of contemplation for the future of the Games, and if Glasgow gave the Movement some stability once again, it was Gold Coast 2018, and the huge successes that resulted from this year’s event, that will go down in memory as the Games that – to coin a phrase used by one media publication recently – “gave the Commonwealth Games its mojo back”.

Whilst it is no bad thing for the event to retain its “Friendly Games” tag – for the athletes still enjoy and love the Commonwealth Games like few, or arguably any, other major multi-sport event worldwide – in today’s competitive sporting calendar, the Commonwealth brand was craving something much more than friendliness. It was craving relevance. And that is why, since I joined the Federation as its first Director of Communications and Public Affairs back in November 2017, we began the process of mentioning relevance at every corner we turned, in every conversation we had and to anyone that cared to wonder what this wonderfully eclectic, and often eccentric, sporting spectacle was really all about in today’s modern world.

Far from shying away from the question of relevance, we embraced it – in fact it was the central tenet of our Communications because we – the Commonwealth Sports Movement – had the important task of articulating why the Commonwealth Games remains relevant to an increasingly discerning public in an era when sport continues to change at a rapid pace.

As it happens, the Commonwealth Sports Movement and Commonwealth Games has a remarkable product – and has done for some time now – that, following the successful Gold Coast Games, is fast becoming the envy of the sporting world. However, up until recently, the Commonwealth Sports brand had not talked about what it stands for, had not articulated its unique, modern ‘sport with a social purpose’ identity. And that is why we made a concerted and targeted effort to talk about our relevance and talk about why, arguably, we were more relevant than ever before both as a sports movement and, more broadly, as a family of nations.

More relevant than ever before because, in this age of multi-million-dollar commercial sport, Commonwealth Sport is arguably unique in telling captivating stories of human success – sport as we used to know it – whether it be the first ever Jamaican Lawn Bowls Team, “the Reggae Rollers” taking part in the Games, British Virgin Islands’ Kyron McMaster winning the 400m hurdles and dedicating the win to his late coach who tragically died in Hurricane Irma which devastated the island; or Friana Kwevira from Vanuatu winning the small Pacific Island’s first ever Commonwealth medal with a bronze in the women’s F46 javelin.

Whilst the Commonwealth does not have a monopoly on such stories, it does arguably – given the construct of the Commonwealth with small states, island states, emerging nations and developing nations – tell them better than other global sports movements. These relatable “human” stories are something the public has relished in this era of big-business-sport and public scepticism with how some sporting institutions have been managed.

More relevant than ever because, as any sport will tell you today, it is essential to focus on the youth market: the athletes of tomorrow. With 2.4 billion people spread across 71 Commonwealth nations and territories (equivalent to 33 per cent of the world’s population), incredibly more than 60 per cent of those citizens are under the age of 30. The Commonwealth and Commonwealth sport, therefore, has a remarkable opportunity to focus its energies on using the power of sport to improve society for the more than 1.4 billion individuals under the age of 30 across the Commonwealth, whether they be in Nauru (with a population of just 10,000 people) or India (with a population of 1.2 billion people).

More relevant than ever because whilst other sporting movements worldwide have suffered from poor governance and have been driven chiefly by commercial deals and revenue over the need to demonstrate sport’s social purpose, it is the modern Commonwealth sports movement that has carved its own unique identity: sport with a social conscience and positive impact.

Whether that impact be through the promotion, protection and safeguarding of clean athletes; the publication of pre-Games and post-Games Human Rights Reports; by embracing the fair living wage; ethical and sustainable procurement, and by including community benefit clauses in host city contracts (take the recognition of indigenous rights through the Gold Coast 2018 Reconciliation Action Plan, for example); or by actively promoting LGBT rights and embracing diversity every single step of the way. These social-driven causes are the Commonwealth sport movement’s raison d’être in the 21st Century, and why Commonwealth Sport has stands apart from any other sports movement worldwide.

More relevant than ever because Commonwealth sport boasts a spirit that Olympic sport quite simply cannot. Whether it is Commonwealth sport’s more accessible or relatable ‘brand’ through the captivating human stories it tells; or whether it is the feeling of ‘belonging’ that Commonwealth countries have through their shared history, common values and vision for the future. Whatever it may be, the modern Commonwealth has a unique camaraderie, one that it hard to put your finger on unless you are part of the Commonwealth.

More relevant than ever before because there is a renewed focus on the Commonwealth. With a successful Gold Coast 2018 now behind us, Birmingham 2022 preparations underway, the high-profile Commonwealth Heads of Government Meeting (CHOGM) hosted by the UK Government last month, and the impending departure of Britain from the European Union – or “Brexit”, as it has become known – the Commonwealth has a spring in its step, a new-found energy that it has not had for years, decades even.

Combined, these reasons – and the communications push the movement has had over the past six months in the lead up to the Games – have put our family of nations back on the map. It has given the Commonwealth Games its mojo back.

The proof of the significant shift in profile for Commonwealth sport is in the numbers: since November 2017 the Commonwealth Sport brand has achieved an unprecedented 350% surge in media coverage (including features with the likes of The New York Times and CNN, organisations that were previously disengaged with the Commonwealth Games); and an 820% increase in social media engagement. These statistics speak volumes, as does the tone of the coverage which focussed heavily on the renewed relevance of the Commonwealth and Commonwealth sports brand, what it means in this post-Brexit world, and how (in the words of one media commentator) the Commonwealth “might just be on to something”.

As successful as the new ‘Commonwealth 2.0’ sports brand might now be seen, there should be no complacency. For what worked for Gold Coast 2018 with the focus on the renewed relevance of the Commonwealth will not necessarily work for the next edition of the Games in Birmingham. The Commonwealth Sports Movement now has a unique opportunity to build on the success of recent months and help Commonwealth Sport continue to grow in stature as it looks ahead to 2022 and beyond.

The future is an exciting one for a family of nations that is now no longer being written off. The Commonwealth dog has far from had its day. It is, to coin a phrase, more relevant than ever before.