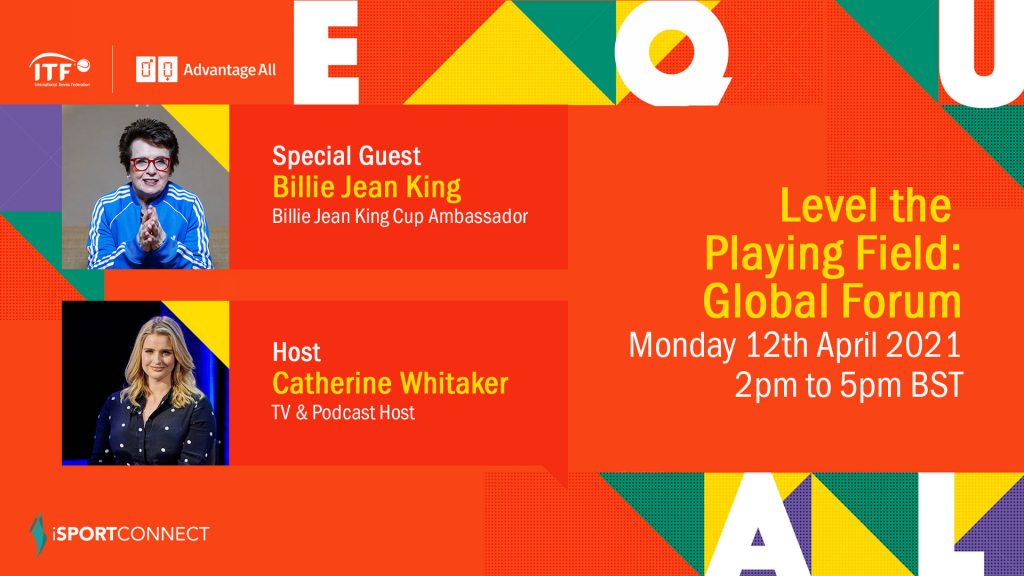 The ITF has today announced the results of a first-of-its-kind global research project examining sports  gender equality across the media and social media, commissioned as part of its ITF’s Advantage All  gender equality strategy, which is supported by the Foundation for Global Sports Development and will be debated during the ‘Level The Playing Field’ Global Forum this afternoon.

Conducted and delivered by Ipsos MORI, the research explored how the representation of male and  female athletes varies, identifying key differences by market and media type, as well as any differences  in consumer searches between male and female players.

Key findings from Global English, France and Spain data include:

• G.O.A.T was mentioned 50% more in men’s tennis content than women’s

Commenting on the findings, ITF President David Haggerty said “Voice is one of the key pillars of our  Advantage All strategy. To make a positive impact in this area, it is vital that we have a credible  understanding of media and social media language. The results reveal that, despite similar public  appetite across both men’s and women’s tennis, there is a distinct difference in the narrative  surrounding them. It’s important to acknowledge that this difference is not necessarily always negative,  but we must avoid a situation where a different focus arises as a result of conscious or unconscious  bias, as ultimately that can diminish the sporting achievements of female athletes.”

The research has been published ahead of the ITF’s global forum on gender equality, ‘Level the Playing  Field’. Supported by BNP Paribas, who are committed to diversity issues and have been a worldwide  tennis sponsor for several decades, and delivered by iSPORTCONNECT, the event will bring together  influential and inspirational individuals from sport and business to debate and advance gender equality in proactive, solution-focused discussion. Billie Jean King, Victoria Azarenka, Chanda Rubin, Caroline  Weir and Annika Sorenstam are among a star-studded line-up of speakers.