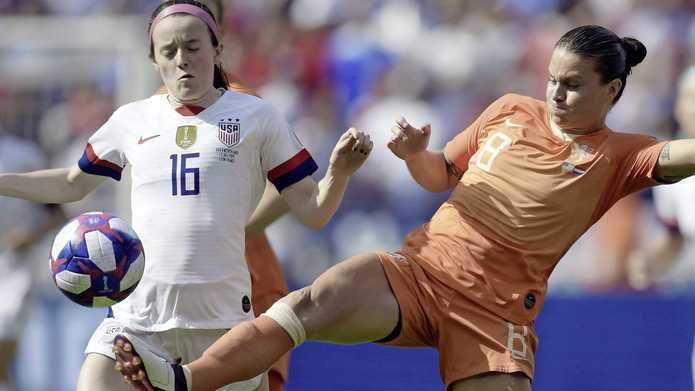 As part of its overall vision to globalise football and accelerate the growth of women’s football, FIFA has published a landmark report on the development and professionalisation of the elite women’s football landscape around the world.

Speaking on the report, Gianni Infantino, FIFA President said: “Boosting the development and growth of women’s football – on and off the pitch – is a key commitment and top priority for FIFA. As the interest continues to increase, we must focus on developing an in-depth understanding of the elite women’s football landscape. This document has been developed with the aim of supporting our women’s football stakeholders to better understand this landscape and to maximise its big potential.

“By working together, and embracing the challenges and exciting opportunities that lie ahead, I strongly believe we can bring women’s football to more people around the world and make it truly global.”

The FIFA Benchmarking Report: Women’s Football provides important insights into several key areas of the elite women’s game including sporting, finance, fan engagement, player related matters and COVID-19. The information comes from a survey completed by a selection of 30 of the top tier women’s football leagues from around the world and 282 of their respective clubs.

Sarai Bareman, FIFA Chief Women’s Football Officer, added: “Whilst many clubs and leagues continue to navigate the impact of COVID-19 on football, this report provides key insights into the reality of the women’s game, as well as the many opportunities and challenges, on and off the pitch for players, clubs and leagues around the world.

“It is paramount, as we look to the future of our game and take decisions that will impact generations to come, that we base these decisions on a clear understanding of where we are. This means generating insights to show what is working well in the current context. This report is an important document to support the decision making process of the stakeholders involved in the game.

Whilst the progress already made and FIFA’s commitment to the women’s game is clear, more can still be done across football to maximize the exciting opportunities on the horizon and ensure a strong and sustainable ecosystem for the whole of women’s football.”