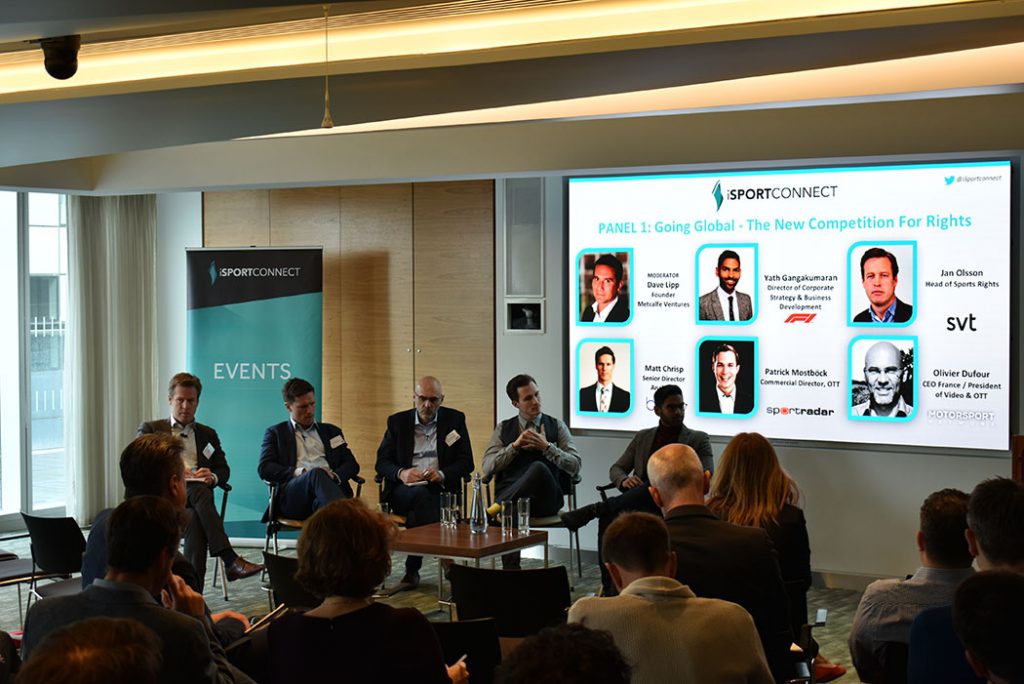 BROADCAST MASTERCLASS: “It’s All About Adding Value For The Fans”

Broadcasters have diversified away from thinking about themselves as a single screen inside the home delivered by transmitters. They know they need to be on all platforms. But just as the advertising has not moved away from ratings, broadcasters are still focused on traditional TV.

And yet, defining broadcasting in a wider sense is not about TV or labelling platforms but what sort of content is being offered.

Guest speakers served up loads of food for thought like the above and specific business insights during the 2019 iSportconnect Broadcast Masterclass FieldFisher in London yesterday.

Here are some of the key takeaways from the second and third panels of the day. For points previously reported from panel one, click here.

Don’t launch tech, such as app, because there is a business reason for it – but because the fans want it.

Broadcasters remain fundamental to the sports market, not just because they can deliver the content to a mass audience but because they pay for it. Without them, sport would cease to exist. One-to-all storytelling is important. Innovation can help them be better at that.

It is sometimes easy to improve the fan experience with available technology. It’s not easy, for example, for fans watching horse races to see which horse is which. Monterosa created an app for coverage of the Grand National that had hundreds of thousands of downloads. Learn more about the innovation here.

The America’s Cup is a great source of innovation because the entire race is re-invented for every edition (the last winner makes all the rules).

Production innovation tends to be slow in traditional broadcasting because it has to be delivered at scale.

Innovation needs to be market-sensitive. For example, you hear the expression “Netflix of football” and you might ask: why? The football market is already cluttered and competitive.

Online video, led by YouTube, accounts for over 25% of total viewing.

Innovation in technology has changed the way lawyers look at deal-making. They are more flexible and can move more quickly than in the past.

The moderator was Ciaran Quinn, C-Suite Advisor, VEO2, who made the point that major innovation takes a long time

YouTube can be a valuable tool for building a following and an audience in markets where the broadcast appetite for a property is soft. You can localize on YouTube and then move up to selling to the broadcast market.

Only a few years ago some rights owners took a negative view of user-generated content and ignored influencers. Now they encourage UGC and even bring influencers to their events.

Live sport used to end at the final whistle. That is not the case anymore. The tail has become longer as rights owners and broadcasters seek to extract more value from live content.

Regionalized content can range all the way to emoji’s and avatars for individual markets.

“I don’t believe in one-to-one content. I think it’s a fallacy. One to a few I can understand.” That view was shared by more than one panellist.

Talking to people in their own language only gets you part of the way there. You need to talk in their culture.

The short deal cycle in Europe (usually three years) make it hard to develop broadcaster partnerships. On the other hand, technology moves so fast, there’s something to be said for not getting tied into longer deals.

Federations and other right owners are now making the localizing content easier for broadcast partners and taking on more of the cost of providing it.

There will be a lot more competition in the production market and the cost of good production will decline. This could be a game-changer in the next few years.

Fragmentation is no longer the simple reality of the broadcast / digital market. There is a bigger picture emerging of working together and creating frameworks of co-operation.

Women’s sport will become bigger and bigger over the next years.

Delegates were treated to a sneak teaser preview of the second series of Netflix hit Sunderland Til I Die during an entertaining interview with producer Leo Pearlman, Managing Partner of Fulwell 73 Productions, who gave an inside look at the making of series one and talked frankly about the business of creating high-end sports-based content.