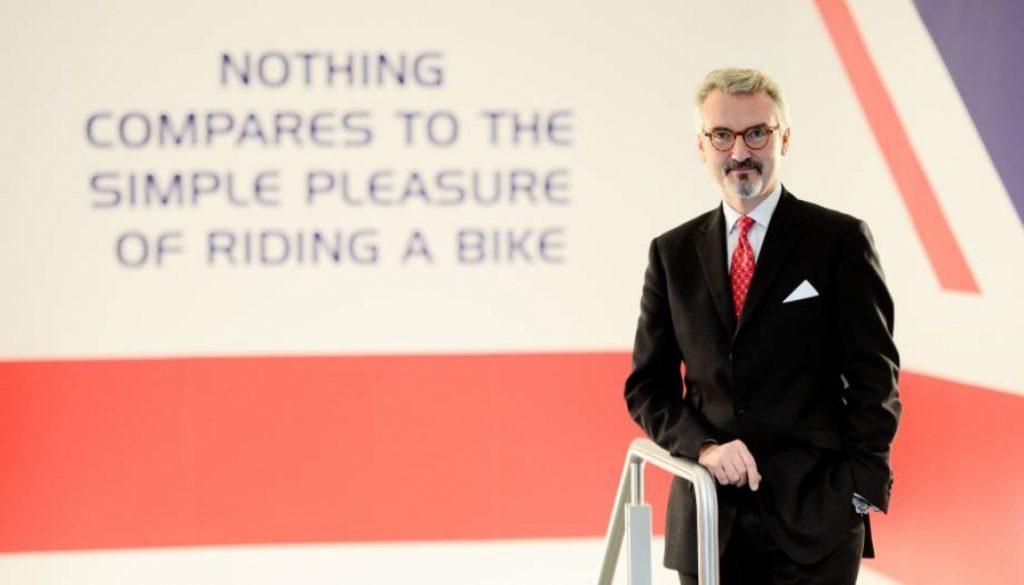 The appointment follows changes to the constitution of British Cycling agreed by the National Council at last summer’s Extraordinary General Meeting to ensure compliance with the code of sports governance.

Slevin said of his appointment: “It is a great privilege to have been chosen to support the leadership team in British Cycling as we look to a new era for the sport and for every cyclist in the country.

“I bring a long-held passion for cycling, combined with a career that has been committed to helping organisations maintain high performance and manage change, whilst upholding the best standards of governance.”

New Chairman of British Cycling, House of Fraser boss Frank Slevin, tells me he’s “surprised” predecessor Bob Howden is now President after “inept & inexcusable” conduct of board, & wants “to draw a bright line between the past & the future” pic.twitter.com/xiszCD4pgu

“I have met with our CEO, Julie Harrington and I’m looking forward to working with her. One of my key priorities will be to give Julie the support she needs as she implements her plans to take British Cycling forward. I’m also very excited about our partnership with HSBC UK, who share our ambitions for the potential of cycling in this country from the playground to the podium.”

Julie Harrington, British Cycling CEO, said: “We are thrilled to be able to confirm the recruitment of Frank – his background and the insight and experience he will bring from beyond the world of sport will be an enormous asset as British Cycling looks to a future where our country can truly count itself as a great cycling nation.”

Marian Lauder, chair of British Cycling’s Nomination and Remuneration Committee, said: “Following a robust and thorough recruitment process I am pleased that Frank accepted our offer to be chair of British Cycling. His commitment to supporting the federation as it enters a new era and his extensive experience in good governance and change management marked him out as the exceptional candidate.”