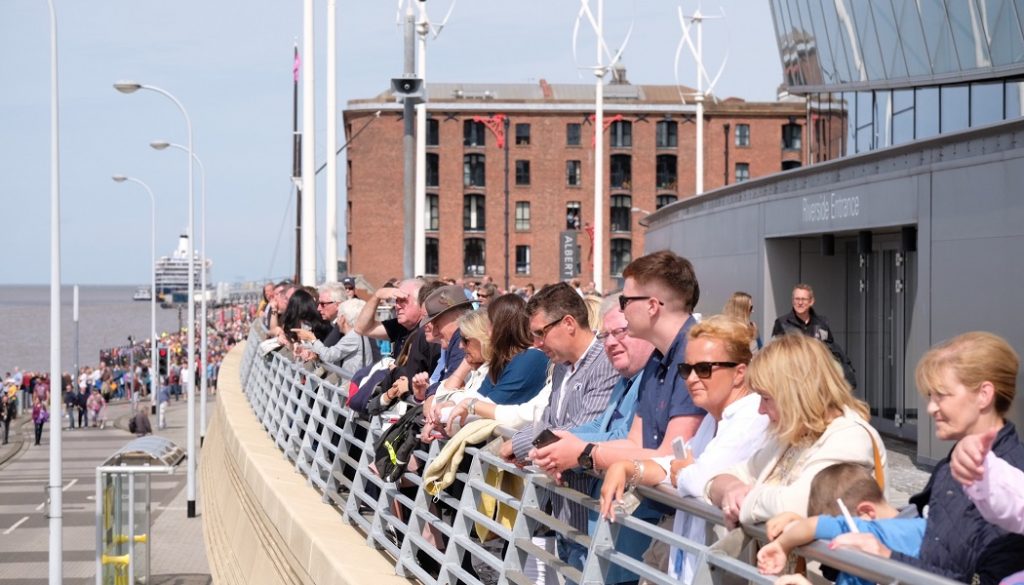 Liverpool 2022 joined in the celebrations as the Clipper Round the World Yacht Race launched from the city’s stunning waterfront on August 20, once more showcasing Liverpool’s passion for sport and highlighting the key role the waterfront has to play in its transformational vision for the 2022 Commonwealth Games.

Thousands lined the docks to watch the 12 vessels set out on their 11 month voyage around the globe, which will see them returning to Liverpool in July 2018 to cross the finish line.

The waterfront is a key part of Liverpool’s 2022 bid. Athletics would take place at a new Everton stadium in Bramley Moore Dock, swimming at a new innovative drop-in arena in the South Docks, cycling and triathlon at Pier Head and a host of indoor sports at the ACC Precinct.

The launch of the Clipper Race was streamed live to a global audience and is testament to Liverpool’s ability to host major international sporting events. The city hosted the Gymnastic National Championships earlier this year, and is looking forward to welcoming the world as its two football clubs, Liverpool and Everton, embark on their new seasons.

Brian Barwick, Liverpool 2022 Bid Chairman said: “This has been a fantastic weekend of sport in Liverpool showcasing our best natural assets – the River Mersey and our people – which has sent out a powerful statement of intent about our capability to host major events.

“It is a further boost to our efforts to persuade Government we can deliver on our plan to stage a responsible, inspirational, and transformational Commonwealth Games.”

Mayor of Liverpool, Joe Anderson, said: “Once again, our amazing city has proved why it has an unrivalled track record in staging major events in what was the climax of an incredibly successful week showcasing sailing.

“The stunning backdrop of our incredible waterfront, married with the amazing sight of 12 yachts on the River Mersey, combined with the infectious enthusiasm of the spectators all came together to make a memorable day and shine the media spotlight on the city.

“We are now at a crucial stage in our bid to win the right to be the UK’s candidate city for the Commonwealth Games in 2022 and the timing of the launch of the Clipper Round the World Yacht Race could not be more perfect.”