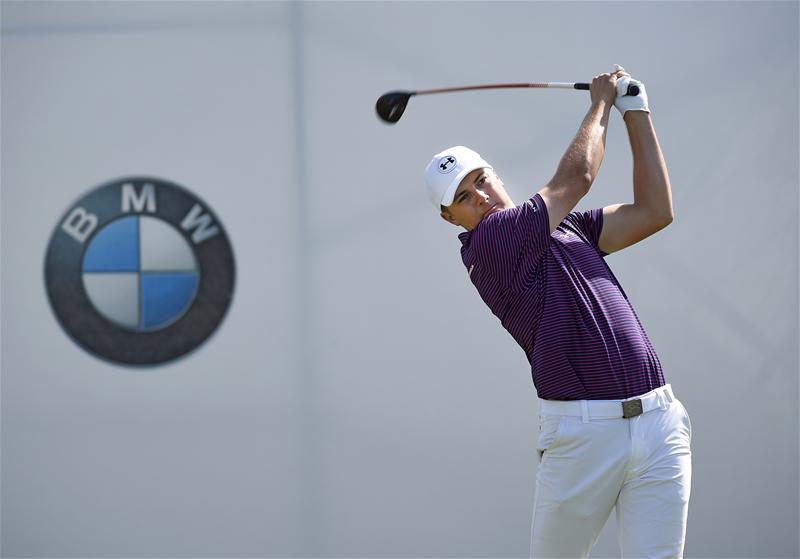 Shortly before this year’s BMW Championship, the venues for 2025 and 2026 – Caves Valley Golf Club and Bellerive Country Club – were announced today at Wilmington Country Club (Delaware, USA). The Olympia Fields Country Club in Chicago and Castle Pines Golf Club in Castle Rock, Colorado, just south of Denver, have already been confirmed as hosts for 2023 and 2024.

“We are excited to bring the BMW Championship back to these iconic venues, giving the amazing fans of the greater Baltimore and St. Louis areas a chance to see the best players in the world up close,” said Vince Pellegrino, WGA Senior Vice President of Tournaments. “When we consider potential hosts, we look for challenging layouts that can deliver an unmatched experience for fans and our PGA TOUR partners. Caves Valley Golf Club and Bellerive Country Club are the perfect additions to our championship lineup.”

The BMW Championship, the penultimate event of the PGA TOUR’s FedExCup Playoffs, dates back to 1899, when it debuted as the Western Open. It is the third-oldest tournament on the PGA TOUR schedule, behind only the British Open and the U.S. Open. BMW became the title partner of the event in 2007.

After going nearly 60 years without hosting a PGA TOUR event, the Baltimore area is getting its second in five years. Patrick Cantlay won the 2021 BMW Championship at Caves Valley Golf Club, prevailing in a thrilling six-hole playoff on his way to capturing the FedExCup. The 2021 event yielded a record contribution to the championship’s sole beneficiary, the Evans Scholars Foundation, raising $5.6 million for caddie scholarships and helping establish the Caves Valley Evans Scholars Scholarship House at the University of Maryland.

Bellerive Country Club hosted the 2008 BMW Championship, as Camilo Villegas earned the first PGA TOUR victory of his career. The club was established in 1897 and is celebrating its 125th anniversary this year. The current course was designed by renowned architect Robert Trent Jones, Sr., in 1960 and underwent major renovations led by Jones’ son, Rees Jones, in 2005, 2013 and 2019. In 1965, Bellerive Country Club became the youngest course to host the U.S. Open, with the legendary Gary Player completing the career grand slam. The club also hosted the 1992 PGA Championship – Nick Price’s first major victory – and the 2018 PGA Championship. In November 2021, the club was selected to host the 2030 Presidents Cup.

The BMW Championship will continue to play a vital philanthropic role by introducing golf fans across the country to the Evans Scholars Foundation and its mission of awarding full tuition and housing college scholarships to deserving young caddies.

“We are proud of our longstanding collaboration with the Western Golf Association and of the work we’ve done over the past 15 years to help so many young men and women go to college and pursue their dreams,” said Sebastian Mackensen, President and CEO, BMW of North America.

Since 2007, the BMW Championship has raised more than $40 million for caddie scholarships, helping send more than 3,300 young men and women to college.