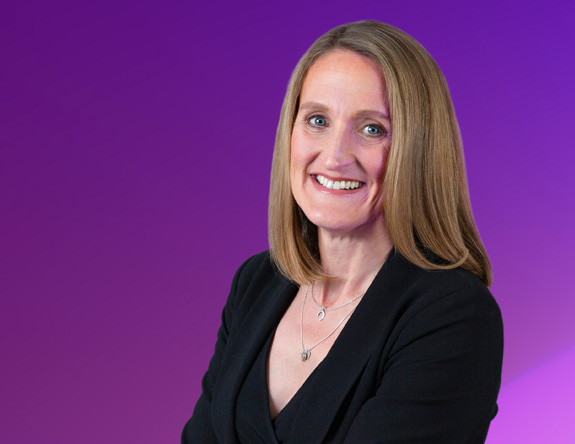 Jay Stuart speaks to Emma McGuigan, Lead – Intelligent Platform Services at Accenture, ahead of her appearance at our Blockchain and NFT eMasterclass on Tuesday, July 20th, where she will be discussing the topic of blockchain further for our community.

It is ironic that the most prominent application of blockchain so far has been Bitcoin because, as I learned from Emma McGuigan of Accenture, cryptocurrency does not really provide a very helpful illustration of how blockchain can be of practical use. She has better ones.

Emma, who leads Accenture’s Intelligent Platform Services, will be taking part in a session on Blockchain Applications for the Sports Industry at iSportConnect’s first Blockchain & NFTs eMasterclass on July 20. I don’t intend to steal her thunder by giving away much of what she might have to say. You would be wise to register and listen to her on the day. As a taster, I will just share a few of the basic ideas that she opened up for me in our conversation.

“Blockchain technology is a pattern that you then need specialist technology to overlap.”

Emma is an electronics engineer who oversees Accenture’s relationships, strategy and capabilities globally for all industries across the leading internet service providers. She used to be the group technology lead for communications media and technology globally. “In that portfolio of clients, we have all the big platform players, the software providers like Microsoft Google and AWS, and a lot of the smaller clients incubating new technologies like blockchain. But we also have media and we have telco, industries which have been massively disrupted over the last five or ten years. I’ve had to be thoughtful really quickly about reinventing their business models.”

As daunting as that sounds, when Emma talks about blockchain she can be absolutely as clear as a kindergarten teacher, which is just what I needed for this subject. So here goes, put simply.

Start with thinking of blockchain as a pattern. “Blockchain technology is a pattern that you then need specialist technology to overlap.” It can create a “distributed ledger” that enables you to track authenticated trades in an ecosystem of organisations which collaborate, like the sports business.

Emma used the music industry as a parallel. And her explanation based on music really does sum it up nicely.

“You’ve got broadcasters who want to broadcast music, production studios who want to embed music, creators of music with a whole breadth and depth and complexity over who owns and creates music from the writers to the performers to the producers, and many others. And you’ve got mediators in the end who are mediating how you monetise the music. And this means that they all need to be somewhat looking at each other’s data. If I’m the mediator, I need to know who’s using the music and what they’re paying for it and when. So you’ve got people wanting to access each other’s systems.”

“Now what if you didn’t need to access each other’s systems and instead the transactions all sit with the piece of value, the object that’s got the value, which in this example would be the music? Then anybody can access the ledger at any time, there’s no access required and there’s no security issue. I don’t need to access anybody else’s system or wait for a file to be transferred. I can just look at the valuable piece of data and understand who’s using it, when they’ve used it, whether payments been made or not made. In principle, you can apply this model wherever you’ve got an ecosystem of a group of fairly static actors that work together.”

I’m sure you can make the leap to who those actors are and what the pieces of value might be in the sports business.

With blockchain, the digital ticket itself is always valid and it holds all the information the seller and the buyers and the venue need to know.

We’ve been hearing a lot about NFTs like the NBA Top Shot collectibles and they will be a big part of the eMasterclass agenda, but a more obvious blockchain use might be for other parts of the sports value chain, like ticketing authenticated merchandise. Indeed, Emma said that ticketing was the first thing that came to kind for her. With blockchain, the digital ticket itself is always valid and it holds all the information the seller and the buyers and the venue need to know. If a ticket changes hands you can follow it.

I said before that Bitcoin is not an ideal example of blockchain. For one thing, the technology creates the value of cryptocurrency, which doesn’t have any real-world value otherwise. And blockchain is most useful when the ledger of authenticated users is fairly compact, like for a ticket. When you start to get into the thousands or millions like with cryptocurrency, it’s a whole different ballgame.

Now, practically speaking, when it comes to making blockchain a reality for your organisation, you don’t just call up the blockchain guy who comes and installs it one morning. There’s more to it than that.

“Technology is helping drive the change but it’s not the driver of the change.”

“You’re getting into the world of really thinking about how you use technology to transform the way you operate,” Emma says. And that means relying on providers like Accenture that help drive the whole digital transformation for you to help you unlock value. And if we look at football, for example, that might not be up to the individual club.

“We get back to the ecosystem question,” she says. “In football the league provides the ecosystem for all the clubs to compete and be successful. The league becomes the catalyst for unlocking the value. It already does that with television rights, with the clubs sharing revenue.” So maybe it will be for the leagues and similar associations to drive adoption of blockchain solutions. It really comes down to deciding what the desired shared outcomes are.

As Emma says, “Technology is helping drive the change but it’s not the driver of the change. The outcome that you want is the driver for change with technologies as the enabler.”