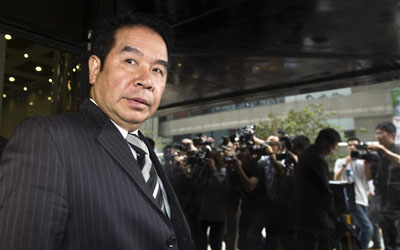 A Birmingham City fans group has said there are concerns over the club’s future after owner Carson Yeung was found guilty of five counts of money-laundering.

Yeung , 54, resigned from the parent company whilst he awaited the verdict in a case where he had denied all the charges relating to money-laundering.

The Hong Kong businessman bought into the Midlands club in 2007 and acquired the rest in 2009, but was accused of laundering money between January 2001 and December 2007 to the total of $93m.

“Whilst we know that Carson is a major influence in that, we need to know what’s happening with the football club.

“Concerns have always been there. They have been there from day one and they are still there today, but we have more support now, more galvanised fans. Support that has a concern about where we go together and how we support our club.”