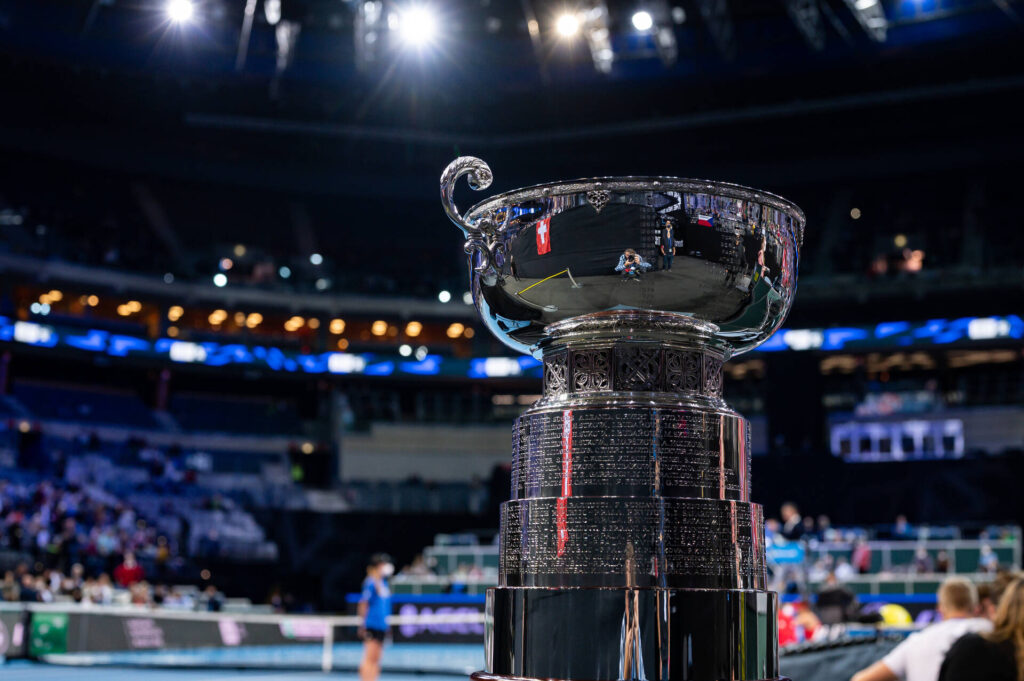 It’s all go at this time of year for the International Tennis Federation with the world championships for women’s and men’s teams happening back to back. As the Davis Cup gets underway in Spain, I have a confession to make. I admit that as I was watching the Billie Jean King Cup finals in Glasgow a week ago, I had no idea just how much cash there was on the line.

I suppose that I assumed that, because it’s a tournament for national teams and part of the Olympic qualification pathway (like the Davis Cup), the players were mainly doing their patriotic duty with some money thrown in to sweeten the experience. And I am guessing that many people in the arena and watching on TV around the world were similarly ignorant of the size of the payday awaiting the winners.

The intensity of the competition and quality of play should have tipped everybody off. These women really were giving their all on the court at Glasgow’s Emirate Arena.

And that’s no surprise because, national honour aside, we’re talking about big bucks. The players on the winning team from Switzerland shared $2 million in prize money. For the runners-up from Australia it was $1.2 million and making it as far as the semi-finals was worth $800,000 per team. Teams in the group stage get $400,000 each.

And in line with the ITF’s commitment to gender equality, the rewards for players in the Billie Jean King Cup are equal to what the men get in the Davis Cup.

Parity has been achieved in 2022 thanks to the arrival of new partner Gainbridge, which came on board as a sponsor with the express aim of levelling things up.

The BJK Cup comprises 12 teams playing for two weeks in a round-robin group stage, semi-finals and final (the last phase take place in a single location over six days) with a total pot of $11.4 million. The Davis Cup offers $14 million but there are 16 men’s teams playing for three weeks. When you pro rate the figures, it’s even-steven.

In the BJK Cup, $3.4 million is shared by the federations of the competing teams. The prize pot of $8 million on top of that goes right to the players.

But it’s not only about amounts of money. What’s important to recognise is that the players are paid not as individuals, but as part of a winning team. They need to be in it together. They don’t get individual WTA ranking points. It’s all about winning the tournament. And the team dynamic changes the whole nature of the competition.

That story of team competition in tennis probably needs to be more generally understood by fans and communicated by the media to the wider audience because, more than big money, it’s what makes the BJK Cup so special and exciting.