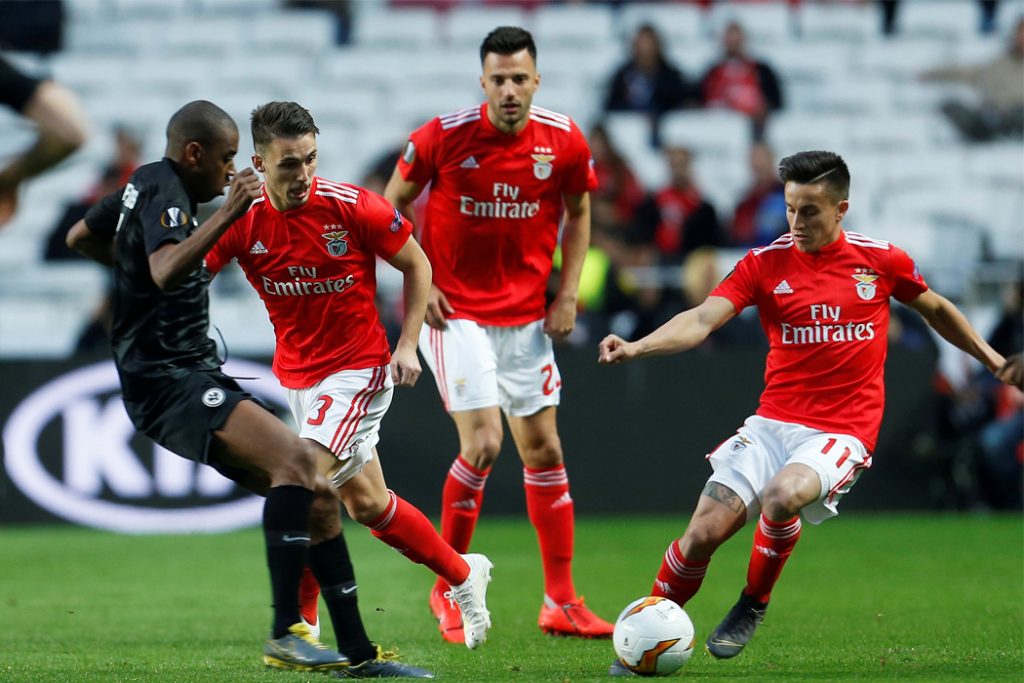 Benfica Opens The Gate For Cryptocurrency

Partnering with solutions provider UTRUST, Benfica now gives its supporters the option to use cryptocurrency to purchase match tickets and the full range of merchandise through the official Benfica online store.

With more than 14 million supporters worldwide, and a global, digital fan base that exceeds seven million across social media platforms, Benfica will use cryptocurrency to help drive its evolving e-commerce strategy and expand its global audience.

The partnership with UTRUST, based in Braga in northern Portugal, will give Benfica access to a wider customer base and offer a significantly enhanced online experience through the implementation of novel technologies.

UTRUST’s core technology will allow Benfica to take advantage of the increased security and convenience of cryptocurrency payments while protecting the club from market volatility.

Most importantly,  Benfica will be able to settle payments directly to its bank in fiat on the very same day they are received.

For supporters, paying with cryptocurrency is cheaper, safer and faster than any other online payment method.

With the UTRUST platform, users can pay using the native UTRUST token (UTK) in addition to popular cryptocurrencies Bitcoin and Ethereum.

The official Benfica online store has already begun accepting cryptocurrency and supporters can purchase tickets, clothing and all other merchandise via Benfica’s desktop website, mobile or dedicated app

S.L. Benfica CEO Domingos Soares de Oliveira said: “This is an exciting day in the history of S.L. Benfica as we announce our decision to accept cryptocurrency payments. Our benfiquistas make Benfica the unique and special club that it is, and we recognize that many of our supporters are now digital users first, so we want to be ahead of the curve when it comes to adopting novel technologies and giving our supporters the best online experience.”

“We are very excited about the possibilities that this partnership with UTRUST presents in the evolution of our e-commerce strategy and we look forward to accepting our first cryptocurrency payment.”

UTRUST Co-Founder and CEO Nuno Correia said: “This partnership with Portugal’s number one football club marks a major milestone for UTRUST and the blockchain ecosystem as a whole. Benfica is one of the biggest sporting clubs worldwide and we are delighted to be making cryptocurrency payments possible for their 14 million supporters around the world.”