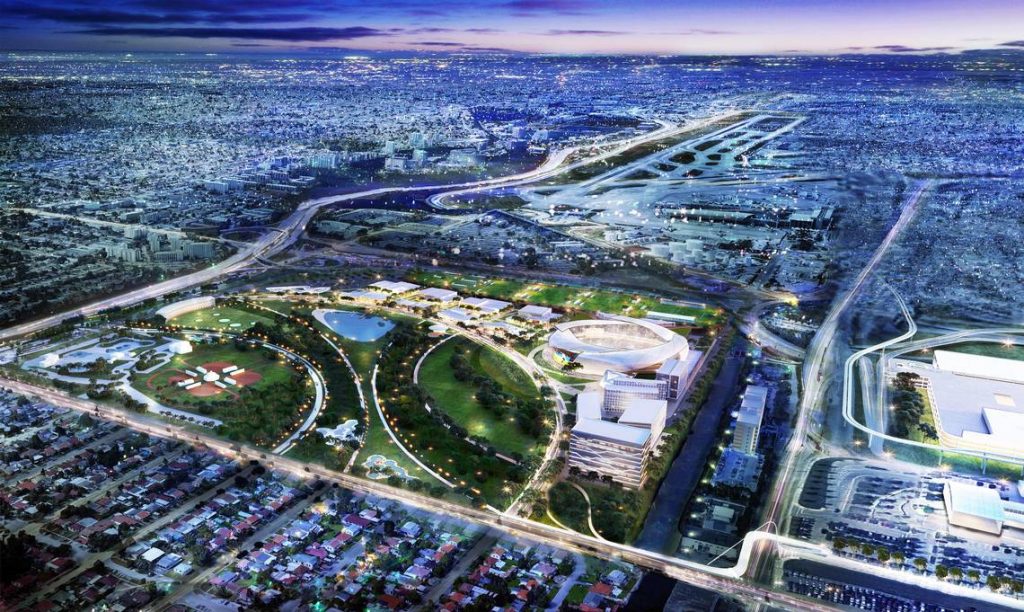 Beckham’s MLS Team Aims To Kick Off In Fort Lauderdale

A new 18,000-seater stadium will be built on the site of Lockhart Stadium, former home of the Fort Lauderdale Strikers and defunct MLS team Miami Fusion, which has fallen into disrepair.

Former Manchester United and Real Madrid midfielder Beckham and his team of investors will also base their youth academy at the site in Broward County north of Miami.

Inter Miami will join MLS next season but the team currently does not have a stadium.

The club is hoping to complete negotiations to build a stadium in Miami, near the airport, and move back to the city when the proposed Miami Freedom Park (see image above) is completed.

The plan envisions a 25,000- seat stadium, restaurant and retail space, and office park, hotels, soccer fields, a public park and a “golf entertainment facility” — a redevelopment plan the group says will cost $1 billion.

“We have made a proposal…about revitalising and activitating this site, what was a historic stadium which was always the home of professional soccer in South Florida with a lot of history,” said  Mas.

“This is a great opportunity to create new memories for this site – our academy and training centre will be based here but also we will activate this site with an 18,000 brand new stadium, it will be ready to host our first two seasons of MLS here,”

Beckham said, “We will be in Miami but our commitment is also to South Florida. We are not coming here for just for two years and then abandon this  ̶  this is a long-term project.”

Inter Miami’s proposal will need to be backed by the city of Fort Lauderdale at a meeting on Tuesday.

A rival bid will also be presented by FXE Futbol, aimed at creating create a venue for a projected team in the United Soccer Leagues and family sports facilities.