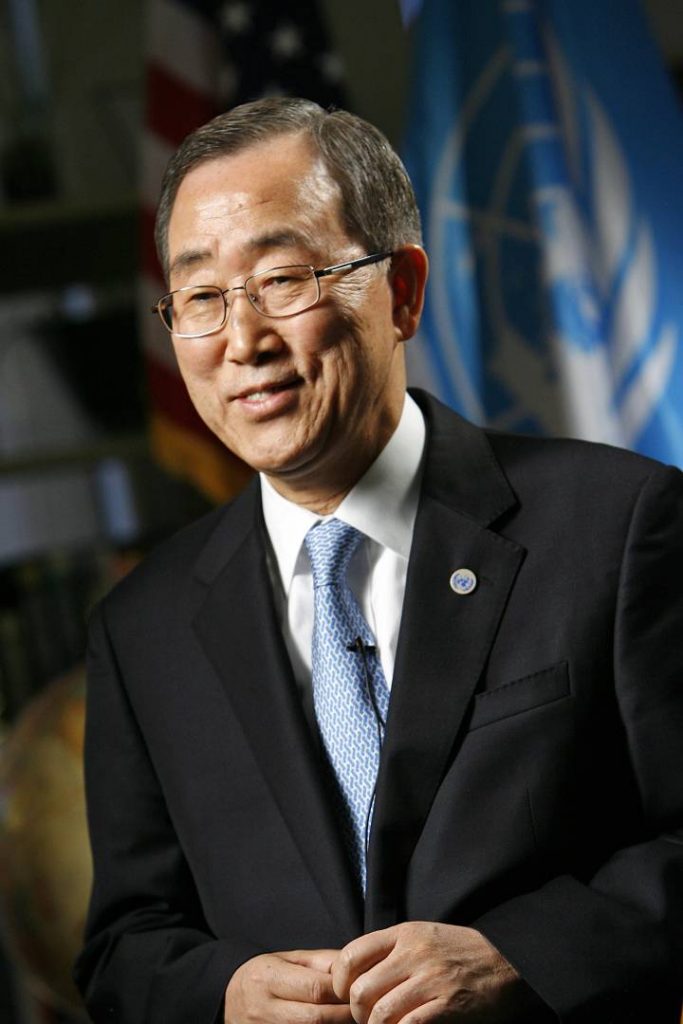 SportAccord announced today that H.E. Ban Ki-moon will deliver the Opening Welcome Address at the SportAccord Summit on Wednesday, May 8, 2019, in Gold Coast, Australia, and he will also take part in the United Through Sports Youth Conference.

He said: “I, as an Honorary president of 2019 Chungju World Martial Arts Masterships, a Chairperson of IOC Ethics Commission and the 8th Secretary General of the United Nations, am very pleased to participate in 2019 SportAccord in Gold Coast.”

“The SportAccord Summit will be an important stage to share the knowledge and information on the topic of ‘The Future of Big Data and Analytics’ among leaders in the sporting world. I hope all participants and colleagues of 2019 SportAccord endeavor to promote sport for development and peace in the world through the SportAccord Summit.”

Sporting leaders and delegates represented at the highest levels will gather at the SportAccord World Sport & Business Summit in Gold Coast for a week of networking and key meetings, and hear the latest from around 100 subject matter experts involved in this year’s conference programme.

Commenting on the participation of H. E. Ban Ki-moon, Nis Hatt, Managing Director of SportAccord, said: “It is an absolute pleasure and honour to be welcoming His Excellency Mr Ban Ki-moon to the SportAccord Summit 2019. His vision, leadership and accomplishments over the years have made a significant impact around the world.”

“His leadership continues to inspire as one of the world’s top global thinkers. We look forward with anticipation to hear what His Excellency will impart to the international sports community during his Welcome Address at this year’s SportAccord Summit in Gold Coast.”

Delegates can register and hear first-hand from a stellar line-up of Summit speakers and panellists, as well as take part in the newly formed interactive Summit Hub sessions planned for Day 2 of the SportAccord Summit. Each hub (5 in total) will be led by a Summit speaker, where attendees will be able to discuss the Summit conference sessions from Day 1 in more detail with peers.

H.E. Ban Ki-moon will also speak at this year’s United Through Youth Opening Conference taking place 7 May 2019 during SportAccord and forms part of the Sports Festival hosted by United Through Sports.

The events embrace a number of key drivers which have become part of the DNA for United Through Sports. These comprise: inclusivity; unity in diversity; the future, our youth; non-discrimination; gender quality; providing opportunities for the youth via sport; building alliances to give back.

The Sports Festival was formed to make a real difference to the lives of countless children, giving them a chance to showcase their talents regardless of ability or life circumstances. This year’s Sports Festival is under the patronage of the International Olympic Committee (IOC).

With the full support of the IOC and the Queensland government, around 5,000 children from 170 schools are set to take part in the Sports Festival (7 – 10 May 2019). Children will have the opportunity to try as many sports as they wish (around 60 sports federations are involved including well-known athletes and celebrities).

Morning programmes, a mix of promoting an active lifestyle and education, will be exclusively for the youth of Australia, and doors will be opened to the general public for the afternoon and evening sessions.

The Festival Opening Ceremony involves over 200 youth with a history-making performance planned. The ceremony promises to be an eye-opening, educational and action-packed extravaganza with many exclusives and ‘firsts’ being revealed from the moment the Sports Festival begins with the entire Opening Ceremony also performed in ‘sign’.

To benefit from these exclusive opportunities, organisations can register for SportAccord and take advantage of the full conference programme and all that the Sports Festival has to offer.

To become an Exhibitor or Partner contact the sales team: sales@sportaccord.com or phone +41 21 612 3070. To register as a delegate and watch past SportAccord footage visit www.sportaccord.sport.