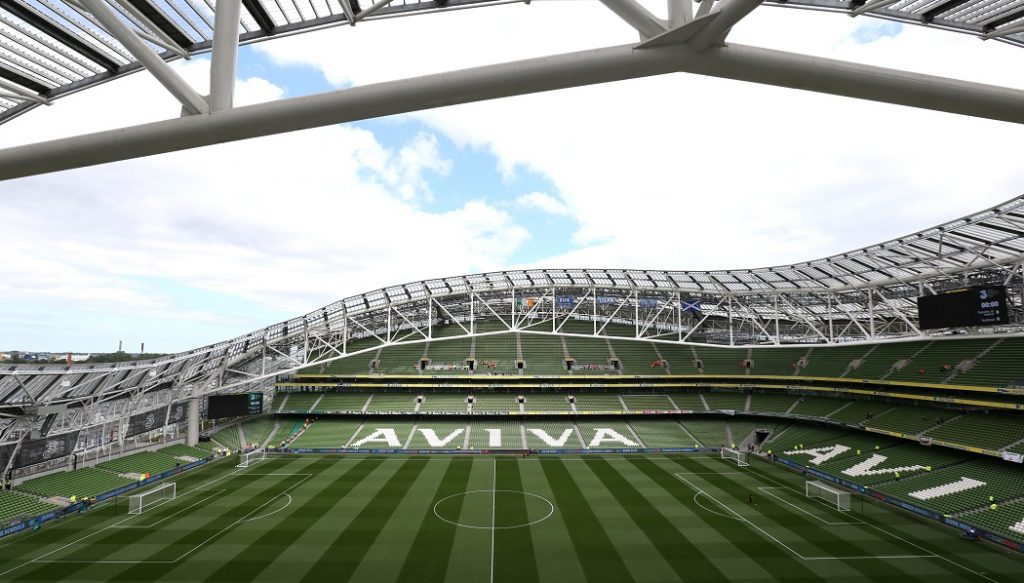 Aviva Ireland has today announced the extension of its naming rights of the Aviva Stadium until 2025.

The company, which has served as a partner of the IRFU and FAI since 2010, also sponsors and supports two successful grassroots programmes.

Since opening in 2010 the arena has staged more than 140 major events, which have been attended by over seven million people.

Mark Wilson, Group CEO of Aviva, said: “The Aviva Stadium is an Irish icon, one of the world’s great stadiums. It is the home of many Irish victories and wonderful sporting drama.

“We are delighted to extend our sponsorship for a further five years and continue our successful association with the FAI and IRFU in support of Irish Football and Rugby.”

IRFU Chief Executive, Philip Browne, added: “Aviva has been a great supporter of Irish Rugby over the past eight years and we look forward to further developing our partnership in the years to come.”

FAI Chief Executive John Delaney, commented: “We can be extremely proud of the Aviva Stadium being considered amongst the best stadia in Europe, which is why UEFA chose it to host the 2011 Europa League final and for four games at Euro 2020.

“We look forward to working with Aviva Ireland, the staff at the Aviva Stadium, and the IRFU over the next five years as we continue to provide the best possible experience for our supporters, stakeholders, and partners.”