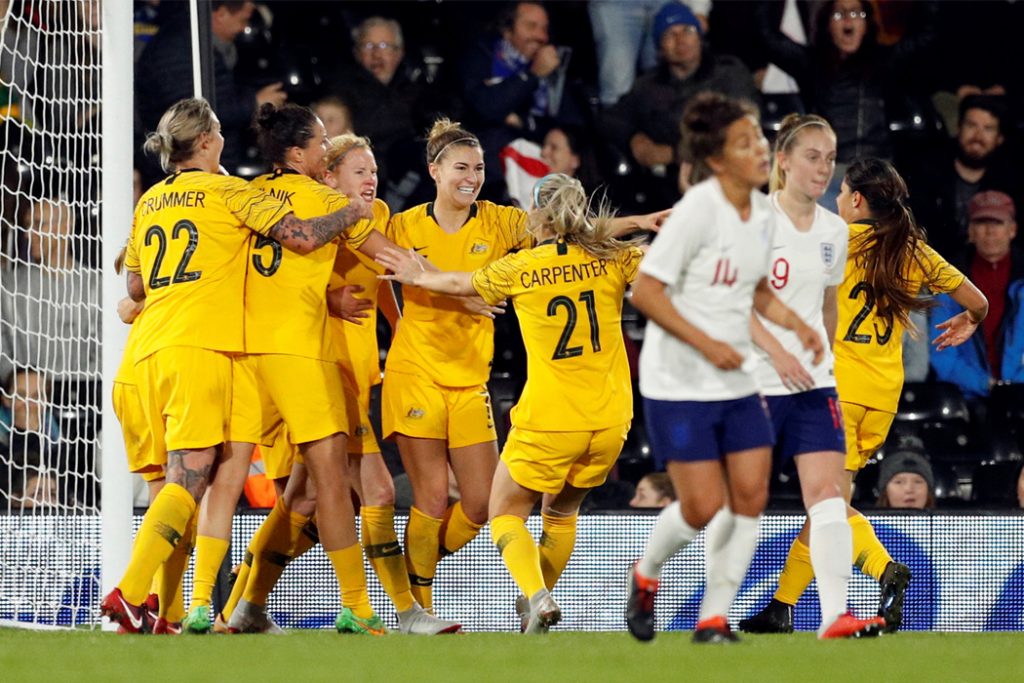 The winning team at the women’s World Cup in France, which starts on Friday, will receive $4 million in prize money from the tournament’s total pool of $30 million.

“The PFA expressly reserves the rights of the players to have this matter resolved through appropriate means including mediation and arbitration,” said the Australian letter, addressed to FIFA’s Chief Officer for Women’s Football Sarai Bareman.

The PFA have launched a website (www.ourgoalisnow.com) outlining the campaign’s aims and instructing women’s players how to participate.

Australia’s ‘Matildas’ team, quarter-finalists at the last women’s World Cup in Canada, have thrown their weight behind the campaign, with players posting its logo and video on their social media accounts.

Gender pay disparity in football was put in the spotlight in March when the U.S. women’s team sued the U.S. federation alleging gender discrimination three months before their World Cup title defense.

Although prize money at the women’s World Cup in France is double the amount from Canada, the pay gap with the men’s tournament actually increased to $370 million from $343 million.

FIFA is hosting its first Women’s Football Convention in Paris on June 6-7, where it said leaders from the world of sports and politics will discuss the development and empowerment of women in soccer.