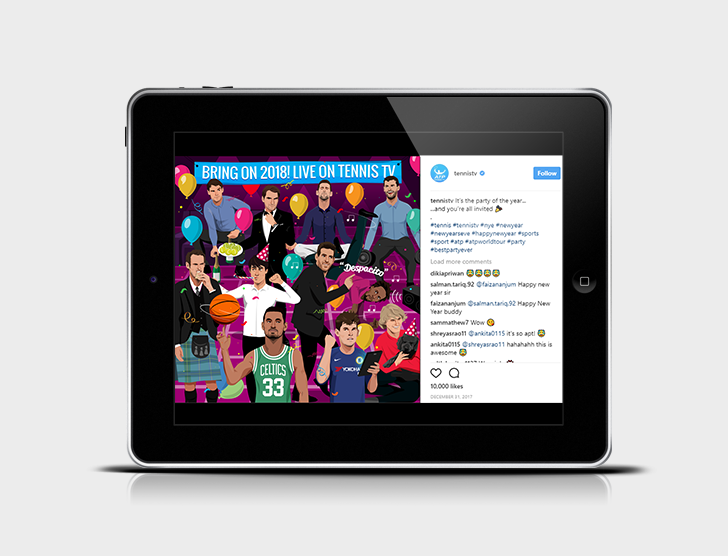 The growth was championed in Facebook’s series of ‘Success Stories’ case studies, which stated that the increase was the result of video-led approach to fan engagement.

Both ATP Media and LiveWire drove a video-first approach on social media for Tennis TV, the official live streaming service of the ATP World Tour.

Total interactions grew by 357% year on year with the focus on video driving engagement and generating 240 million video views, an increase of 546% when compared to 2016.

Stuart Taylor, digital director at ATP Media, said: “We’re looking forward to the next phase and continuing to develop ATP Media’s social media strategy to drive and engage audiences with the ATP World Tour live product, whether on television, digital or via social media.”

Caroline Cheese, director and co-founder of LiveWire Sport, said: “This has been an incredibly rewarding project to work on and we are absolutely delighted with the results of our partnership with ATP Media in year one. We are in the initial phase of a long-term strategy, and we’re really excited about what’s still to come.”