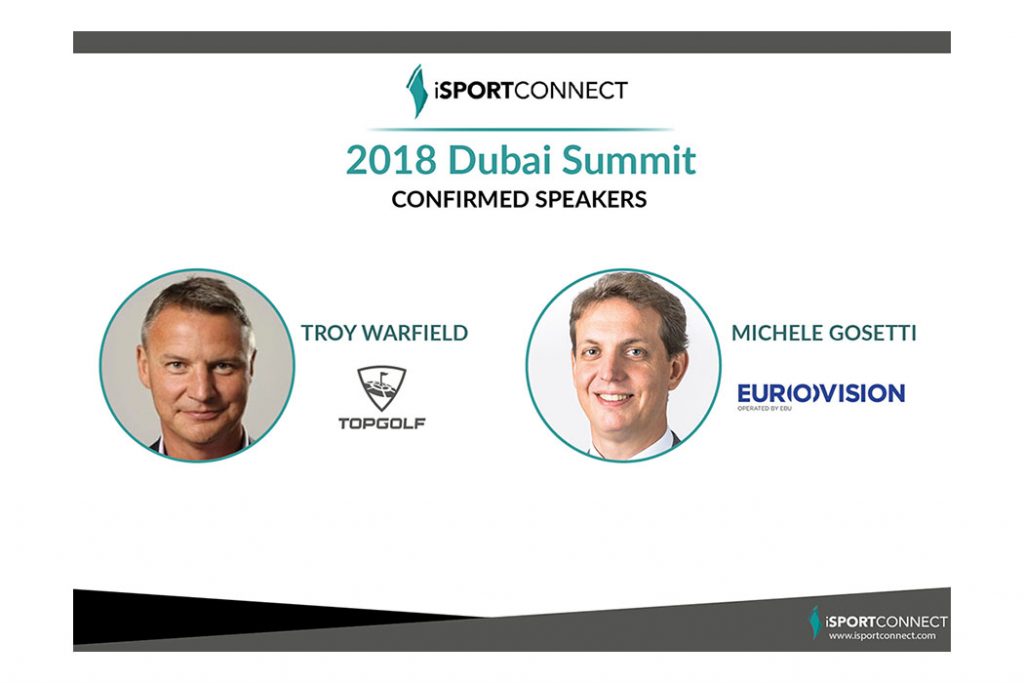 iSportconnect are delighted to announce two more fantastic speakers for our Dubai Summit on the 5th of December.

They join a host of fantastic names we have lined up to speak, with Frank joining a panel which will cover the three major world cups in sport this year, with huge names from World Rugby and the International Cricket Council taking part on the same panel.

Peter leads Corporate, Brand and Digital marketing for Accenture across the Europe and Middle East region and as part of that has led, or overseen, most of the company’s significant sports and arts sponsorship programmes over the last 5 years. Sport has always played a major part in his life and, indeed, he was brought up as a child in Dubai where his father was one of the three co-founders of the Dubai Exiles and Dubai 7s in the late 1960s.

He started his career in the PR Agency world spending nearly 15 years at major global agencies and ending up at Hill&Knowlton where he led the European Technology Practice. In 2004 he joined Accenture as UK and Ireland marketing director responsible for a broad range of marketing and communications programmes before joining the Rugby Football Union in 2009 as the head of Corporate Communications and Public Affairs where he was closely involved in the bid for the right to host the 2015 Rugby World Cup.

In 2012 he returned to Accenture to lead European and UK Marketing including leading their award winning sponsorships of the RBS 6Nations and the National Theatre as well as advising on multiple other sports and arts sponsorships Accenture has globally. In 2017 he expanded his responsibility to include the sponsorship Accenture has with Expo2020 where they are a Premier Partner.

Frank Leenders (born in The Netherlands, 1968) has more than 20 years of experience in international sports marketing at the highest level.

He started his professional career with ISL Marketing during the FIFA World Cup 1990 and subsequently joined start-up company TEAM Marketing in 1992, where he was part of the launch and development of the international benchmark project, the UEFA Champions League, since its very first season (1992-93).

He moved to Rome to join pay Television Sky Italia in 2001, where he was Director of Sports Rights Acquisitions, responsible for the acquisition of all sports related Television rights.

In 2002 he returned to TEAM, where he became Managing Director and was appointed to the Board of Directors in 2005. Following his departure at the end of 2010, he co-founded the independent sports marketing firm Value-Experience.

In 2012, he supported the design and development of a dedicated media and marketing unit for FIBA, the international Basketball Federation in Geneva. Frank is now the Director General of this entity: FIBA Media and Marketing Services SA.

Frank holds a degree in Economics from the University of St. Gallen (CH) and has an MBA from SDA Bocconi in Milano (I).

To register your interest in attending the 2019 iSportconnect Dubai Summit, please contact Joe Condon at joe@isportconnect.com