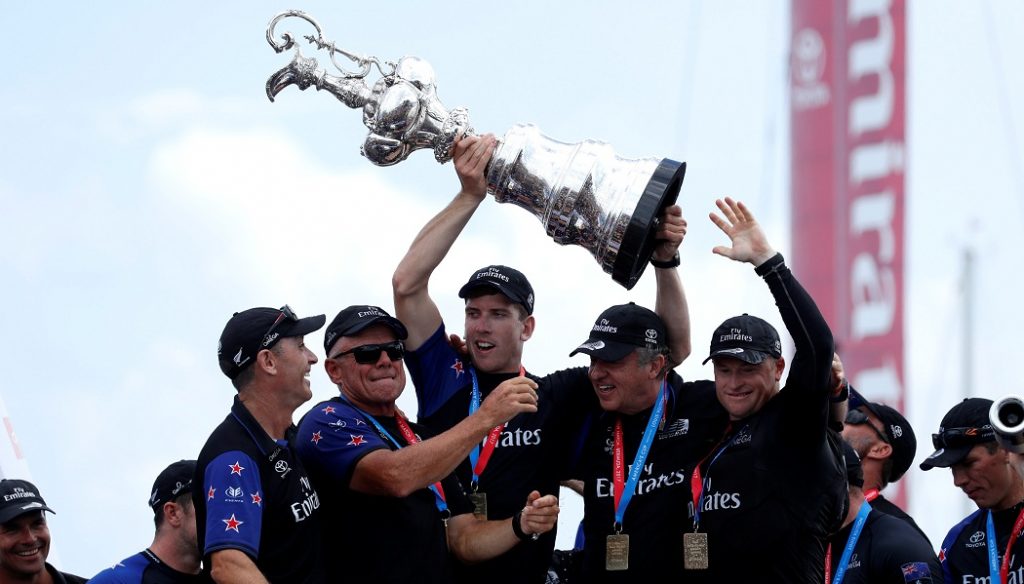 Team New Zealand have received a $5 million funding boost from the country’s government to help it retain its key personnel.

Peter Burling became the youngest helmsman to secure sailing’s biggest prize in the process and the impressive overall performance has been welcomed by officials in New Zealand, with economic benefits expected to be equal to those gained from hosting the Lord of the Rings film series.

VIDEO: We did it. The @americascup is coming home #NewZealandsCup #etnz pic.twitter.com/KUq05PbXCH

“This investment of $5 million will go some way toward protecting the valuable intellectual property, experience and skills that rest with key team members.

“While the location for the 36th America’s Cup has not been decided yet, we do know that hosting a regatta in New Zealand has the potential to generate significant economic benefits.

“The America’s Cup regattas hosted in New Zealand in 2000 and 2003 had a significant impact on the New Zealand economy generating around half a billion dollars of total value added per regatta, particularly in the marine and tourism sectors.

“New Zealand Trade and Enterprise also held a successful business leverage programme at the 34th America’s Cup in San Francisco in 2013 which generated trade and investment deals for New Zealand worth $200 million and a further $120 million of new sales opportunities and investor interest.”