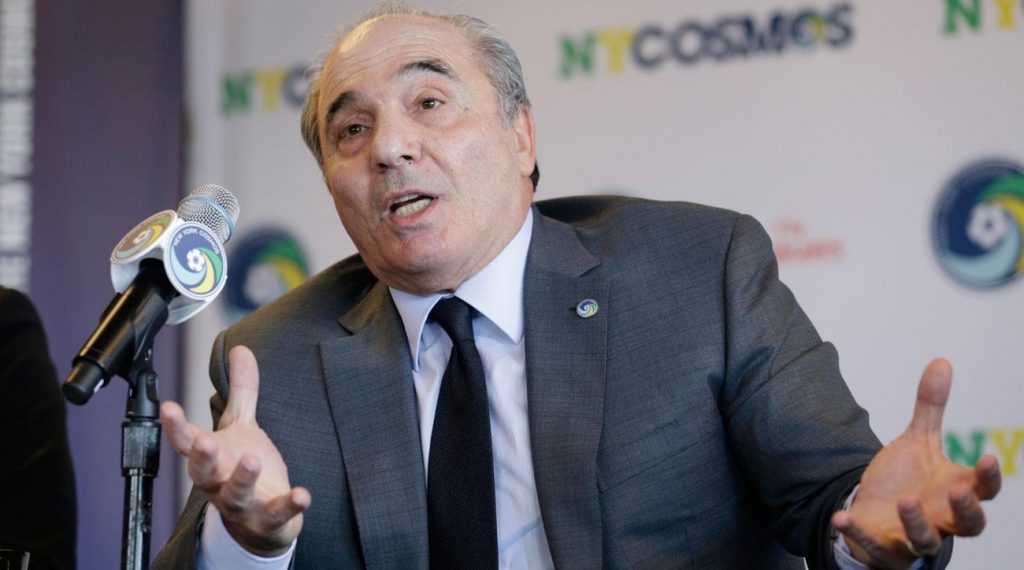 It’s reported Commisso wrote a letter to the new president of US Soccer, Carlos Cordeiro, earlier this month, outlining his investment plans for the NASL, which the Cosmos have played in since returning to competitive action five years ago. The investment deal would include $250m (£183m) of Commisso’s own cash, with the other half to be raised from other investors.

The proposal is dependent on US Soccer guaranteeing the NASL a ten-year window to align with the federation’s division regulations. Commisso also wants the governing body to restructure itself to remove what he sees as favouritism towards Major League Soccer (MLS) and its player development partner the United Soccer League (USL).

Commisso’s offer comes in reaction to US Soccer’s decision to revoke the NASL’s Division 2 status at the end of last year when the league failed to meet standards for that tier. The NASL then announced that it was cancelling its 2018 campaign after Commisso’s legal attempt to reinstate its Division 2 status failed.

Commisso’s investment would provide funding for updating stadiums and allow 10 teams to play as soon as next year.