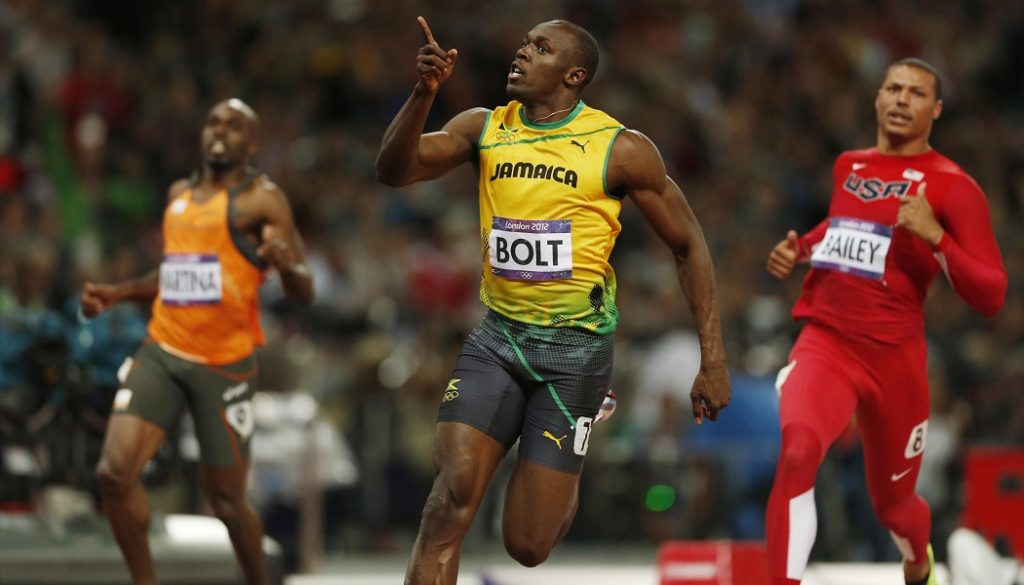 As London prepares to lead a global farewell to Usain Bolt at the IAAF World Athletic Championships, Michael Pirrie looks at how athletics, the premier Olympic sport, is preparing for life after Bolt, and the landmark reforms adopted by IAAF president Seb Coe and his Council to tackle doping and make athletics more appealing and entertaining to young people

The positions of last and first do not sit easily together in world sport or society, located at opposite ends of the spectrum of human achievement.

Nor do associations with being last in anything usually generate world-wide headlines, interest or fascination – unless it involves Usain Bolt, the fastest moving person on the planet, competing in the last races of his career over the next 10 days in London; 10 days that may shake the world of sport.

This will be a sporting event and farewell like no other in recent times, with Bolt’s final races generating global attention, like the moon missions and landings once did, in anticipation of something extraordinary happening.

Bolt has already made a lasting impression on the world – an athletic legend and showman who is perhaps almost uniquely gifted and accomplished enough to share the same space and stage as Muhammad Ali, the greatest of all time.

Last Training Session before my last race in London pic.twitter.com/LkVHOKMR45

Bolt is the best and most important sprinter in world history for the past century, standing alongside the great Jesse Owens. Bolt and Owens have both pushed the boundaries of human ambition and excellence to new and previously unattainable levels, with Owens capturing four gold medals at the 1936 Berlin Games in the 100m, 200m, long jump and 4x100m, a feat that has eluded even Bolt.

And like Ali, Owens and Bolt’s achievements have taken on a significance wider than sport in helping to highlight and address important issues in the cultures of their times, demonstrating the power of sport as a catalyst for change in society, a key focus of the IOC under current President Thomas Bach.

As a black athlete, Owens demolished Hitler’s theories of white superiority, while Ali also addressed racism, and social injustice, religious freedom and human rights. Meanwhile, Bolt has helped protect clean athletes and the credibility of sport in the current era of doping and corruption in sport.

London, a city synonymous for famous farewells, where stars of stage, screen, song and sport have often taken their final bows, bouquets and curtain calls, is preparing a grand goodbye to Bolt, who once broke three world records in one championship.

Bolt’s return to the Olympic city, stadium and park in London, now known as the Queen Elizabeth Olympic Park, where he became an Olympic legend five years ago as the first athlete to defend a 100 metres Olympic gold medal, has become a royal occasion and the talk of the town.

There have even been wild unconfirmed rumours that a tall athlete-looking man resembling Bolt was recently detained for a short period of time – less than 10 seconds – after he was clocked by radar speed walking at 60 kilometres per hour in a 5 kilometre pedestrian zone.

The former president of the IAAF, Lamine Diack, however, has been detained for much longer and will not be attending these World Athletic Championships following a series of internal bribery and cover up allegations linked to doping activity that have plunged the sport into crisis.

Bolt has never tested positive. His global popularity and performances have saved the credibility and reputation of sport worldwide, proving that athletes can win and produce extraordinary performances without doping.

However, there have been difficult, dark and emotional times in the countdown to the 2017 IAAF World Athletic Championships for London and the UK with the Manchester bombings, London Bridge and Westminster attacks and the Grenfell Tower inferno.

These have also been difficult times for Bolt too, following the death in a crash of his close friend the British high jump champion, Germaine Mason, in whose memory Bolt will dedicate his last races here in London.

Bolt loves London, a city he regards as his second home, and he loves the London crowds and Olympic stadium, where he ran the second fastest 100 metres in history at the 2012 Olympic Games, and hopes are running high that Bolt can once again lift the mood and spirits.

The London setting for Bolt’s final farewell comes courtesy of London 2012 Olympic Games boss, Sebastian Coe, who came to the rescue of the bid to bring the 2017 IAAF World Championships to London, when, amid fears that rival host city Doha was closing the gap on London, Coe rallied proven and respected bid performers Sir Craig Reedie, Olympian Denise Lewis and other influencers including former Olympics Minister Sir Hugh Robertson and London Mayor Boris Johnson to help bid organisers get London over the line.

Bringing the 2017 IAAF World Athletic Championships to London was vital to the success of the London 2012 Olympic Games, showing that the facilities built for London 2012 would have a legacy and future after the Games, and as he left the Monaco Hotel after the IAAF delegates voted for London, Coe’s phone went into meltdown with calls and texts from world sport and Olympic and political leaders including former IOC president, Jacques Rogge, Executive Director Gilbert Feli, UK Prime Minister David Cameron and many others who understood the wider significance of London’s win. That win has taken on a much greater significance since for Coe and world sport.

Sports fans, sports leaders and politicians worldwide will be attending the IAAF World Championships in London – the biggest global sporting event since the Rio Olympic Games – where new reforms pioneered and introduced under Coe’s direction as new IAAF President will be introduced for the first time, providing a much needed new model to address doping and corruption in world sport.

The reforms include Coe’s new Athletics Integrity Unit (AIU), which has deployed an extensive pre-Games intelligence led anti-doping campaign to eliminate cheating athletes before the World Championships start, and could, along with other measures, result in the cleanest ever elite global sporting event.

Athletics is the biggest and most important of the Olympic sports, drawing in the biggest crowds and revenues for Games organisers, and as the foundation Olympic sport whose disciplines and skills, ranging from running and throwing to jumping, underpin most other sport activity, the impact of Coe’s new approach to stemming corruption will be closely monitored by sports governing bodies and federations worldwide.

There is early signs that the ‘No Retreat-No Surrender’ approach to doping adopted by Coe and fellow British sporting leaders and advocates – including WADA president, Sir Craig Reedie, retiring IPC president, Sir Philip Craven and IOC member and Olympic medallist Adam Pengily, along with IOC leaders including John Coates, whose memorable description of Russia’s anti-doping system as “rotten to the core” still resonates with sports fans globally – may be starting to shift the momentum in favour of more radical change and reforms and restore confidence.

These signs include the biggest crowds and ticket sales ever for the IAAF World Athletic Championships, totalling 700,000 paid for tickets that will fill the former Olympic Stadium to capacity; a slew of new partnership, broadcast, sponsorship and service provider deals in recent months and interest in athletics.

Coe is also preparing for the world of athletics without Bolt with a new formula and look for the IAAF World Championships that will be on display for the first time in London, including shorter, sharper sessions, an increase in night events, and new in-stadium formats for sports presentation and entertainment.

These changes and early signs of progress at last could provide the IAAF, IOC and sport in general with a much needed opportunity to fight back and create a new narrative around the credibility and challenges of doping in sport.

Bolt has an aura that can transform massive sports stadiums into intimate theatre like experiences of emotion and drama much like those encountered in London’s famous West End venues, even as the eyes of the entire city, nation and world focus on Bolt’s every move as if he is the only person moving in a 60,000 seat stadium filled to capacity.

When Bolt emerges onto the Olympic Park track, Londoners will lift the new roof off the stadium in a crescendo of emotion, excitement, noise and applause that will be heard and felt around the world in a tribute and gesture of gratitude to the Jamaican, the likes of which has never been seen or experienced in a stadium or world sport before.

And this time Bolt will not be able to quieten the crowds or keep a lid on their love for what he has done for sport and for the world through sport, helping to keep their faith in values of sport and humanity alive. The cheers and encores could last for hours and the memories for much, much longer.