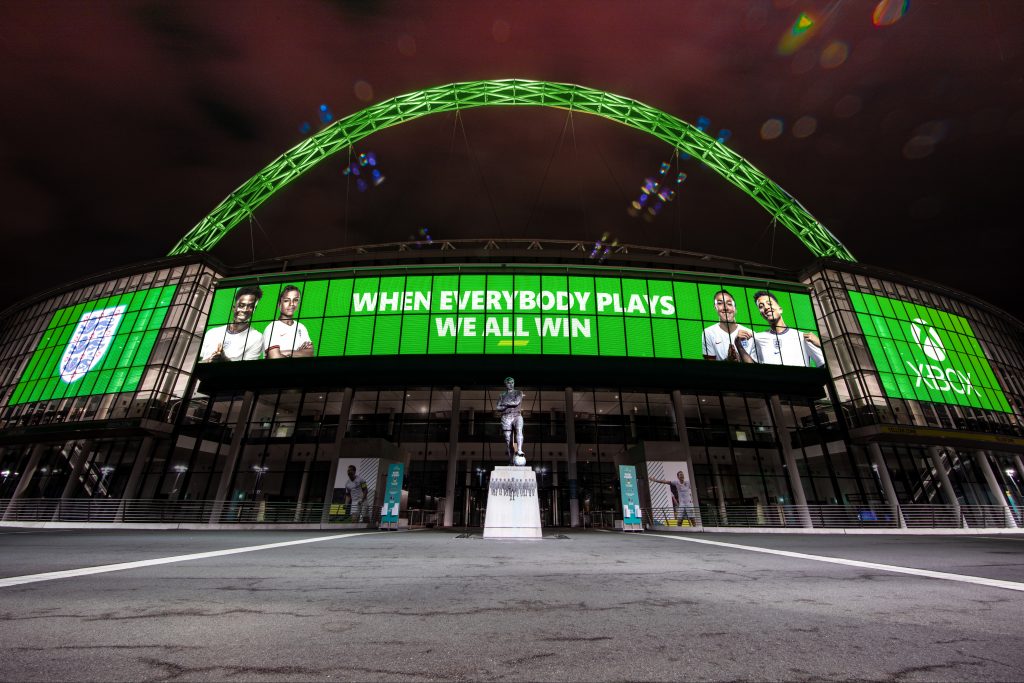 The Football Association (The FA) has today announced a new partnership with Xbox. Xbox will become the Official Gaming Partner of the England National Teams, across the Lionesses, eLions and the Three Lions, as well as Wembley Stadium connected by EE and St. George’s Park.

The partnership is a celebration of the driving principle of inclusivity in play shared by both Xbox and The FA. Xbox has long championed the importance of gaming being inclusive, accessible and safe for all, while The FA has a continued commitment to ensuring that all football participants in England have a great experience regardless of gender, sexuality, ethnicity, ability, faith or age. This shared vision to welcome all players is expressed in the newly announced partnership’s message: When EverybodyPlays, We All Win.

“At Xbox we strive to remove barriers and to empower people to experience the joy of play: millions of people around the world find common ground and connect through playing games, as they do with football,” said Marcos Waltenberg, Director of Global Xbox Partnerships.

“In The FA we see a tremendous organisation which has the same drive and ambition to empower people as we do at Xbox. Through our partnership we aim to bring further value to the England Football Teams and power the dreams of players and fans everywhere.”

Kathryn Swarbrick, The FA’s Commercial & Marketing Director said, “We are delighted to be partnering with Xbox, a brand that aligns with The FA’s values. Gaming is loved and embraced by fans across the world and we see this partnership as an opportunity to take that relationship to the next level for all of those connected with English football.

“’When Everyone Plays, We All Win’ is a message that rings true of what we strive to achieve at The FA and we hope that our inspirational national teams can bring great value to Xbox.

“As a not-for-profit organisation, commercial partnerships are vital in allowing us to continue to invest millions into all levels of the game, so we thank Xbox for that support.”

The partnership was unveiled before the England Men’s squad’s first training session at St. George’s Park since the summer tournament, and ahead of the qualifying match against Hungary on September 2; it sees Xbox committing to a grassroots gaming campaign with The FA, bringing exciting experiences for football and gaming fans across the nation.

More details of upcoming activities and how fans can get involved with the journey will be announced soon.