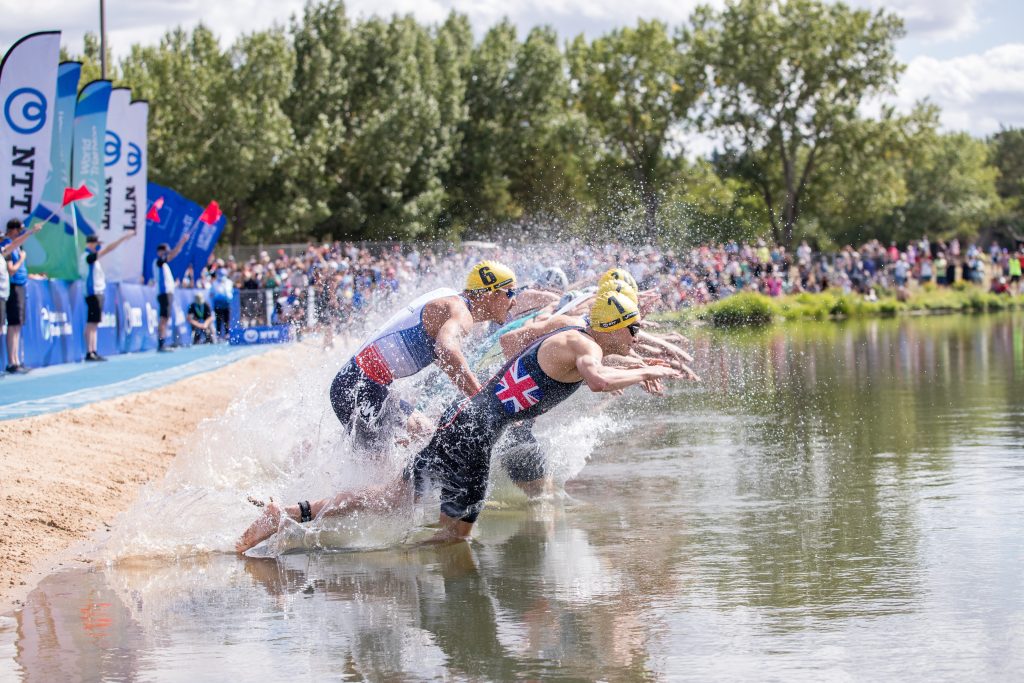 Host Cities, with the endorsement of their respective National Federation, can now bid to host a World Triathlon Championship Finals in 2024 or 2025, the crown jewel of World Triathlon’s annual calendar. Previous hosts have included such cities as London, Budapest, Beijing, Auckland, Chicago, Gold Coast, Lausanne or Edmonton, with the next ones planned in Abu Dhabi in 2022 and Pontevedra in 2023.

World Triathlon is also welcoming bids from Host Cities, with the endorsement of their respective National Federation, for a World Triathlon Sprint & Relay Championships in 2024 or 2025. The host of the inaugural edition of this event will be Montreal in June 2022.

The World Triathlon Sprint & Relay Championships creates an instant economic impact by bringing in a significant number of international tourists to the Host City, consisting of over 4,000 competitors, support teams, officials, family and friends. With the addition of local races, the number of competitors can exceed 8,000.

The World Triathlon Multisport Championships are designed to provide a well organised event in all triathlon-related multisport disciplines, with a wide global reach and high-quality competitions for athletes.

Taking place over approximately 10 days, the World Triathlon Multisport Championships is more than just a sports competition for the athletes. It is also an important development opportunity from the grassroots to elite level, giving athletes from a wide range of Age-Groups the opportunity to race. The entire occasion is a visual spectacle designed to inspire and motivate, from the experienced to the newcomer. The estimated number of athletes participating at the championships is close to 4,500.

The deadline for presenting bids for the Multisport Championships ends on 30 August, with the selected city to be announced on 28 November, 2022.

The World Triathlon Championship Series (WTCS) is the premier triathlon series and features the world’s best racing head-to-head in up to 10 races around the globe, including the flagship Championship Finals.

The hosting of Championship Series events offers cities opportunities to showcase their cities to millions of people via a live international television broadcast as well as to attract thousands of local, national and international guests and race participants. To date, annual on-site spectators for the Series events are upwards of 1 million.

Cities hosting World Cup events can expect to attract an audience of millions of people around the world, including live internet streamings on Triathlonlive.tv and the distribution of features and interviews on all World Triathlon platforms, as well as international news distribution and international print media coverage.

Bids are also welcomed to host Multisport Cups in 2023. Following on from the success of the Multisport World Championships, the Multisport Cups will be held throughout the season, with events providing new opportunities for top Elite athletes to compete for prize money, as well as mass participation Age-Group races, in multisport disciplines outside of the standard and sprint-distance triathlons. To be considered to host such an event, organisers must offer two of the following events; Long Distance Triathlon (including Aquabike), Duathlon, Cross Triathlon, Cross Duathlon and Aquathlon.

For cities interested in hosting Winter events, bids are welcomed for the 2023 World Triathlon Winter Cups and Championships. Triathletes from all over the world will contest the winter sport over a 6km run, 12km mountain bike and 9.6km ski course.

Cities interested in hosting the 2023 World Championships, World Cup races and Para triathlon events in 2023 or Winter Triathlon events must submit their bid documents before 31 July, 2022. World Triathlon will review all candidatures and will announce the winning cities on 15 September 2022, after the approval of the Executive Board.