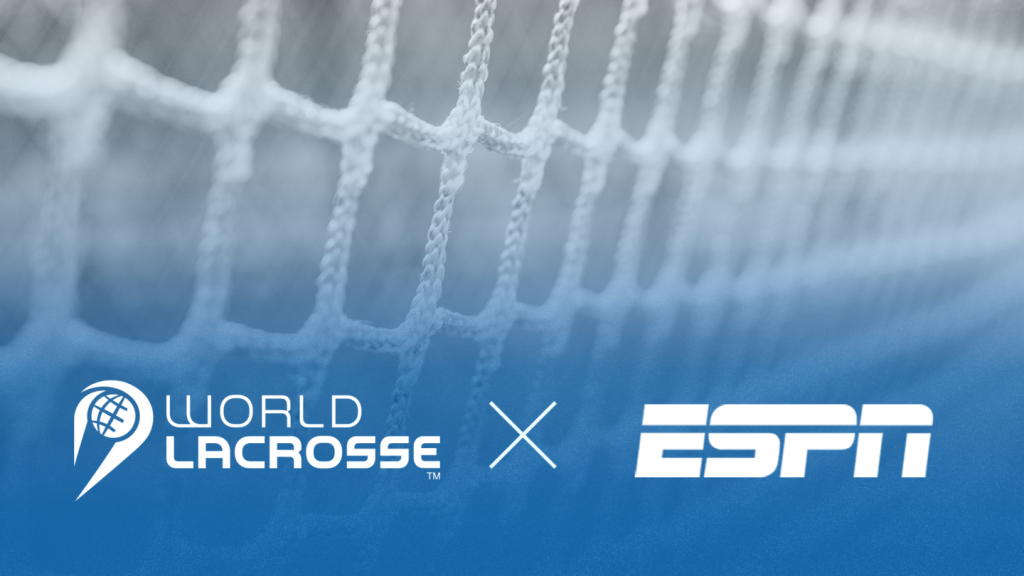 World Lacrosse and ESPN have reached a historic agreement, giving the network global media rights to World Lacrosse championships through 2023. A total of 246 games across three international events will be carried exclusively on ESPN’s linear networks or ESPN+ in the U.S., and in 170+ territories via ESPN International.

World Lacrosse CEO Jim Scherr said: “This is truly a historic day for World Lacrosse, and the millions of lacrosse players and fans in all corners of the world. ESPN is the ideal partner to further showcase our great sport around the globe as we experience exponential growth and interest in the game. This unprecedented coverage also provides a significant boost to our Olympic proposal as we seek to gain inclusion in the Los Angeles 2028 Olympic Games.”

Dan Margulis, ESPN senior director of programming & acquisitions said: “ESPN is excited to add extensive coverage of the World Lacrosse championships to our already expansive lacrosse vertical. The men’s and women’s world championships together with our overall college coverage and recent agreements with Athletes Unlimited, NLL and PLL demonstrates our firm commitment to the sport.”

ESPN networks will carry a total of 112 games during the women’s championship, including six on linear channels. The WLWC is slated to return to the United States for the first time in nearly two decades at Towson University in Maryland, where the U.S. will begin defense of its world title in just over a month. The event will represent the first time the World Lacrosse Women’s Championship (formerly known as the Women’s World Cup) has linear distribution in the United States, with the exception of the championship game in 2005 (CSTV).

Following the women’s event, ESPN networks will air 22 games from the men’s U21 championship, offering linear distribution of a junior-level lacrosse world championship for the first time. Two games – including the championship – will air in the U.S. on ESPNU, with an additional 20 matches on ESPN+. The 22 games will also be featured on ESPN’s international networks.

Details regarding the 2023 Men’s Championship will be shared at a later date, with coverage planned to match this year’s women’s event.