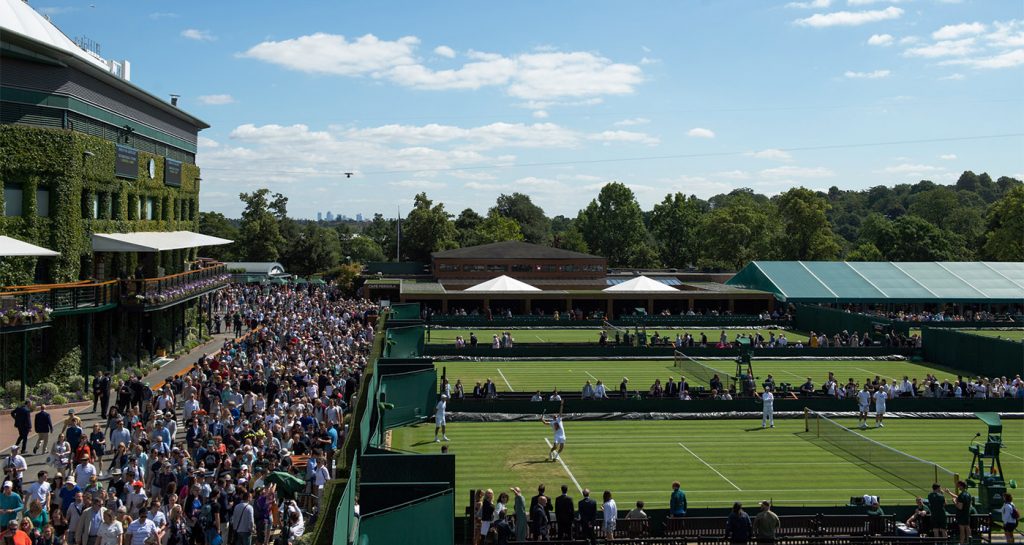 Wimbledon Shows No Love For Russia

Olympic Games and international sports advisor and commentator, Michael Pirrie, analyses the Wimbledon ban and says it highlights the important role of sport in opposing Russia’s war on Ukraine.

Tennis continues to reflect the new and rapidly changing landscapes of international society better than any sport, with the Wimbledon ban on Russian players heralding the dramatic scale of change.

The Wimbledon ban highlights overarching priorities of peace and security at the forefront of sport in the face of growing threats by authoritarian governments in a post-pandemic world.

The WTA immediately pulled out of highly lucrative long term contracts in China amid fears over the safety of players on the circuit.

While the boycotts did not prevent Olympic teams from participating in Beijing, China signed a controversial mutual support and cooperation pact with Russia in the countdown to its invasion of Ukraine.

Wimbledon announced this week that it has now made the difficult decision to ban Russian and Belarusian athletes from its competition this summer in the latest sanction to hit sport amidst a series of threats to global society.

“Criticism by Djokovic and others that the ban is extreme and politically inappropriate has lacked perspective and context.”

The ban follows the eviction of world number one, Novak Djokovic, from the Australian Open grand slam amid fears his unvaccinated presence could pose a risk to public health, safety and society.

Like the Djokovic drama, Wimbledon, has become a major news story internationally and, similarly to the Djokovic case, initial reaction to Wimbledon has been controversial because the ban is unprecedented. Criticism by Djokovic and others that the ban is extreme and politically inappropriate has lacked perspective and context.

It is also hollow and hypocritical, after Djokovic, who refused vaccination, challenged the Australian government’s right to protect its own borders from unvaccinated travellers, a primary transmission risk.

The absence of Russia’s tennis champion and world number 2, Daniil Medvedev from Wimbledon, will benefit Djokovic in his unrelenting quest to win a 21st grand slam, moving him potentially a momentous step closer to surpassing his nemesis Rafael Nadal and become the record title holder.

“The All England Club has refused to wave the white flag and surrender nor turn away from these alleged war crimes.”

Another critic, women’s tennis great, Martina Navratilova, indicating the ban confuses sport with politics, misses the point and harks back to previous times when the past was a foreign country where things were done differently.

The Wimbledon ban on Russian and Belarusian players is a powerful reminder of how Putin’s depraved assault on Ukraine continues to shock the world.

Those who are dismissive of the ban may forget the bombing, murdering, raping, and mutilation of women, children and the elderly and other atrocities by Putin’s terrorist troops. The All England Club has refused to wave the white flag and surrender nor turn away from these alleged war crimes.

“In the circumstances of such unjustified and unprecedented military aggression, it would be unacceptable for the Russian regime to derive any benefits from the involvement of Russian or Belarusian players with The Championships,” according to The All England Club and  Committee of Management.

While criticism of the Wimbledon ban was inevitable, the decision is an important moral victory that shows it is possible for sport to stand up to Russia.

While Putin has been a long time bitter critic of Britain, the ban heralds a major symbolic victory over the Russian dictator, focussing further international attention on the monstrous murder spree of countless defenceless people on Putin’s his orders.

Despite pockets of disquiet and opposition, the Wimbledon ban is a win for the silent majority in the UK and wider world appalled by the destruction of so many lives. The Wimbledon ban also reflects the values of wider international society beyond sport.

The annual tennis spectacular is one of the world’s most coveted and prestigious sporting showpieces, and a Russian win would be used as an unprecedented propaganda campaign by Putin who has long used sport to promotes Russia on the world stage.

This ban will be welcomed in many nations, including the tennis nations that have led much of the opposition against Russia – the UK, France, United States and Australia – and their allies.

As well as dividing, the ban will also galvanise the international sporting community in support of the Ukraine, a strong nation in tennis and other sports. If sanctions are to take their impact they need to be used by all. Although critics point to the injustice and suffering of Russian athletes impacted by the ban, the loss of ranking points and prize money seems little when compared to loss of life.

“Some Russian tennis players have made general statements for peace, but the failure to directly address or condemn the atrocities is believed to have disturbed international sporting figures.”

While several Russian players and athletes lead privileged and protected lives – 26-year old Medvedev has already notched up more than $23 million in prize money – thousands of young Russian soldiers have already died in the war.

Meanwhile, several young Ukrainian athletes have reportedly died on the front lines in defence of their homeland and loved ones, and many leading Russian sporting figures continue to prosper.

Some Russian tennis players have made general statements for peace, but the failure to directly address or condemn the atrocities is believed to have disturbed international sporting figures who are understood to privately support the Wimbledon ban and other protest gestures in solidarity with their Ukraine counterparts.

Michael Pirrie is an international major events and Olympic Games adviser and commentator.