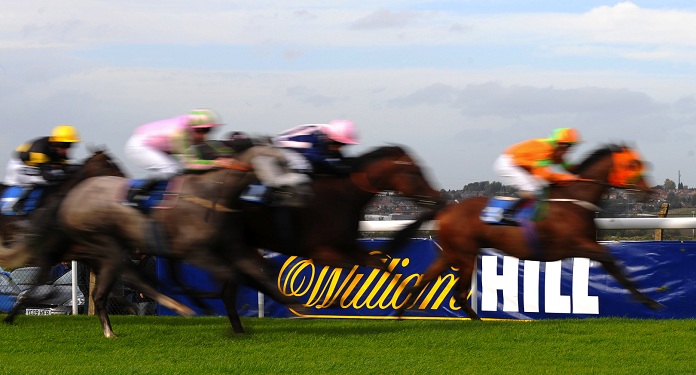 Racing League has signed global bookmaker William Hill as title partner of the inaugural Racing League, which gets underway at Newcastle Racecourse on Thursday 29 July and concludes at the same venue on Thursday 2 September.

Run over six consecutive Thursday evenings at four racecourses, including Newcastle, Doncaster, Lingfield Park and Royal Windsor, Racing League is a new and innovative team-based horseracing competition, comprising 12 teams and 36 handicap races, with £1.8million prize money at stake on the racetrack, plus £200,000 in bonuses for the winning team and top three jockeys.

Founded in the UK in 1934, William Hill is a recognised and trusted brand in the global sports betting and gaming market. While it has a number of large partnerships within the sport, Racing League showcases William Hill’s commitment to invest in and support the innovation of horseracing.

Commenting on the announcement, Liam McKee, Head of Sponsorship and Media at William Hill, said: “At William Hill, racing is part of our DNA, and the Racing League is a truly unique and innovative project that we are delighted to be involved in. Bring on next Thursday!”

The partnership includes all branding and naming rights of the William Hill Racing League, including the four host racecourses.

Each of Racing League’s 12 teams will ride in striking, bespoke colours and will consist of 2-4 trainers working together, three jockeys, stable staff and a squad of 30 horses. A £150,000 winner-takes-all prize will be up for grabs for the team that accumulates the most points over the League’s six meetings.

Oli Harris, CMO of Racing League, commented: “William Hill is one of the biggest names in the sports industry, and will help take Racing League to the next level in terms of our profile. We are very much looking forward to working with the team at William Hill to maximise this relationship. With a week to go until our first event, it’s a very exciting time for Racing League.”