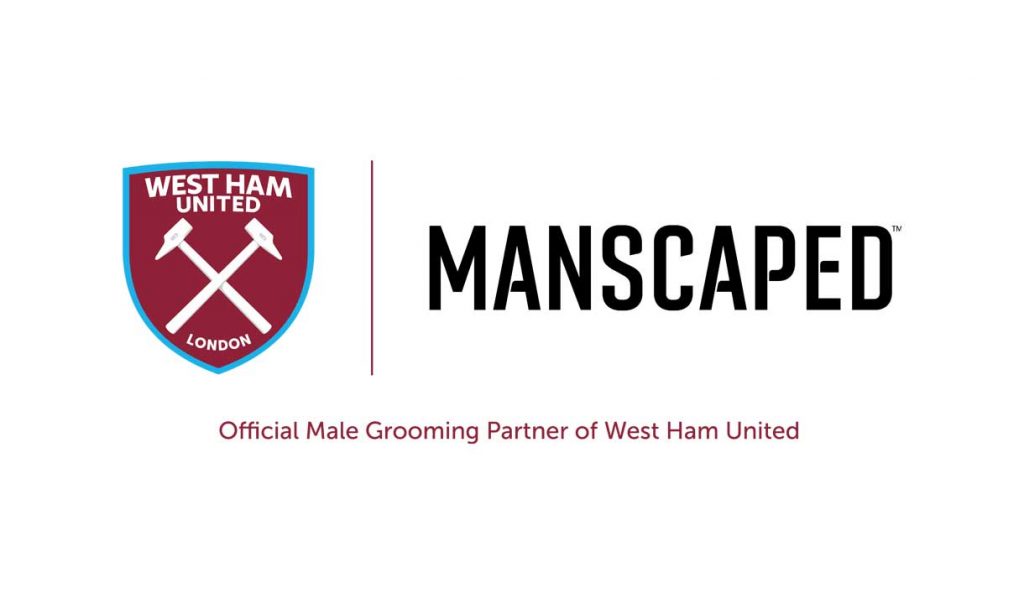 West Ham United is delighted to announce MANSCAPED™, the leader in male grooming and hygiene, as the Club’s Official Male Grooming Partner.

MANSCAPED has become a lifestyle brand admired and trusted by over two million men worldwide, and is the global leader in men’s grooming, hygiene, and self-care. Founded by Paul Tran in 2016 in San Diego, California, MANSCAPED tapped a white space within men’s grooming, sparking a fresh conversation that was once taboo, and creating a new category of its own.

MANSCAPED also shares the Hammers’ commitment to fighting testicular cancer – a disease with which late West Ham captain Bobby Moore and young Australian forward Dylan Tombides were both initially diagnosed with prior to their premature deaths. MANSCAPED’s long-time partnership with the Testicular Cancer Society aims to spread education and awareness about the disease.

This initiative will sit at the heart of the partnership between West Ham United and MANSCAPED, while the company’s brand logo will be seen on the LED boards at London Stadium on matchdays and across the Hammers’ Official Programme and digital channels.

Nathan Thompson, Commercial Director, West Ham United, said: “We are proud to partner with MANSCAPED, a company which sets the very highest standards with its range of male grooming products, and is also raising awareness of testicular cancer, which affects thousands of men across the UK every year.”

“We’re excited to announce our return to the Premier League stage in partnership with West Ham United, a club revered and respected by so many fans worldwide,” said Joey Kovac, VP of Marketing at MANSCAPED. “As a storied club full of phenoms and veterans alike, The Hammers are widely known for their exceptional performance, meaningful brand values, and total likability — qualities we often define ourselves with as a brand. We look forward to amplifying this special partnership throughout the 2021/22 season.”