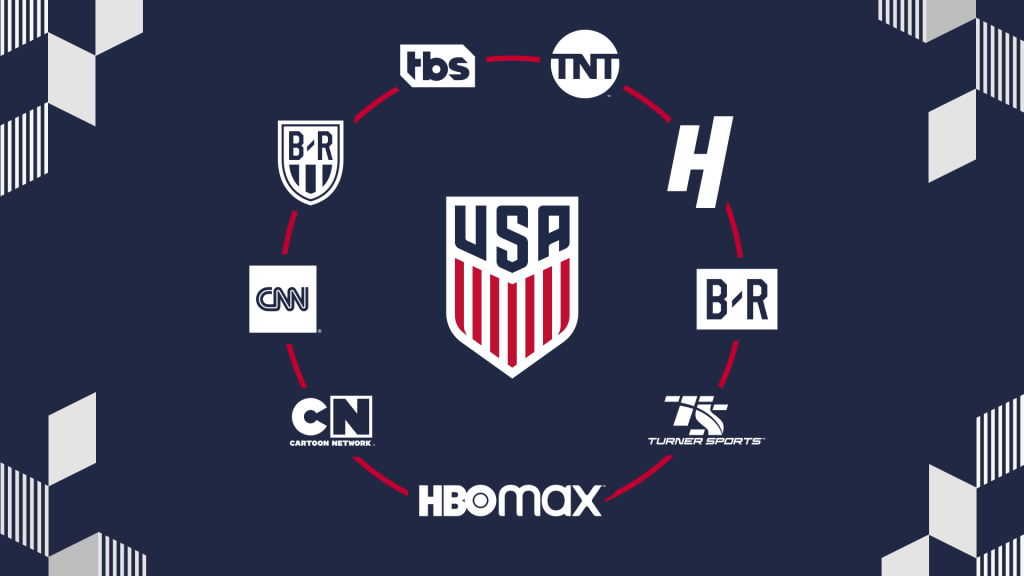 Turner Sports, a division of WarnerMedia, and the U.S. Soccer Federation have reached an eight-year multimedia rights agreement that will make TNT/TBS and HBO Max the exclusive English-language home to more than 20 Women’s and Men’s National Team matches each year. The new agreement, set to begin in 2023, will feature high-profile matches on TNT or TBS and a full slate of matches available through the HBO Max streaming platform. In addition, the strategic partnership will include digital and highlight rights for Bleacher Report and its portfolio brands, among additional content opportunities throughout the WarnerMedia portfolio.

HBO Max will live stream more than 20 United States National Soccer Team matches each year. TNT or TBS will televise approximately half of those matches – all simulcast on HBO Max – with the remaining matches being exclusive to the rapidly growing streaming platform.

“This is a significant milestone for Turner Sports and WarnerMedia, further demonstrating our commitment to the distribution of premium live sports content on HBO Max, while simultaneously fueling our leading entertainment networks, digital and social assets,” said Lenny Daniels, President, Turner Sports. “We’re excited to spotlight one of the most popular Women’s teams in the world, along with an ascending Men’s National Team, over the eight years of this agreement. This partnership offers us an opportunity to engage with their avid, young and diverse fan bases through all of our Turner Sports and Bleacher Report platforms.”

“We are thrilled to be partnering with Turner Sports at this amazing time for soccer in the United States,” said U.S. Soccer President Cindy Parlow Cone. “During our discussions it was clear how dedicated they are to growing soccer in the United States, especially their commitment to expand the women’s game. As we build towards 2026 and beyond, we have found a fantastic partner to spotlight the stories of our Women’s and Men’s National Teams.”

Per the terms of the agreement, Turner Sports will be the exclusive domestic, English-language rightsholder for U.S. National Team World Cup qualifiers, National Team friendlies (including premium U.S. matches against Mexico), send-off matches and special events leading up to and following the World Cup and Olympic Games, and the SheBelieves Cup, among additional events involving the Women’s and Men’s National Soccer Teams.

In addition to joining Turner Sports’ extensive portfolio of premium sports content – which also includes the NBA, Major League Baseball, the NCAA Division I Men’s Basketball Championship and National Hockey League, along with the depth of interactive fan experiences offered throughout Bleacher Report products and platforms – this partnership with the U.S. Soccer Federation will provide the opportunity to leverage a vast network of leading lifestyle and entertainment brands to drive next-gen soccer fandom and further expand the sport’s growing impact on mainstream culture in the United States.

Turner networks hold three of the top five ad-supported cable networks in primetime among adults 18-49, including TNT and TBS, along with four of the top 10 cable networks with millennials in total day. In a month when Turner Sports presents one of its tentpole events – such as NBA All-Star, the NCAA Division I Men’s Basketball Championship and the MLB Postseason – its portfolio reaches more than 100 million fans and drives more than 60 billion minutes of consumption for live event coverage across all platforms.